It’s Always Sunny in Philadelphia Season 15: Everything We Know 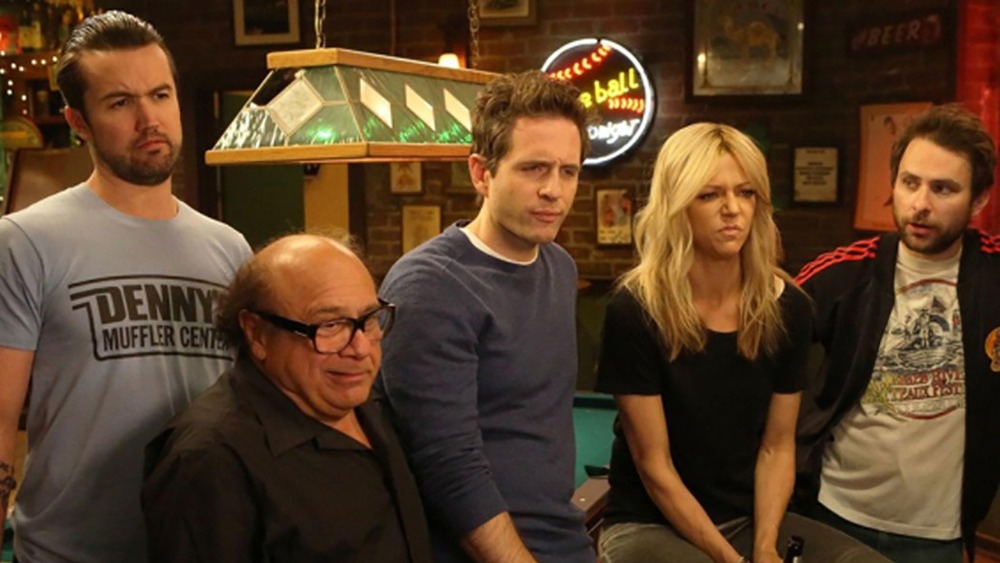 Created by Rob McElhenney and Glenn Howerton, ‘It’s Always Sunny in Philadelphia’ is a sitcom that follows “The Gang,” a group of five misfit friends who run the fictional Irish bar in Philadelphia, Paddy’s Pub. The series is packed with witty comedy as each of the members conspire against each other for personal gain or simply to put the other person down. The series first premiered on August 4, 2005, on FX but moved the base to FXX from the ninth season.

The critically acclaimed show is considered a genre-defining contribution to sitcoms. The cult hit has been praised for delivering nihilistic humor along with moments of warmth between the characters. With the massive fanbase that the show has garnered over 14 seasons, it is natural that they are anticipating another season. If you are wondering if that will actually happen, we are here to put your doubts to rest!

‘It’s Always Sunny in Philadelphia’ season 14 released on September 25, 2019, on FXX, and concluded on November 20, 2019. The fourteenth season comprises ten episodes with a running time of 18-25 minutes each.

What we know about season 15 will delight the fans! In May 2020, the show was renewed for its fifteenth installment, making it the longest-running live-action comedy series in the history of American television. Not only that, an additional three seasons have been ordered, bringing the count to a total of 18 seasons for the show. In January, McElhenney told the press that they would like to “keep doing it forever if people keep watching.”

Unfortunately, the release date of the fifteenth season has not yet been announced, although the show is scheduled for a 2021-release. McElhenney shared that each season takes approximately five months to produce. Given that there may be delays due to the coronavirus pandemic, if the season begins filming soon, it will most likely be ready by the second half of 2021. Besides, seasons 13 and 14 also released in September 2018 and 2019, respectively. So, in all probability, we can expect ‘It’s Always Sunny in Philadelphia’ season 15 to release sometime in Fall 2021.

can I offer you four more seasons in this trying time? it’s always sunny in philadelphia has been renewed through season 18, making it the longest-running live action sitcom in TV history. pic.twitter.com/EtIbGBljrO

It’s Always Sunny in Philadelphia Season 15 Cast: Who can be in it?

The five principal cast members have remained constant since the show’s inception and are expected to reprise their roles in season 15. This includes Glenn Howerton (Dennis Reynolds), Kaitlin Olson (Deandra “Sweet Dee” Reynolds), Charlie Day (Charlie Kelly), Danny DeVito (Frank Reynolds), and Rob McElhenney (Ronald “Mac” McDonald). Charlie and Mac are childhood friends and have been friends with the twins Dennis and Dee since high school.

Charlie’s roommate is Frank, who may also be his biological father. Legally, Frank is Dennis and Dee’s father. Together, they own and operate the unsuccessful Paddy’s Pub. The show also features a talented recurring cast comprising David Hornsby (Matthew “Rickety Cricket” Mara), Jimmi Simpson (Liam McPoyle), and Mary Lynn Rajskub (Gail the Snail). Almost all of the above-mentioned cast members are expected to return for season 15. We might also get to see some fresh faces in the upcoming installment.

It’s Always Sunny in Philadelphia Season 15 Plot: What can it be About?

Every season, The Gang finds hilarious ways to get back at each other or create chaos in their co-dependent relationships. Through this, it has also managed to shed light on several real-life issues, like the significance of the #MeToo movement and the matter of gender-neutral bathrooms. The final episode of season 14 showcases the gang at a laser tag facility, wondering what is the point of doing something over and over again if no one is having fun anymore. But it ends with them returning to gang up on Big Mo and declaring that they will never leave.

The upcoming season will bring to the screen many such episodes that pack a punch with their comedy while also focusing on timely issues. McElhenney teased that the season will address COVID-19 “in the way only ‘Sunny’ can.” He also drew parallels to an episode in season 7 called ‘The Gang Gets Quarantined.’ Not much has been revealed about season 15, but it will reportedly be politically charged. Glenn Howerton has said that the team is tempted to include the Four Seasons Total Landscaping event hosted by former POTUS Donald Trump’s personal attorney Rudy Giuliani.

The press conference created quite a stir when the staff of Trump’s 2020 re-election campaign booked a press conference at the Four Seasons Total Landscaping company. It is unclear whether they meant to do that or booked it accidentally while trying to book the eponymous Hotel. Either way, this was followed by fans of the show reaching out to Howerton to include it in the series. He said that usually, the team would not do something that the viewers are expecting, but he thinks this particular incident is “tempting.”