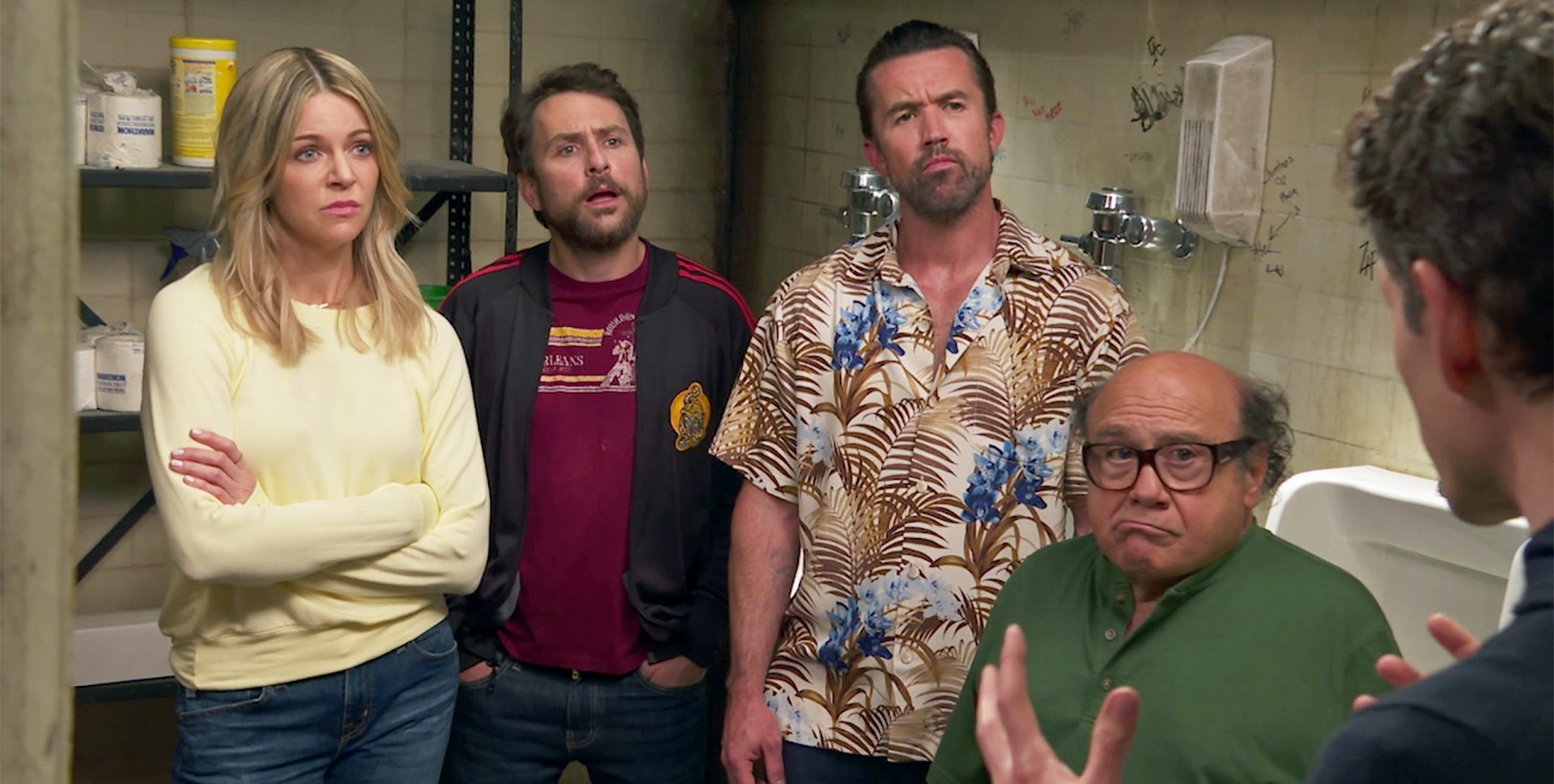 Created by Rob McElhenney and Glenn Howerton, ‘It’s Always Sunny in Philadelphia’ is a sitcom that centers around “The Gang.” The group of five misfits runs Paddy’s Pub, an unsuccessful Irish bar in South Philadelphia. The series progresses through their misadventures and exploits, which often land them in extremely hilarious situations. The show originally released on August 4, 2005, on FX and changed its home to FXX from the ninth season onwards.

Over the years, the show has received immense acclaim from critics and audiences alike, who praised the arresting storylines, humor, and performances. With its fifteenth season, the show has become the longest-running live-action comedy series in the history of American television. Naturally, fans must be eagerly waiting for updates regarding the prospects of season 16. On that note, here’s everything you need to know!

‘It’s Always Sunny in Philadelphia’ season 15 premiered on December 1, 2021, on FXX, concluding its run on December 22, 2021. The fifteenth season comprises eight episodes with a runtime of 18–25 minutes each.

As far as the sixteenth installment is concerned, there’s good news in store. On December 10, 2020, FXX announced the renewal of ‘It’s Always Sunny in Philadelphia’ for season 16. The renewal came as a part of the network’s four-season order, which promises the show till its eighteenth round. Since the filming of the new season is yet to be announced, fans may have to wait a while before “The Gang” returns with their riotous predicaments. Taking into consideration the time required for filming and post-production, we can expect ‘It’s Always Sunny in Philadelphia’ season 16 to release sometime in Q3 2022 or later.

can I offer you four more seasons in this trying time? it’s always sunny in philadelphia has been renewed through season 18, making it the longest-running live action sitcom in TV history. pic.twitter.com/EtIbGBljrO

It’s Always Sunny in Philadelphia Season 16 Cast: Who can be in it?

It’s Always Sunny in Philadelphia Season 16 Plot: What can it be About?

The show’s fifteenth season begins with “The Gang” looking back on the past year’s misadventures. When they come to know that their films are removed from the local library, the group makes their seventh Lethal Weapon film. Meanwhile, Dee shares her enthusiasm to go to Hollywood to pursue an acting career. Disheartened, Frank manages to find a monkey to replace Dee.

When Dee gets an acting opportunity in Ireland, the group takes advantage of the situation to visit the country. Things take a wild turn when Mac finds out that he isn’t Irish. In distress, he tries to join a seminary. Midway through their Irish adventures, Dee gets stuck in a bog, and Charlie attempts to fulfill an Irish burial tradition.

The upcoming season is expected to pick up from the gang’s outrageous trip to Ireland. Like the previous editions, season 16 will also bring episodes that feature atrocious situations “The Gang” will get into. Along with quality comedy, the episodes may continue to subtly address relevant social issues. Additionally, the new season may follow Dee’s ambitions and Mac’s identity crisis. All said and done, we can expect season 16 to be equally rib-tickling and entertaining as the previous seasons.

Read More: Is It’s Always Sunny in Philadelphia Based on a True Story?