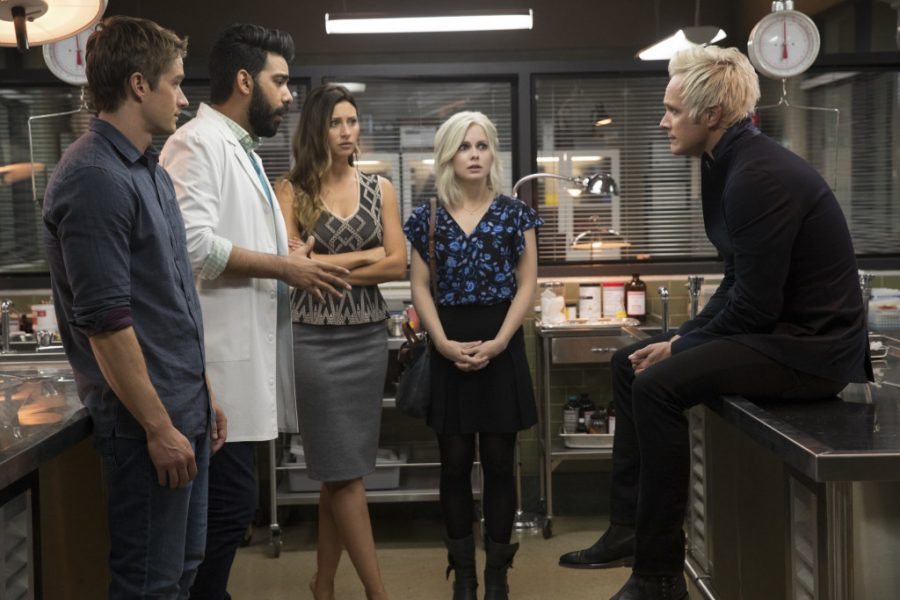 If you love zombie movies and shows but are bored of the same old tropes being reused time and again, it’d be worth your time to give ‘iZombie’ a watch. Developed by Rob Thomas and Diane Ruggiero-Wright for The CW Television Network, ‘iZombie’ gives a very interesting spin to the zombie genre and pulls it off with astounding style and wit. The show follows a medical resident who becomes a zombie and uses her newfound powers to help police solve murders and gruesome crimes.

The show has its roots in comic books and is a loosely based on a comic book series of the same name by Chris Roberson and Michael Allred which was published by DC Comics under its Vertigo imprint.

Season 1 of the show first made its way to viewers’ screens on March 17, 2015, and received widespread praise from critics and viewers alike. Since then, the show has seen five seasons. However, Season 5 is also slated to be the last season of the show, so don’t expect anymore zombie-aided crime fighting in 2020.

iZombie Cast: Who is in it?

In the show, Rose McIver plays the role of the protagonist Olivia “Liv” Moore, a former medical resident in Seattle who turns into a zombie after attending a boat party and subsequently uses her powers for public good. Malcolm Goodwin also gets considerable screen time as Clive Babineaux, a newly-transferred detective at the Seattle Police Department who starts enlisting the help of Liv to solve crimes.

Meanwhile, Rahul Kohli slips into the shoes of medical examiner Ravi Chakrabarti, a friend of Liv’s who assists her and studies her. Robert Buckley plays the role of Major Lilywhite, Liv’s ex-fiance with whom she breaks up after turning into a zombie, and Aly Michalka plays Peyton Charles, Liv’s best friend and roommate. Additionally, David Anders plays drug-dealer turned brain-dealing zombie Blaine “DeBeers” McDonough who gets a shot at redemption, and Robert Knepper plays Blaine’s estranged and abusive father, Angus McDonough.

iZombie Plot: What is it about?

While zombie shows or movies typically portray zombies as brain-dead creatures who crave nothing but human (and animal) flesh, ‘iZombie’ puts a new spin on it.

The story picks up after Liv attends a boat party and is attacked by a group of people using an experimental new drug. Following the attack, Liv starts losing interest in life, and finds out that she is turning into a zombie. Distraught and devastated, she abandons all pursuits in her personal and professional lives, and gives into her fate.

However, she finds a new purpose after she starts devouring the brains of murdered victims to satisfy her need for human flesh and retain her human qualities. Liv soon realizes that she has an ability to access the memories of the people whose brains she eats. Armed with this ability and aided by her friend and medical examiner Ravi, Liv takes a job at the King County morgue to sustain herself, and eventually starts helping out the Seattle Police Department solve murders. By accessing the memories of the corpses she devours, she starts helping Detective Babineaux in his cases. While Liv initially passes herself off as a zombie, Detective Babineaux eventually uncovers her secret, and as the show progresses, Liv even goes on to become a public figure known as the “Renegade”. Meanwhile, Ravi continues studying Liv and her condition, and works on trying to develop a cure to help his friend return to a normal life.

Yet, despite the morbid theme of the show, it is an absolute delight to watch for its mix of wit, comedy, and horror elements. Further, as the plot develops over the seasons, ‘iZombie’ increasingly starts to satirize modern society, thereby adding yet another new dimension to its already multi-faceted approach to the zombie genre.

Understandably, this fresh approach to the zombie genre has sat well with television critics, who have, till date, heaped praise on every season of ‘iZombie’. Seasons 1 and 4 enjoy outstanding scores of 92% each on Rotten Tomatoes, while Seasons 2 and 3 enjoy perfect scores. Overall, the show has an average score of 96%, making it a must-watch for fans of the genre. Among viewers, too, ‘iZombie’ found a lot of takers, and it enjoys a good overall rating of 7.9/10 on IMDb, after over 52,000 votes.

However, not everyone has been as happy with the show. For instance, Variety was rather scathing about the show, and wrote, “With all the angst-ridden teen vampires invited into our homes, zombies were perhaps deserving of equal time among the panoply of misunderstood monsters. Yet CW’s adaptation of the Vertigo comic “iZombie” pretty quickly starts to stumble from promising toward stale, basically turning its undead heroine into a youthful crime-solver — “Veronica Mars” with an inordinately pale complexion. Although the producer of that earlier series, Rob Thomas, is also at the tiller here, the more direct comparison might be “Tru Calling.” If so, then despite CW’s thus far blessed season, and a baked-in appetite among fans, “iZombie” would be just another dead show walking.”

iZombie Season 6 Release Date: When is it coming?

‘iZombie’ season 5 premiered on February 26, 2018 on May 2, 2019, and consisted of 13 episodes. As far as the next season goes, we have bad news for the fans. Season 5 happens to be the final season of the show. The show had run its course and  it was expected that The CW may not continue for another season. Though, fans should not lose all their hopes. There’s still a possibility that some other network picks up the show. If that happens, we will update you about ‘iZombie’ season 6 release date.

Here is the trailer for ‘iZombie’ season 5 to give you glimpse into this brilliant show and the story thus far.