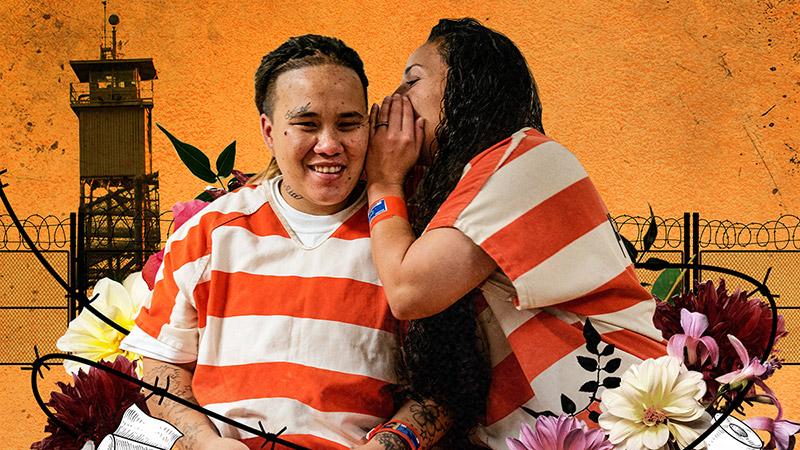 ‘Jailbirds’ is a unique Netflix original reality show that gives us a close look at life behind the prison bars. Earlier, Netflix produced the show ‘Orange Is The New Black’ where we got a fictionalized look at life inside a women’s prison, but this time around things get more real than ever before. The show is produced by 44 Blue Productions. They earlier produced the successful docuseries ‘Lock Up’ and ‘Nightwatch’. The production house has worked successfully on various shows across networks, even producing a documentary on Dwayne Johnson‘s tryst with the law called ‘Rock And A Hard Place’.

The show portrays the humane side of the inmates in the Sacramento County Jail. The focus is mainly on the women of the prison and we see them falling in love within the institution and trying to live their lives in the best possible way they can. Here is everything we know about the next season of the show.

Jailbirds Cast: Who is in it?

‘Jailbirds’ gives us a close portrayal of the life of female inmates inside the Sacramento County Jail. There are around 2400 prisoners inside the institution and only 10% of them are women. The show centers around some of these women. We see them enjoying their lives to the best that they can. They are convicted of serious crimes like murder, robbery, assault with a weapon, and so on. But what we see here are women just trying to get by every day.

When the inmates of a jail crowd your TV or computer screen through the length of a reality TV show, the experience is bound to be unique and riveting. These people are just themselves, and not trying to put up a facade for the camera which is common in other types of reality shows. The concept, the people in the show, and the theme is really innovative.

Jailbirds Plot: What is it about?

In ‘Jailbirds’. we get to meet some female prisoners who are serving time for some of the most horrendous crimes imaginable. But the fact that there is a soft, human side to all of us becomes really clear through this show. The women laugh, fight, have a gala time among themselves, and even fall in love. We see instances of several men and women in the prison who have developed a relationship with each, and that too in the most shocking of circumstances. One woman reveals how she met her boyfriend when he was in the adjacent bathroom. They began talking, hung out a few times, and then fell in love. The prisoners are seen inserting pipes inside toilets to talk to their girlfriends. How these people fall in love and manage to hold on to their relationships is the crux of what this show wants to convey.

An overall picture of how things work inside the prison can also be seen in the series. A female guard clearly says that it is almost a rule to break the rules. Prisoners come up with all sorts of innovative ways in which they can bring in prohibited things inside the prison. Fights break out on several occasions, and the guards always have to be very alert regarding the situation and handle it in the best possible way they can.

The one positive thing which resonates throughout the show is that these women, no matter how difficult the circumstances they are in, always try to make the best of it. One prisoner proudly says, “We might be locked up physically, but mentally and emotionally, I’m rolling”. However, they say that life behind bars is really tough. Another female prisoner clearly states, “Being here in jail, it’ll break you”, while a male inmate is of the opinion “These people are different in here, these are like wild baboons”.

Jailbirds Season 2 Release Date: When will it premiere?

‘Jailbirds’ Season 1 premiered on May 10, 2019. ‘Jailbirds’ surely comes under one of the most innovative shows to come to Netflix in recent times. The eye-opening account of the day-to-day life of women inside prisons and how criminals with serious charges live their lives knowing they cannot see the outside world for a long time is something we have hardly seen before.

Considering the unique concept of the show, we are confident that it will get another season. The new season can continue season one’s story arc or even focus on a different couple in a different prison. Our best guess is that if the show does get renewed, ‘Jailbirds’ Season 2 can release sometime in May, 2020. We will update this section as soon as we hear more.

While we wait for an update on ‘Jailbirds’ season 2, check out the season 1 trailer to refresh your memories. If you haven’t seen the show yet head over to Netflix to catch all the episodes of the previous seasons. Watch it yourself to understand the life at Sacramento County Jail: