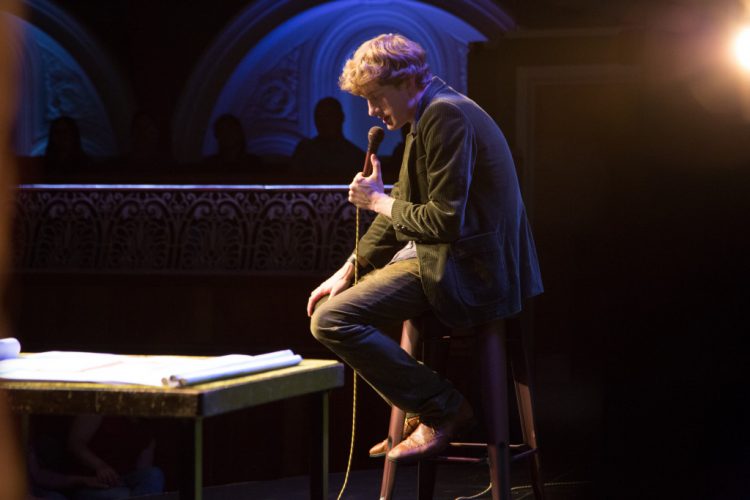 Apart from quality television series and movies, Netflix has also been focusing on stand-up comedies a lot. They regularly add new stand-up specials by established, as well as, upcoming comedians as these tend to attract a large number of viewers.

Stand-up specials are often bite-sized offerings that can be watched in one go, as opposed to say, a comedy television series that requires more commitment. ‘James Acaster: Repertoire’ is a collection of four stand-up comedy specials, directed by Daniel Lucchesi and featuring the titular British stand-up comedian.

While Minhaj’s show focuses on topical comedy with particular emphasis on explaining various political happenings in the USA and around the world, James Acaster’s show is really about nothing in particular. In a sense, Acaster’s comedy can be understood as being opposite to Minhaj’s.

The Netflix medium has proven to be quite a blessing for stand-up comedians who enjoy international prominence even after appearing in just one stand-up special. Acaster is relatively new to stand-up comedy landscape and a Netflix special translates to a great a leap for him. Other than delivering his prepared material though, Acaster often interacts with the audience as well and is known for his raw style of comedy.

James Acaster is a British stand-up comedian who was born and raised in Kettering, Northamptonshire. Apart from being a comedian, Acaster is also a drummer and has been a part of several local bands from his hometown. Acaster began his career by performing in several joint shows with other comedians in Edinburgh, Scotland.

One of his shows, known as ‘Prompt’, received great reviews and an enthusiastic response from viewers. The success of ‘Prompt’ led him to perform at multiple locations in England and Wales, followed by performing the show in Auckland, New Zealand. His performance earned him the New Zealand Comedy Guild’s Best International Act Award in 2013.

The first season of ‘James Acaster: Repertoire’ is divided into four episodes, titled ‘Recognise,’ ‘Represent,’ ‘Reset’ and ‘Recap.’ These episodes see Acaster discuss the mundanely offbeat things in life. His comedy is often quite relatable, raw and light-hearted. Some of the topics that he talks about include his love for loopholes, his childhood dreams and poor massages. Moreover, he shares findings from his revolutionary research on…bread, while also expressing his thoughts on ice cream, pasta terminology, and Twister.

The four episodes have been tightly scripted and not as mundane as the collection’s theme. In fact, the episodes are way more connected than one would expect from a stand-up comedy collection. Moreover, Acaster is in full command and control as he shifts his tone and tempo in a planned, yet natural manner.