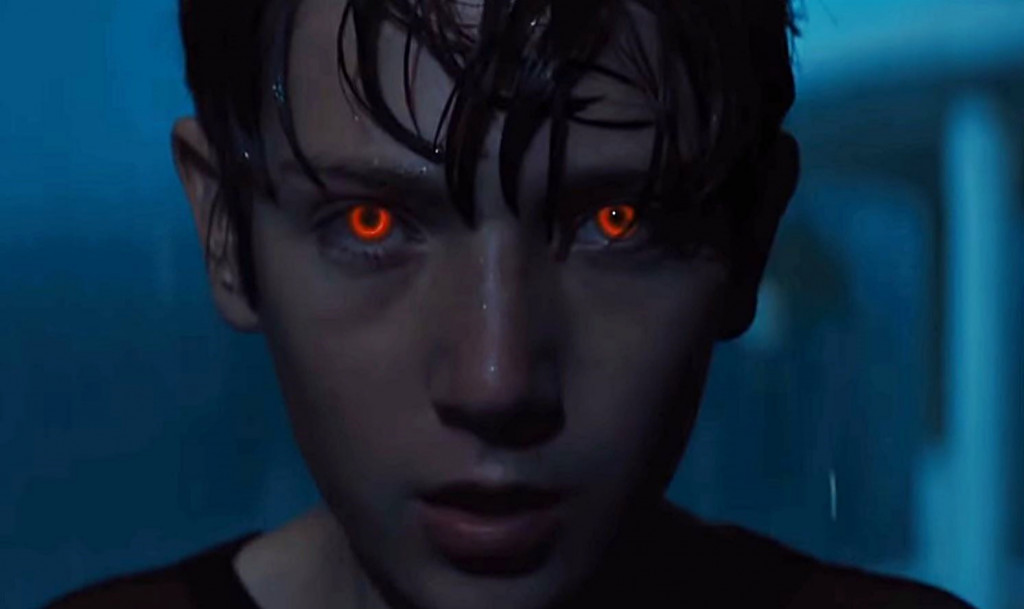 James Gunn has dropped the extended trailer for his upcoming movie ‘Brightburn’ as well as a chilling poster for the same. This marks the director’s first post on Twitter since he staged a return to social media after being reinstated to helm the upcoming ‘Guardians of the Galaxy’ movie by Disney. Gunn is wasting no time promoting the radically new genre of the film he is producing, vis a vis, superhero horror.

His tweet reads, “Our hearts and hands are busted making this movie for you guys. Join us in watching it on Friday, May 24, in theaters everywhere.” He followed this with an extended trailer of ‘Brightburn’. For those who have been keeping an eye on the project, the extended trailer just adds some new footage, but for those stumbling upon this for the first time, you are in for a treat. The official synopsis of the film reads, “What if a child from another world crash-landed on Earth, but instead of becoming a hero to mankind, he proved to be something far more sinister? With Brightburn, the visionary filmmaker of Guardians of the Galaxy and Slither presents a startling, subversive take on a radical new genre: superhero horror.” Basically, the film turns the Superman myth upon its head. a couple in Kansas discover an alien child who appears to be gifted. As the child grows up in the small town, he is bullied and made to feel like an outcast. This is where the similarities end between this kid and the Man of Steel. This kid decides to use his powers to settle scores and hurt people, and humanity looks pretty helpless in front of his powers which seems to include flight, laser eyesight, super speed, and super strength. For crying out loud, he manages to take down an entire airplane before hitting puberty!

‘Brightburn’ has David Yarovesky, of ‘The Hive’ fame as its director, while Brian and Mark Gunn, James’ brother and cousin respectively, have written the script. Yarovesky had earlier expressed excitement at the prospect of doing a superhero movie, saying, “I would go bananas for a big comic book franchise. I would love it so much. The truth is I wondered about that. I had a cameo in Guardians and I remember watching James and work and his relationship with his director of photography and the camera operators. Seeing how the pieces were moving, I was like, ‘our budget was probably 1/10 of their craft service budget, but the core mechanics are the same. They’re the same.’ I think I would feel pretty comfortable, pretty fast at a bigger budget honestly.”

With ‘Dark Phoenix‘ coming out as well, it appears as though the superhero genre is beginning to ask itself a new question. What if with great power, did not come great responsibility. What would mankind do against these enhanced individuals? While such questions have earlier been raised in superhero films and comics too, those asking the questions have always been portrayed in a negative light, and those with powers have always been shown to have a potential for good. Perhaps, ‘Brightburn’ will change all that, showing the sadistic side of an individual with extraordinary capabilities. Somewhere in a parallel universe, Batman must be smiling at the thought of a movie that essentially explores the worst possible scenario that could happen if Superman grew up to be a villain.

Anyhow, you can check out the extended trailer for ‘Brightburn’ below.