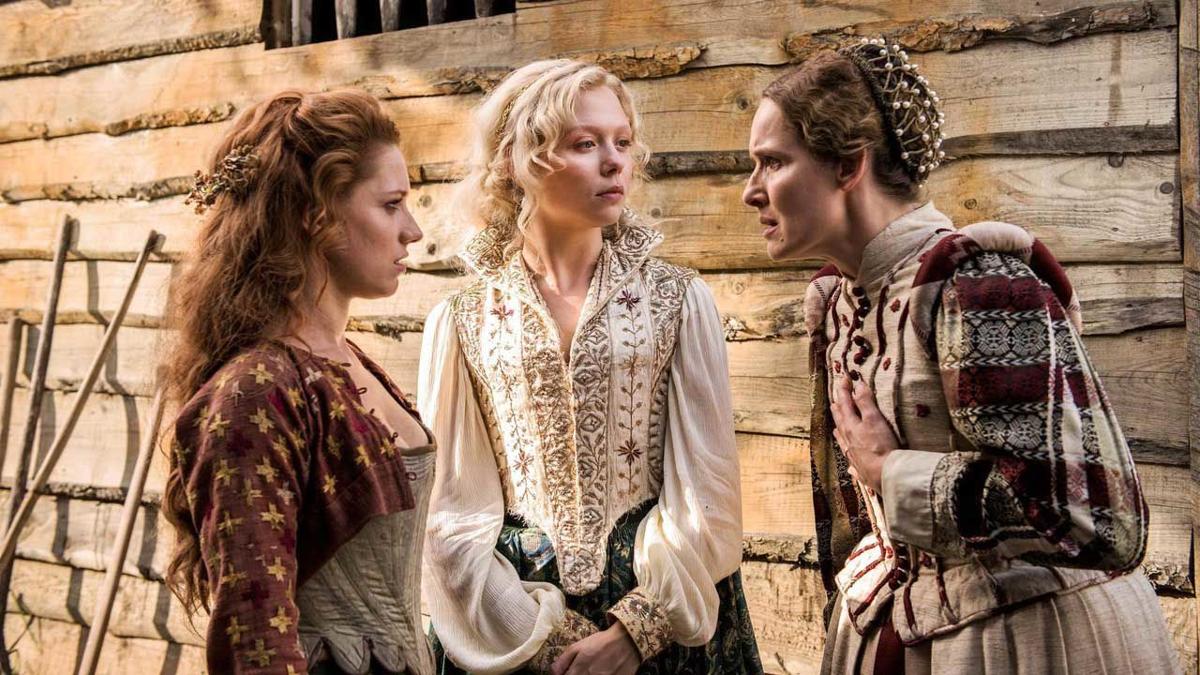 ‘Jamestown’ is a British period drama that revisits the roots of the US colonization by English settlers, way back in the 17th century. It is inspired by true stories and revolves around one important landmark of American history — the Virginia Company’s decision in 1619 to recruit single women “to make wives” for the colony.

Written by Bill Gallagher and produced by Carnival Films, who were also behind the making of ‘Downton Abbey‘ (which was eventually renewed for a film adaptation), it begins by narrating the events of Jamestown in 1619. It revolves around the first British settlers as they attempt to establish a community in this new world. Among those who arrive first on the shores of Virginia, we meet three spirited British women. Season 1 of ‘Jamestown’ premiered on Sky One in the UK in May 2017 and on PBS for the US on May 3, 2018. Season 2 aired on PBS from November 21, 2018, to January 7, 2019. Season 3 premiered on Sky on April 26, 2019.

Jamestown Cast: Who is in it?

‘Jamestown’ features an ensemble, star-studded cast. Naomi Battrick plays the role of Jocelyn Woodbryg, who is betrothed and married to Samuel Castell. Sophie Rundle stars as Alice Kett, the to-be bride for Henry Sharrow who later on married his brother Silas Sharrow (Stuart Martin). Niamh Walsh enacts the character of Verity Bridges, betrothed to Meredith Rutter, which does not happen eventually. Max Beesley stars as Henry Sharrow, the eldest Sharrow brother. Jason Flemyng is cast in the role of Sir George Yeardley, governor of Virginia Company of London.

Season 3 sees Ben Batt as a trader named Willmus Crabtree. Harry Grasby is another newcomer who plays the role of a young orphan Tamlin. Other actors who reprise their roles in the latest installment are Abiola Ogunbiyi as Maria, Salani Queypo as Chacrow, Matt Stokoe as James, Abubakar Salim as Pedro, Patsy Ferran as Mercy, and Steven Waddington as Redwick.

Jamestown Plot: What is it about?

‘Jamestown’ is loosely based on true historical events and it recreates the historic Jamestown settlement in Central Europe. The makers, during its development, consulted with period experts and studied historical records in order to build an accurate representation of the Native American Pamunkey tribe. The story takes place in the 17th century and is centered on the first British colony that was established on the edge of the untamed Virginian wilderness. After a challenging first decade, the community is now set for change with a new governor and 90 so-called ‘maids to make brides.’

Set 12 years after the discovery of Jamestown in 1607, the series takes us to 1619, when a trio of women, Jocelyn, Alice, and Verity, arrive from England in order to marry men to whom they have been betrothed. They have no idea about how this change is going to affect their lives and those residing in the new settlement. However, as soon as they arrive, the women realize that this nascent community is packed with power struggles, which go all the way up to the office of the governor and his employees. Gradually, they understand that if they have to survive, they need to rely on and trust one another.

Season 2 picks up the threads of the story from season 1 and chronicles the lives of the settlers, now filled with threats of murder, treachery, and abduction, both from outside and within the colony. We witness that the tobacco plantations do provide the wealth as promised. However, new births, broken marriages, and fresh arrivals create chaos and confusion. There’s also that ongoing battle with the original natives who demand their rightful share of the profits. But who wants to give up their newly acquired Virginian riches?

Season 3 returns to delve deeper into the adventures of these colonists as they embark on multiple ventures and quests, which revolve around love, power, and diplomacy. Trade is now at an all-time high and tobacco farms are booming. However, the pioneering colonists need to battle with the new arrivals, who also crave for power and identity. With increasing tensions between the Englishmen and the Pamunkey tribe, we are yet to see if the inhabitants can stick to their ideologies. The episodes also follow Silas Sharrow who had previously deserted the colony in Virginia and joined the local Native Americans.

‘Jamestown’ is a gripping and informational period drama that chronicles the events of the real-life Virginia colony, which was the first successful British settlement in America. Named after King James I, it is the hub “where the British Empire began” and set the base for modern Western democracy.

Jamestown Season 4 Release Date: When will it premiere?

‘Jamestown’ Season 3 premiered on on PBS in the US on June 16, 2019, and on Sky One in the UK on April 26, 2019. For its US viewers, the show is available in PBS Passport and the PBS MASTERPIECE Amazon Channel. Just like its predecessors, the third installment comprises eight episodes.

As far as the next season is concerned, unfortunately for the fans, ‘Jamestown’ won’t be returning for a fourth season. Sky has already confirmed that Jamestown season 3 is the final part of the period drama. According to Cameron Roach, Director of drama for Sky: “The third series marks the final chapter of an incredible story, which offers huge emotion as well as a thrilling adventure, and we can’t wait for it to be shared with our audience.”

Will another network like Netflix pick up the show for a fourth season? Unlikely but never say never. If by any stroke of luck another season happens, we will let you know about Jamestown season 4 release date.

While we wait for any positive news on season 4, here’s the official trailer for ‘Jamestown’ Season 3. You can check it out below. If you have not watched the show yet, you can also head to their official PBS site to catch up on all of its previous episodes.