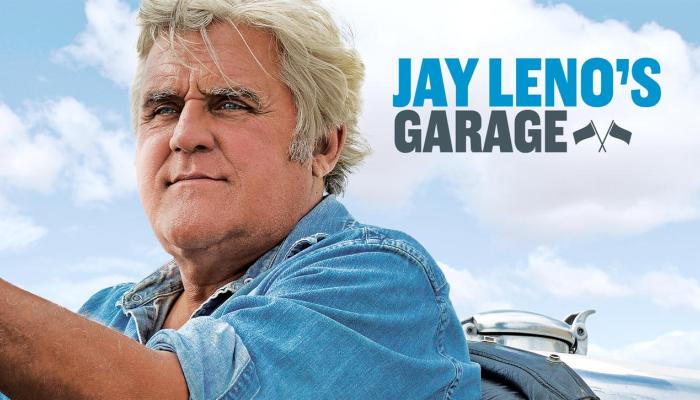 ‘Jay Leno’s Garage’ is an American motoring web and reality television series, hosted by Jay Leno, a motor vehicle enthusiast, and a renowned tv personality, who talks about a plethora of cars and motorbikes. The show first started airing on NBC.com as a web series. The first season then premiered on CNBC and became a weekly prime-time series from October 7, 2015, onward.

In the show, Jay Leno offers his reviews on cars and motorcycles of all types. We have classic cars, supercars, restored cars, vintage, and sports cars — just name it and the series covers it all! The garage where all the cars are displayed is named Jay Leno’s Big Dog Garage. The show has maintained a steady viewership throughout its run. It has won a Primetime Emmy Award for “Outstanding Special Class – Short-Format Nonfiction Program”.

The current, fifth edition of the show went on a hiatus, following its eighth episode. Read on to know when ‘Jay Leno’s Garage’ season 5 will return on CNBC.

The show is hosted by popular stand-up comedian and talk show host, Jay Leno. Leno owns over 275 classic, rare, antique, and sporty cars. The man is a legend behind the wheels and of course, on the screen as well. He is seen exploring different aspects of automobiles, which includes testing supercars, analyzing their history, and getting acquainted with the latest innovations.

Apart from him, we mostly have celebrities appearing in the show with their amazing collection of cars. The featured celebs are also automobile enthusiasts and experts in the motor vehicle arena. Donald Osborne, Tim Allen, Gabriel Iglesias, Ben Collins, Kevin Hart, and Steve Hoffman are a few familiar faces to have graced Leno’s show.

What is Jay Leno’s Garage Season 5 About?

As we already established, Jay Leno is a huge fan of motor vehicles and has a long-spanning career as a talk-show host. He combines his expertise in both these areas and turns the show into a prime time entertainer for viewers. The Big Dog Garage which is featured here is situated in Burbank, California near Hollywood Burbank Airport.

The garage has a vast collection of cars and motorcycles. It is customized according to the specifications required for the show and is built using a ground-up approach. The garage has a team of mechanical engineers who are experts in motor vehicles. Their work in the garage is to fix, restore, or customize any vehicle that lands in the premises.

Some of the cars present in the garage are 1994 McLaren F1 (the car has an estimated value of $12 million and is one of Jay Leno’s favorites), 2006 EcoJet (this one-of-its-kind and a beast of a car runs on biodiesel and is designed by Leno himself), Koenigsegg CCXR Trevita (capable of going from 0 to 60mph in less than 3 seconds; it has an estimated price of $4.8 million), 1967 Lamborghini Miura P400 (only 741 units were manufactured during its initial production; it has an unpredictable performance and is known for starting off the age of supercars), 1939 Lagonda V12 (this car is a replica of the original vintage car from 1939; it has an estimated value of $2.56 million).

In the show, Jay leno gives viewers an insight into the whole process of collecting cars as a hobby and maintaining them. We also see Leno taking over the restoration projects of vintage cars. While offering his advice on the restoration of old cars and the maintenance of new cars, he also talks about the technical specifications of the vehicles. The most intriguing part of the show is when Jay Leno goes out on road-tests with his guests. It gives the audience the vibe of a road trip movie.

Watch the opening of the first episode of ‘Jay Leno’s Garage’ Season 5, which features Kevin Hart: