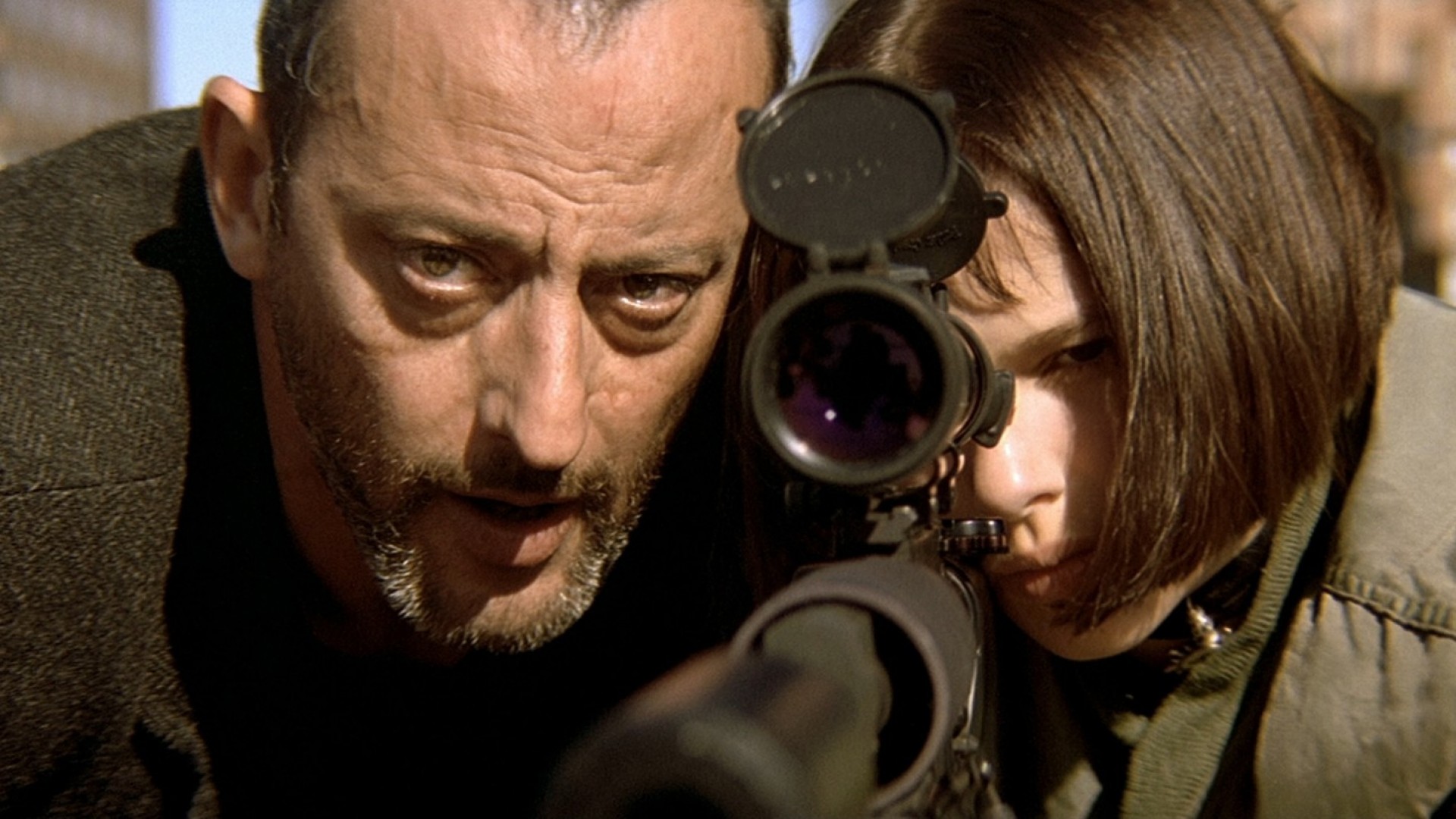 Jean Reno is one of the most prominent French actors working in cinema today. He established his distinctive identity and charisma ever since his breakout role in the 1994 thriller, ‘Leon: The Professional’ directed by Luc Besson. In the next decade, the actor emerged as a prominent figure in French, English, Japanese, Spanish, and Italian productions. His major works include ‘Crimson Rivers,’ ‘Godzilla,’ ‘The Da Vinci Code,’ ‘Mission: Impossible,’ ‘The Pink Panther,’ ‘Ronin,’ ‘Les visitors,’ ‘The Big Blue,’ ‘Hector and the Search for Happiness.’ So now you must be wondering what is the next Jean Reno movie or TV show? Well, here’s the list of upcoming Jean Reno films and TV shows scheduled to release in 2019 and 2020. We can only hope that the latest Jean Reno movies would be as good as some of his recent ones. 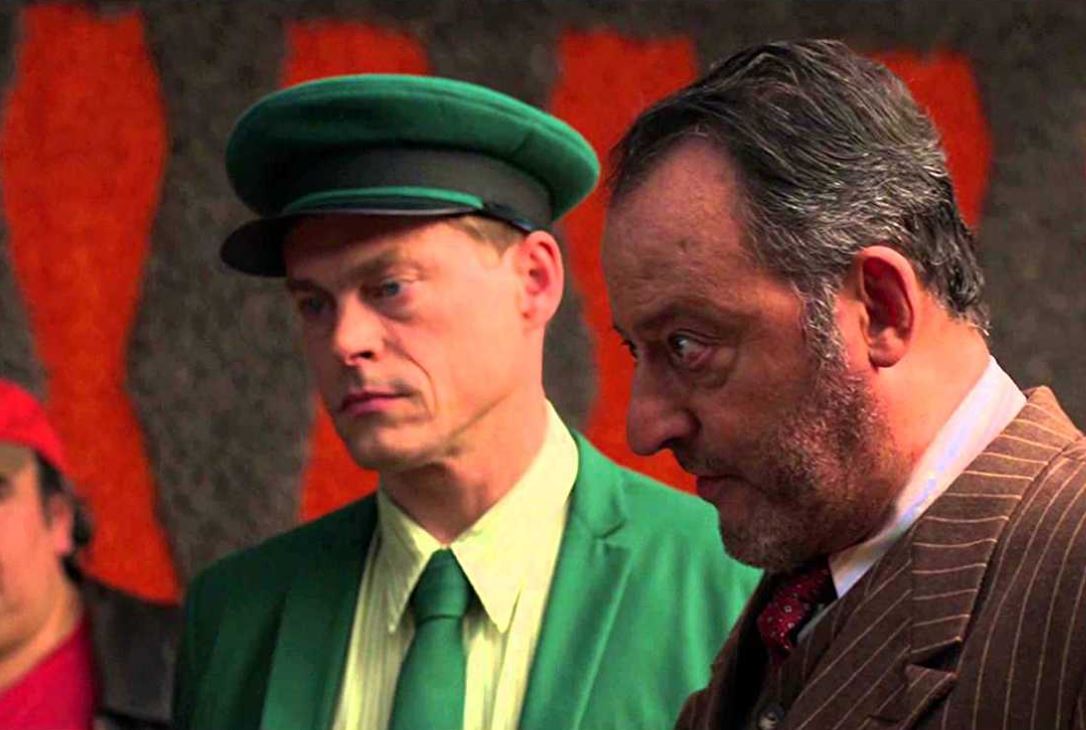 ‘Waiting for Anya’ is an upcoming World War II drama starring Jean Reno. The French actor plays the character of Henri in the movie alongside Noah Schnapp, Anjelica Huston, Thomas Kretschmann, Elsa Zylbertsein, Tomas Lemarquis, Josephine De La Baum, and Sadie Frost. Based on the 1990 children’s novel of the same by Michael Morpurgo, the plot is set in a war-torn Southern France where Jo (Schnapp), a young shepherd boy, and his grandfather Henri (Reno), risk their lives to save a group of Jewish children by helping them to cross the Spanish border, reports Variety. ‘Waiting for Anya’ is directed by Ben Cookson from a screenplay he co-wrote with Toby Torlesse. The banner 13 Films based in Los Angeles executive produces the movie, which is expected to be released in 2019.

6. Polina and the Mystery of a Film Studio (TBA) 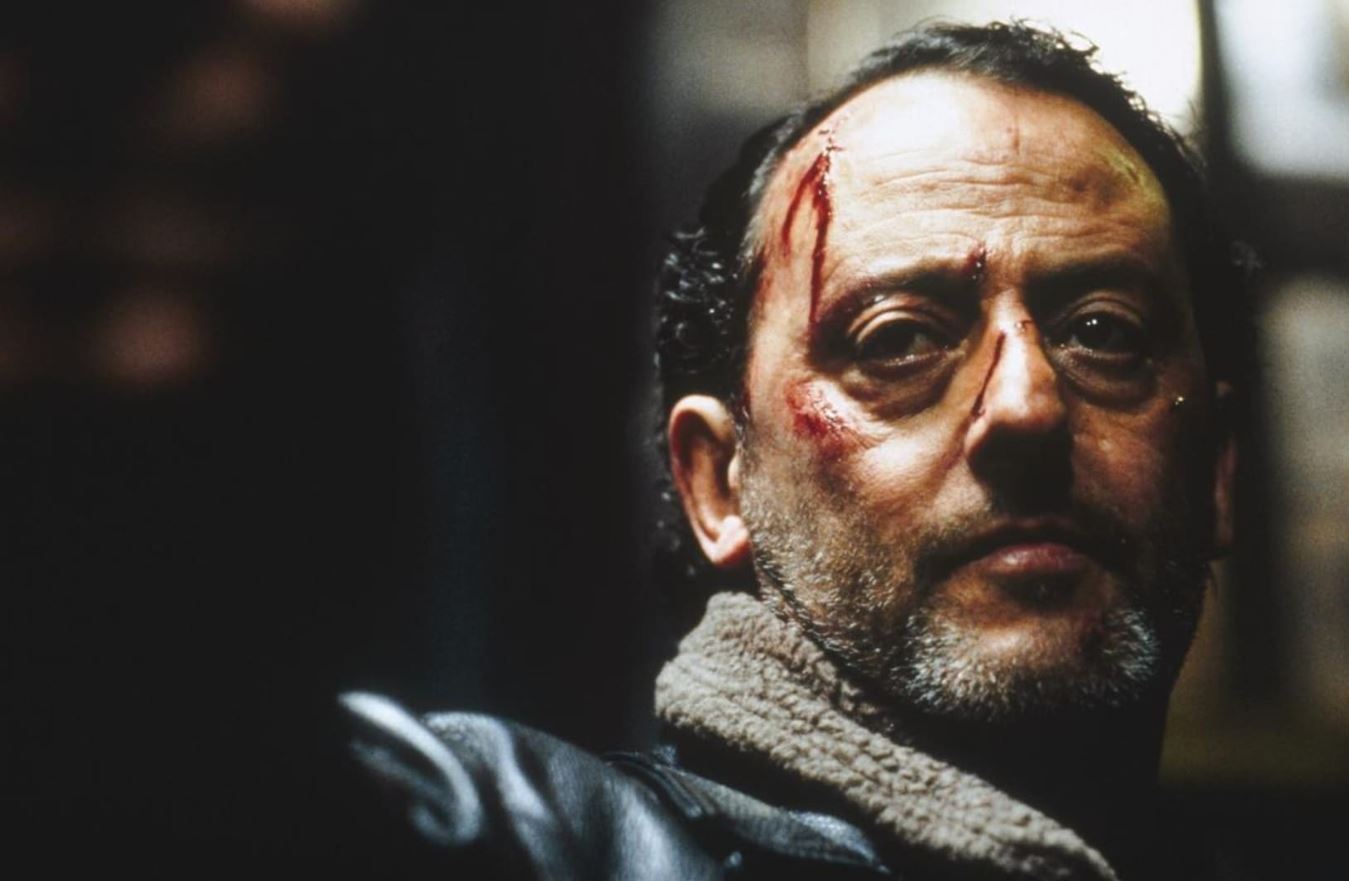 Billed as a family adventure flick, ‘Polina and the Mystery of a Film Studio’ is a Ukraine, Belgium and France co-production in the French language. The plot follows Polina, an eleven-year-old girl who finds herself reeling under the tentacles of her evil aunt and cousin. They plot to eliminate the girl to possess a film studio that belongs to her. But Polina escapes from their house and embarks on an adventurous and magical journey through films to unravel the mystery surrounding her birth and parents. But the girl has to unearth the secret before midnight with the help of some new friends. Polina Pechenenko plays the central character of Polina while Jean Reno reportedly appears as Screen Hologram. Other cast includes Virginie Ledoyen, Saul Rubinek, Edouard Baer, and Audrey Marnay. ‘Polina and the Mystery of a Film Studio’ is directed by Olias Barco from a screenplay he wrote with Saul Rubinek. The movie is scheduled to hit theaters in Ukraine on August 22, 2019, 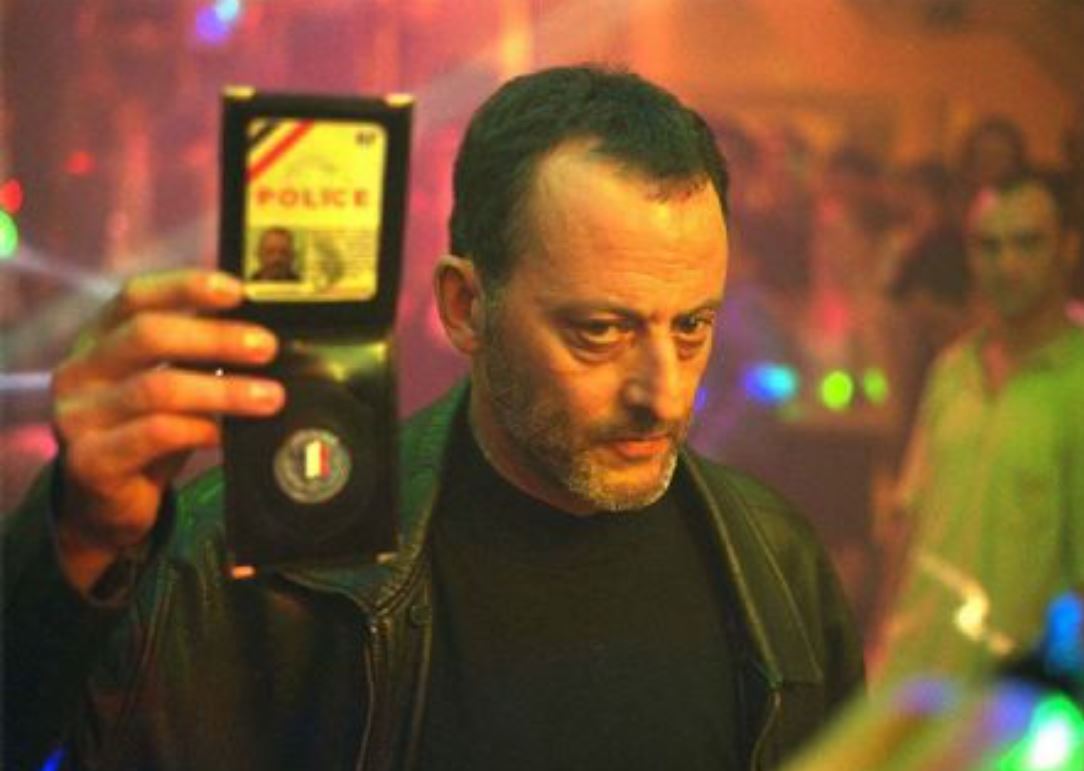 The upcoming action-packed thriller ‘Doorman’ features Katie Holmes and Jean Reno in the lead roles. The movie tells the story of a Marine who is haunted by the harrowing experiences of the war. Upon returning, she looks forward to healing the wounds on her psyche and earns a job as a doorman at a major apartment building in New York. But her path of normalcy is distracted by a band of ruthless mercenaries who comb through the walls of the building for an invaluable work of art hidden somewhere in the premises.

The intruders have to deal with the troubled doorman-turned-Marine before turning the building upside down in their search. ‘Doorman’ is directed by Japanese director Ryuhei Kitamura from a screenplay by Lior Chefetz, Joe Swanson and Winer, which in turn is based on a story by Greg Williams and Matt McAllester. The project, which is in post-production, hasn’t got a release date yet, according to Variety. 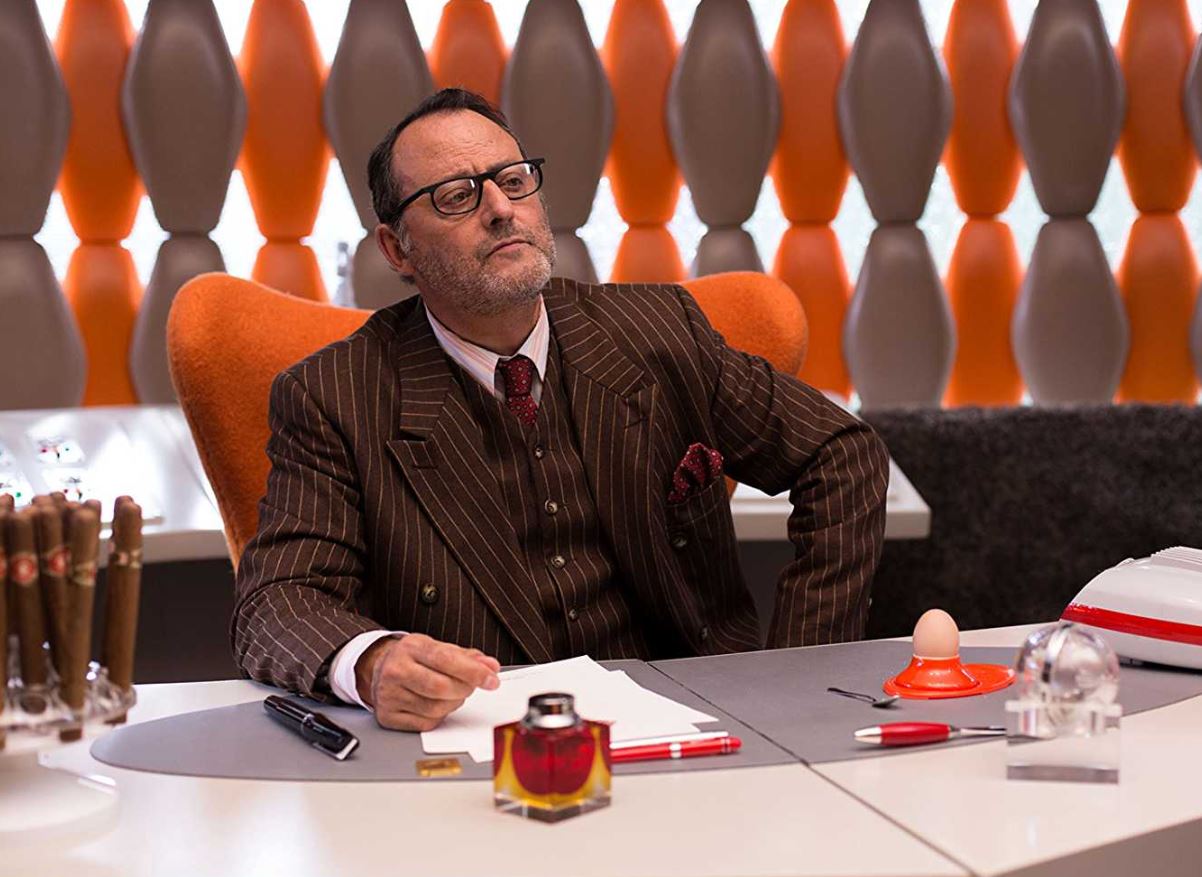 Jean Reno teams up with director Spike Lee and streamer Netflix for the upcoming Vietnam War epic ‘Da 5 Bloods.’ According to Deadline, the movie follows four African American soldiers on their way back to Vietnam where they lost the squad leader (Chadwick Boseman) at the peak of the war. They want to find the remains of the missing man along with a treasure buried down under. But the mission is not a cakewalk as they have to face the aggressive natives and hostile wilderness that have seen many wars and enough gore in the past. Apart from Reno and Boseman, the movie also features Delroy Lindo, Jonathan Majors, Paul Walter Hauser, Clarke Peters, Isiah Whitlock Jr., Norm Lewis, Mélanie Thierry, and Jasper Pääkkönen. Lee directs the movie from a screenplay he co-wrote with Danny Bilson, Paul DeMeo, Matt Billingsly, and Kevin Willmott. ‘Da 5 Bloods’ is currently in post-production.

Described as a cat-and-mouse style thriller by Variety, ‘The Manuscript’ tells the unusual story of a genius (Jamie Foxx) who sends out chapters of a novel he is writing from the prison to an aspiring writer (Scott Eastwood). Though the chapters impress him with their narrative brilliance, the exchange makes him vulnerable to a ploy that involves stolen diamonds worth $100M devised by the criminal mastermind. Jean Reno plays the character of Le Grenouille whose whereabouts are under tight wraps. ‘The Manuscript’ is directed by Nick Cassavetes, who is best known for ‘The Notebook’ and ‘The Other Woman,’ from a script by Louis Rosenberg and Joe Rosenbaum. The movie will presumably come to theaters in 2020.

‘The Man Who Saved Paris’ is set against a Paris in debris after World War II. The French capital, which has been freed by the Allies from the grip of Nazis, is in the process of rebuilding a city from scratch. The new administration tasks the prominent brothel owner in the town to uplift the image of the capital. Jean Reno will be seen alongside Stanley Tucci, Kristen Scott Thomas and Tom Wilkinson in the movie. ‘The Man Who Saved Paris’ is directed by Robert Budreau from Phillip Jayson Lasker’s script. No release date has been attached to the movie yet. 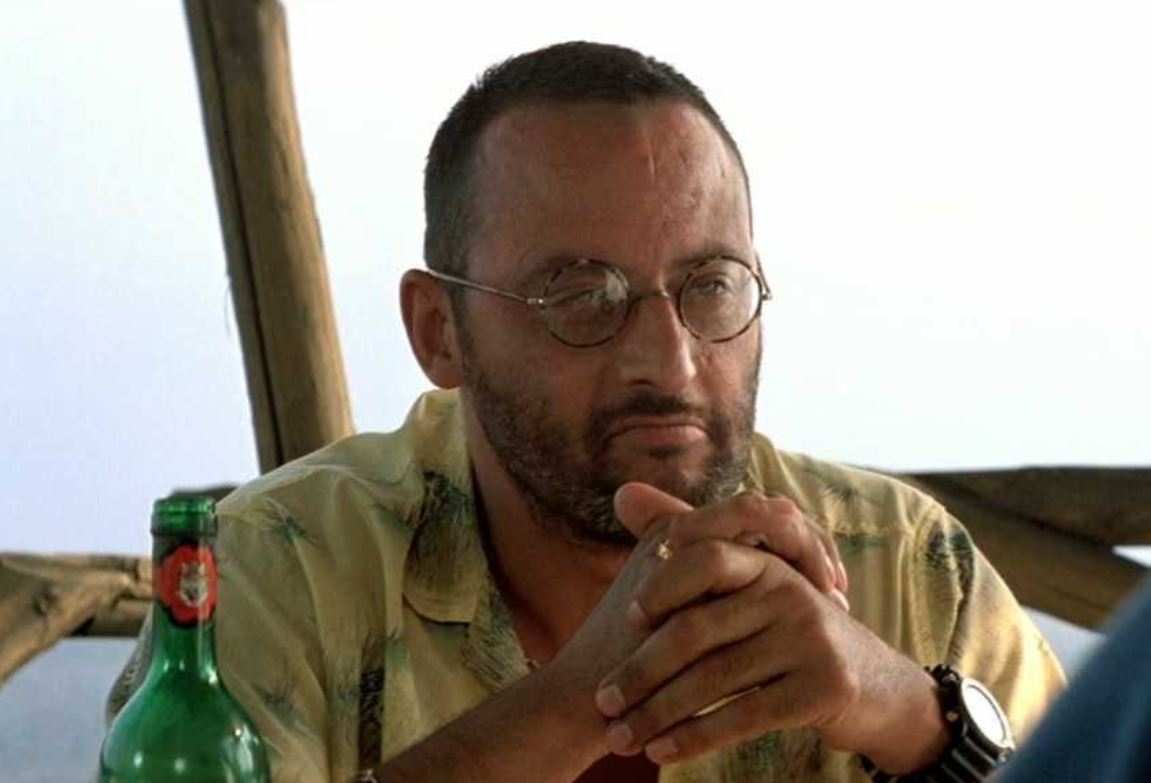 The French cop thriller ‘Bronx’ features Jean Reno, David Belle and Stanislas Merhar in the lead roles. The plot follows Richard Vronski, a cop notorious for his out-of-the-way methods, who investigates the murder that took place in the ruthless underworld in the city of Marseilles. While the cops compete against each other to capture the culprit, various social and political tensions contribute to the mayhem, which culminate in a final showdown. ‘Bronx’ is written and directed by Olivier Marchal.