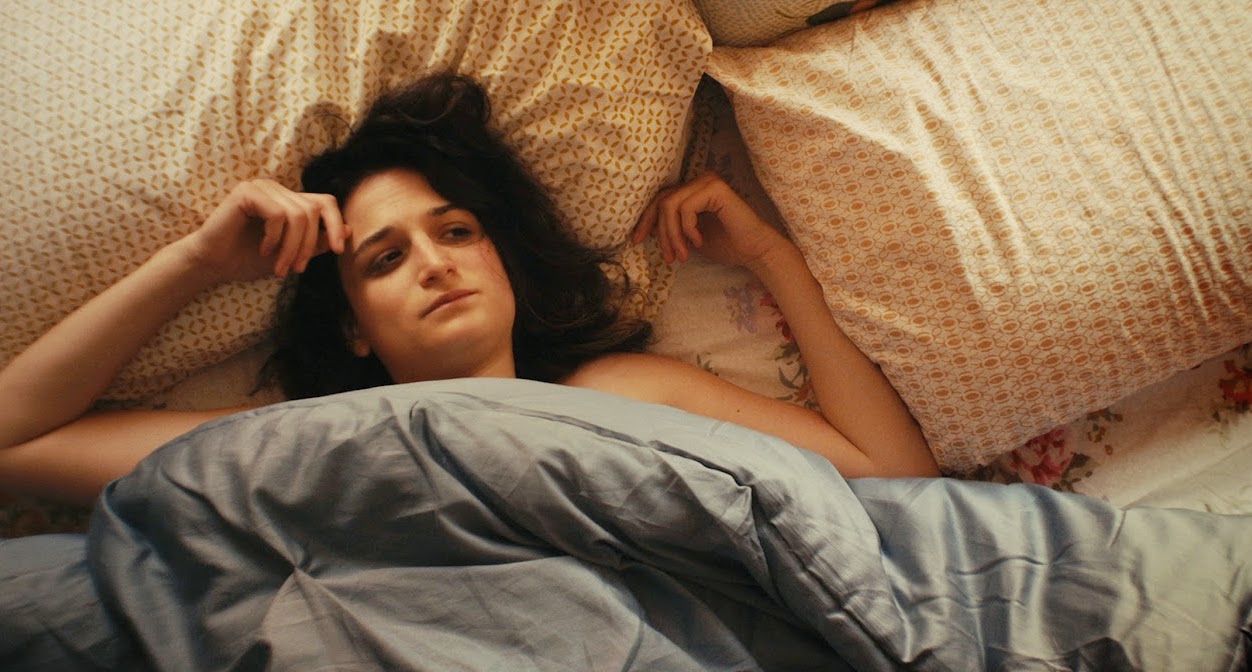 Jenny Slate discovered her flair for comedy during her student days at Columbia University. She founded the improv group Fruit Paunch at University. During one of the Varsity shows, she met comedian Gabe Liedman, who later became her comedy partner. After graduating from Columbia University in 2004, Slate launched the comedy duo Gabe & Jenny with Gabe Liedman. Their live stand-up comedy show went on the become instantly popular for its acidic humor and sharp wit. Time Out New York hand-picked their show titled ‘Big Terrific’ with Max Silvestri as the best new variety show of 2008. Together, Slate, Liedman and Silvestri established one of the most successful and popular stand-up partnerships, that lasted till 2015. Though the trio disbanded the show due to their busy schedules, they still come together to perform occasionally. Slate’s voice became popular with her regular appearances as a commentator on VH1’s ‘talking head’ commentary episodes.

By the end of the 2000s, Slate established herself as an emerging television personality. In 2009, she appeared in several episodes of the sketch comedy, ‘7th Floor West’ along with Jimmy Fallon. Slate also played a recurring character in the popular HBO comedy series ‘Bored to Death.’ Her guest appearances on various television shows like ‘Bob’s Burgers,’ ‘Girls,’ ‘The Whitest Kids U’ Know,’ ‘Important Things with Demetri Martin,’ and ‘Raising Hope’ also helped her to become a household name.

Slate got her first breakthrough in 2009 when she joined Saturday Night Live. Though her maiden episode is remembered for the cuss word she uttered during the live broadcast, she gained massive fan following in the following episodes. Her character Tina-Tina Cheneuse who sells doorbells, car horns and alarm clocks went on to become immensely popular. She used to impersonate celebrities like Hoda Kotb, Lady Gaga, Kristen Stewart, Ashley Olsen, and Olympia Snowe during the SNL season. But Slate left SNL after the first season wrapped up in 2010.

In 2010, Slate co-wrote and lent a voice to the stop-motion animated short ‘Marcel the Shell with Shoes On,’ directed by Dean Fleischer-Camp. Based on the life of an anthropomorphic seashell named Marcel with a single eye and a pair of shoes, the short went on to become a viral sensation. Slate’s immense popularity and fan following in the new media landed her a major role on the big screen. She played the character of Zoe in the live-action animated comedy ‘Alvin and the Chipmunks: Chipwrecked.’

Comedy has always been Slate’s comfort zone where she is very powerful and in control of things. The actress made use of her comedic resources to their maximum potential to establish herself as a versatile actress. During the second half of the 2010s, she focused more on diverse characters handpicked from various genres. Slate’s major works during this period include ‘Obvious Child,’ ‘Married,’ ‘Zootopia,’ ‘The Secret Life of Pets,’ and ‘Gifted.’ She also published a book, which she co-wrote with her father, about her childhood memories. So now you might be wondering what is the next Jenny Slate movie or TV show? Well, here’s the list of upcoming Jenny Slate films and TV shows scheduled to release in 2019 and 2020. We can only hope that the latest Jenny Slate movies would be as good as some of her recent ones. 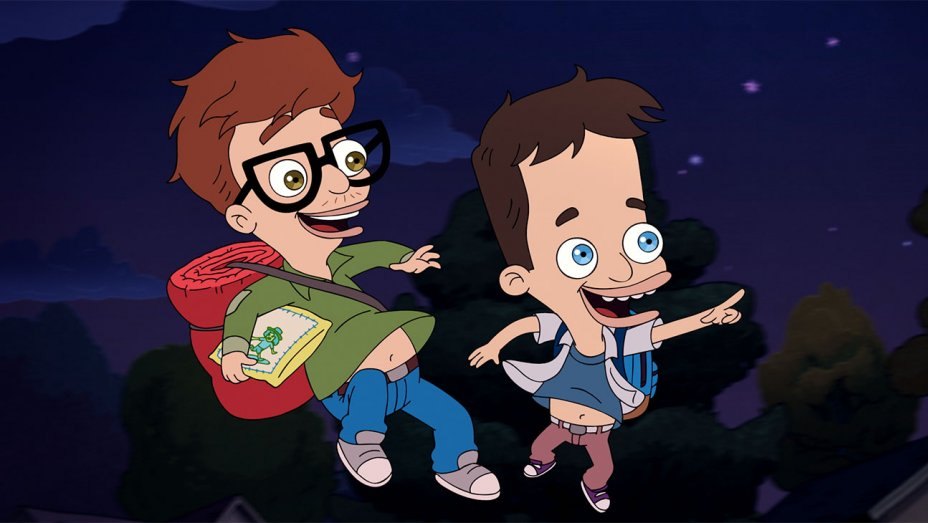 ‘Big Mouth‘ is one of Netflix’s most popular animated sitcoms which ran for more than one season. Set in the suburban New York, the plot follows the best friends and seventh graders Nick Birch and Andrew Glouberman. They go through a transformation phase of puberty. Along with their friends, the teenagers explore the perks and anxieties of becoming a young individual. In each episode, they discuss issues like masturbation, sexual arousal, moral crisis, and wonders of the body. Realistic and imaginary characters offer them help by giving confusing tips about their numerous doubts on the process of growing up. The shoulder angels and hormone monsters Maurice and Connie always pester the teens and take advantage of their anxieties and curiosities.

Jenny Slate lends her voice to the character of Missy in the series. The other members in the voice cast include Nick Kroll, John Mulaney, Jessi Klein, Jason Mantzoukas, Fred Armisen, Maya Rudolph, Jordan Peele, and Joe Wengert. ‘Big Mouth’ is created by Nick Kroll, Andrew Goldberg, Mark Levin, and Jennifer Flackett. The first season of the series, which was aired on Netflix in September 2017, met with widespread popularity and acclaim. The streaming giant renewed the show for a second season, which premiered in October 2018. Netflix has greenlit the third season for the series, which is expected to premiere in 2019. There was a Valentine’s Day special episode preceding the upcoming third season. 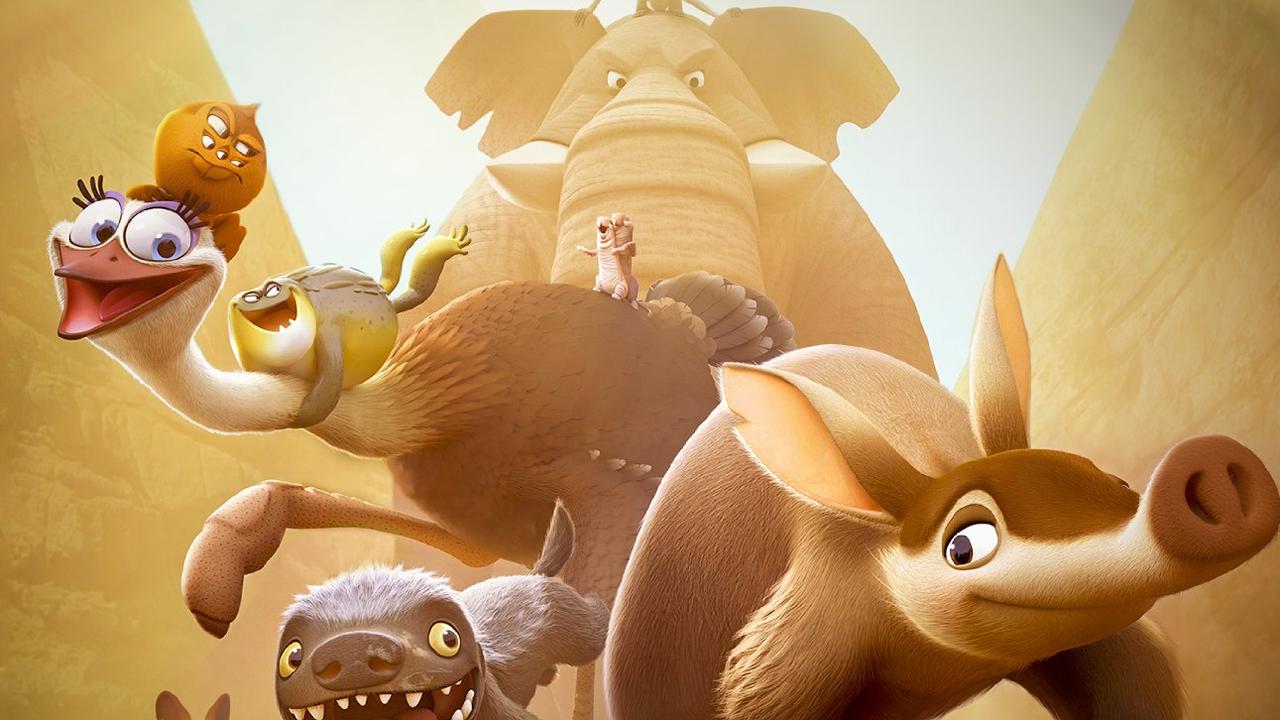 ‘The Ark and the Aardvark’ is an upcoming animated comedy from Unified Pictures. The movie features an ensemble voice cast that includes Aubrey Plaza, Jenny Slate, Craig Robinson, and Miles Teller. According to Variety, ‘The Ark and the Aardvark’ tells the story of Aardvark (Miles Teller), an outcast who takes over the leadership of a dangerous mission to guide a group of animals to The Ark before the all-engulfing flood catches up with them. It is not an easy job for Aardvark to guide the animals together as they are all untameable misfits like him. While Plaza voices a spider named Brain, Slate lends her voice to the narcoleptic ostrich Mitzi. Robinson plays the role of a mansplaining Bullfrog in the movie. Rob Riggle and Stephen Merchant also join the cast as they lend their voices to an elephant and a crocodile, respectively. ‘The Ark and the Aardvark’ is directed by John Stevenson (‘Kung Fu Panda‘) from a script by Philip LaZebnik and Glen Dolman.

Fox teams up with ‘Bob’s Burgers‘ creator and executive producer, Loren Bouchard to create the animated comedy series ‘The Great North.’ The voice cast of the show includes Nick Offerman, Jenny Slate, Megan Mullally, Paul Rust, Aparna Nancherla, Will Forte, and Dulcé Sloan. The plot follows the adventures of the Tobin family members, which include the single dad Beef and his weird children, across the Alaskan landscape. Beef struggles hard to meet the wishes of his motherless kids. But when his only daughter Judy leaves the family behind for the glamorous world of the nearby mall, the familial bonds are strained and tested. Beef faces one of the gravest crisis in his life after his wife’s departure, and he has to keep the family close at any cost, reports Deadline. Wendy Molyneux and Lizzie Molyneux join the project as writers and co-creators. ‘The Great North’ is currently under production.