When Does Jersey Shore Family Vacation Return to MTV? 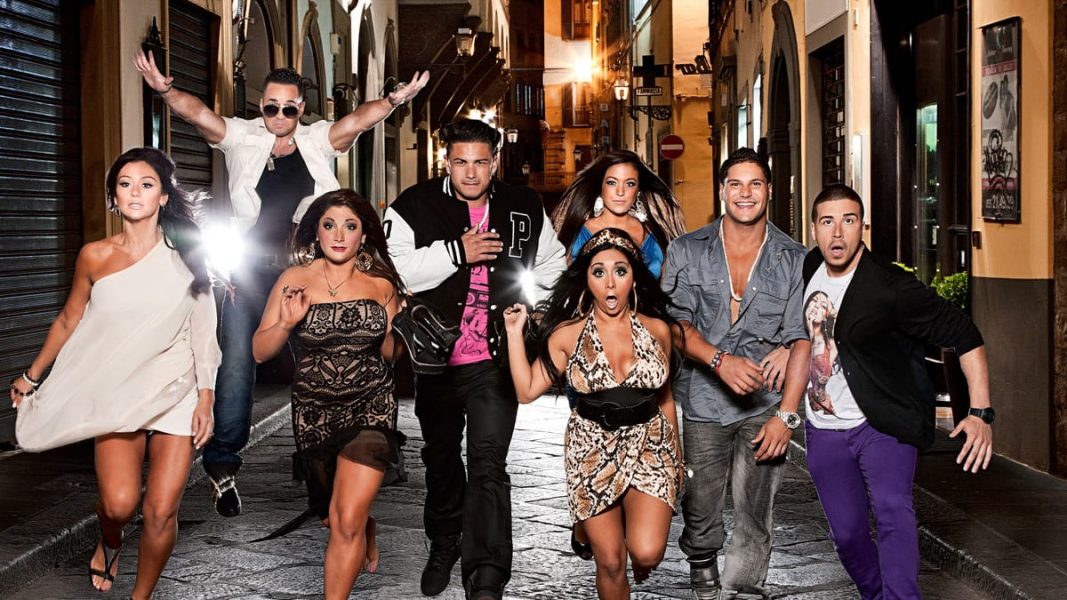 ‘Jersey Shore Family Vacation’ is an American reality television series that airs on MTV. The show builds on the original ‘Jersey Shore’ reality show that ran from 2009 to 2012.

The first season of ‘Jersey Shore Family Vacation’ was announced by MTV on November 27, 2017, and months later Season 1 made its way to viewers’ screens on April 5, 2018, with 14 episodes. After being received favorably by fans of the original show, ‘Jersey Shore Family Vacation’ returned again with Season 2 on August 23, 2018. Subsequently, it was renewed again for a third season, which aired in August 2019.

However, after airing for 13 episodes, it went on a prolonged hiatus. And fans are impatient to know when their favorite stars will grace their tv screens once again. Read on to know everything about Jersey Shore Family Vacation Season 3 Episode 14.

Jersey Shore Family Vacation season 3 premiered on August 22, 2019, on MTV. After spanning 13 episodes, it went on a mid-season break following episode 13, which aired on November 7, 2019.

After a wait of more than three months, the second half of the season is returning in 2020. Jersey Shore Family Vacation season 3 episode 14 is slated to premiere on February 27, 2020. The episode is titled “Leading Up to the Wedding”. Don’t forget to mark your calendars.

‘Jersey Shore Family Vacation’ has been developed by SallyAnn Salsano, who, incidentally, had also created the original show.

For the second half of the third season, fans were skeptical about the return of Nicole “Snooki” Polizzi since she had announced that she would be retiring from the franchise. However, she will make a comeback in the upcoming part but she may not be seen in the upcoming seasons. Along with her, all the other stars are featuring in the future episodes of season 3.

What is Jersey Shore Family Vacation about?

In essence, ‘Jersey Shore Family Vacation’ sees the cast members of the original show live up to their promise of taking a vacation together someday.

Five years after ‘Jersey Shore’ came to an end, and five kids and three marriages later, the ‘Jersey Shore’ cast reunite in ‘Jersey Shore Family Vacation’, where they spend Season 1 on vacation at a swanky house in Miami, Florida. In Season 2, the same cast members travel to Las Vegas, Nevada, and, after partying through Sin City, they head back to the East Coast, and celebrate their milestones in Atlantic City, New Jersey.

Of course, since the show is a spin-off of ‘Jersey Shore’, there is no dearth of drama – the cast members have grown significantly since we last saw them on screen, and each has their own problems. While some of the members are dealing with family issues and the highs and lows of adulthood, others, like Mike, have bigger problems like a tax evasion scandal. Overall, the reality show explores the highs and lows of adulthood and the complications that come with it.

With Mike headed to jail towards the end of Season 2, Ronnie dealing with complications in his love life, and Deena preparing to give birth, many had expected MTV to pull the plug on the show. However, to everyone’s delight, that was not the case, and season 3 dropped with even more drama.

The third season takes the crew across Los Angeles, Las Vegas, Point Pleasant, Middletown, and Washington, D.C. After a brief absence, Mike rejoins the fam in the latter part of season 3. He exclaims: “The Situation is free, baby. Life could get no better.” Additionally, Jenni, after her divorce from Roger Mathews celebrates a divorce party with her roomies.

Ronnie Ortiz-Magro is emotionally depressed and seeks help from a psychic whereas Angelina celebrates her bachelorette party. She squanders on wedding dresses and finally walks the aisle with Chris Larangeira. Of course, even the wedding is accompanied by drama since Snooki, JWoww, and Deena Cortese give insensitive speeches. This leads to hostility between Angelina and the other ladies.

In terms of reception, Season 1 of the show managed to make an impact on critics, garnering a score of 88% on Rotten Tomatoes. Critics, however, have not yet rated Season 2 or season 3. Meanwhile, among audiences, ‘Jersey Shore Family Vacation’ enjoys a fair amount of popularity, having a score of 6.8/10 on IMDb. Yet, the fact that ‘Jersey Shore Family Vacation’ is one of the top unscripted reality television shows among 18-49 year-olds in the US goes on to prove how popular it is.

MTV has released an official promo clip for the second half of Jersey Shore Family Vacation season 3. You can check it out below: