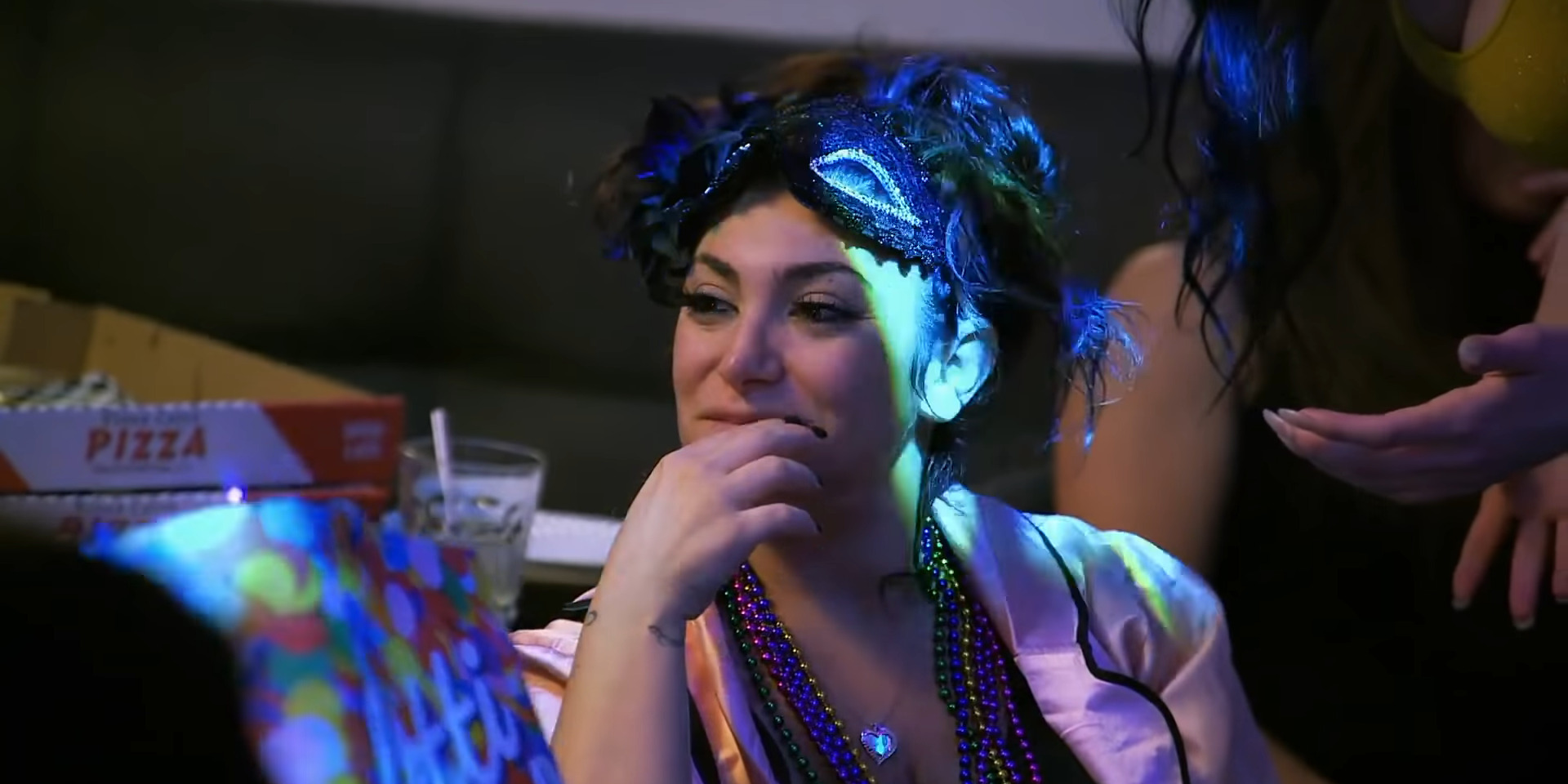 Everyone has been waiting for the “PWoww” moment from the time the makers have dropped it in the trailer for ‘Jersey Shore Family Vacation’ season 3. In the latest episode, all the housemates raise a toast to Angelina, expressing what they feel for her. While Pauly’s speech is emotional, Vinny makes everyone cringe by bringing up the Angie-Vinny hookup incident and closing it by calling Angie a “sister.” Yikes! Vinni takes JWoww to the side, and the two squash their differences. The crew goes bar-hopping, and everyone (except Mike) get drunk and have fun with the strippers. JWoww gets sloshed and reignites the season 1 chemistry between her and Pauly.

Back at the hotel, Pauly and JWoww cozy up while the rest of the roomies wait in the living room. Except for Snooki, who passes out on the bed next to PWoww. As the other housemates eavesdrop and discuss the possibilities, Pauly comes out and tells them that he feels she is still with “dude” (Zack). Later, Angelina and Vinny talk to Jenni about her relationship status, and she confirms that she is single. However, Pauly is still doubtful as he doesn’t want things to get awkward between the two if she gets back with Zack again. Want to know what happens in the upcoming episode, i.e., ‘Jersey Shore Family Vacation’ season 3 episode 25? Keep reading!

You can watch the ‘Jersey Shore Family Vacation’ season 3 episode 25, by tuning to MTV at the above-mentioned time. You can also catch the show on MTV’s official website.

If you don’t have a cable subscription, you can watch the show on DirecTV, and Fubo TV. ‘Jersey Shore Family Vacation’ is also available Philo and Sling TV. You can also purchase the episodes on Amazon Prime. You can also catch the important highlights and exclusive sneak peek on the show’s official YouTube Channel.

The upcoming episode is titled ‘So That Happened!’

Fans can’t wait to witness Angelina’s dramatic wedding. But a lot of things will go down before Angie and Chris’ big day. For starters, JWoww and Pauly’s complicated relationship might see some progress. Yeah, I know, I know. The makers have been teasing this since the beginning of the season, and in the last episode, they get really close to doing it until awkwardness strikes. In the upcoming episode, Nicole and the rest of the roomies might ask Jenni and Pauly to keep all the doubts aside and get down to business.

I mean, these two are endgame. We have been waiting for this to happen since season 1, and it’s pretty annoying to get our hearts broken like this by these love birds. Meanwhile, Mike might get hit straight on the back of his head when Vinny tries to close the boot of the car. The boys might head out to the sea-side to have some fun. Snooki and Jenni might go back to get ready for Angie’s wedding. We can expect Jenni to be a little bummed out over the fact that Angelina has replaced her with a friend as one of the bridesmaids.