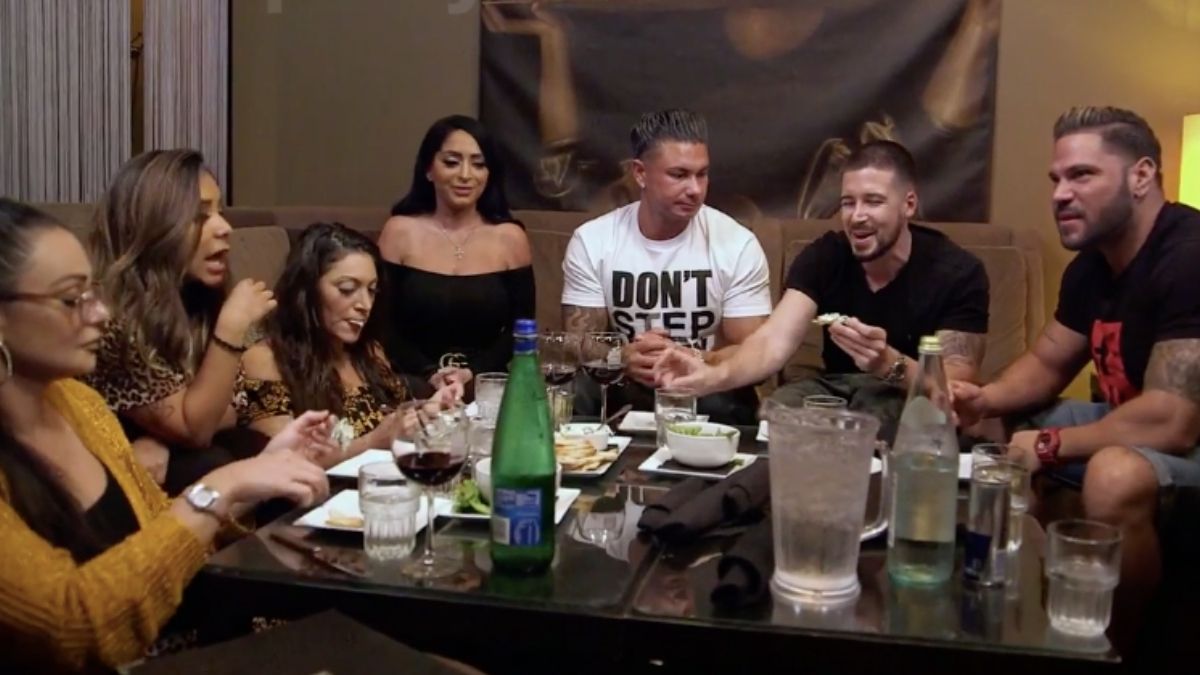 Developed by SallyAnn Salsano, MTV’s ‘Jersey Shore: Family Vacation’ is a reality series that originally released on April 5, 2018. It follows a group of friends who spend a month in a fancy mansion in exotic destinations across the country. The series is part of the ‘Jersey Shore‘ franchise that documents the wild adventures of this unruly bunch of free-spirited party animals as they live life to its fullest. The follow-up show reunites seven of the original cast members — Mike, Pauly D, Ronnie, Vinny, Nicole, Jenni, and Deena — who have gradually matured over the years.

It is this change in the franchise’s emotional landscape that is so appealing to the fans. This transformation even managed to strike a chord with the critics. Despite the falling number of viewers, the series enjoys the dedication of its loyal fans who want to know what lies ahead for their favorite show. So, here is all that we know about the potential season 5!

‘Jersey Shore: Family Vacation’ season 4 premiered on November 19, 2020, on MTV and concluded its run on September 2, 2021. The fourth cycle has 28 episodes, with each one having a runtime of around 42 minutes.

With regards to the fourth round, here’s what we know. On September 2, 2021, MTV confirmed that this entertaining reality series will be back for another round. The announcement came the same day season 4 concluded its run on the television network. As per the reports, season 5 has begun filming, although there are some uncertainties related to the cast lineup.

JERSEY SHORE: FAMILY VACATION RENEWED FOR SEASON 5!!! 🚨🚨 Thank You All For The Love And Support Tons More To Come 🙏🏽🙌🏽🙌🏽🙌🏽 @MTV @JerseyShore pic.twitter.com/wgJCnB0Rqm

The production for the fourth season reportedly began in August 2020, with the new episodes rolling out in only a matter of months. In addition to the short production time, the release pattern of the show also suggests that the upcoming season is likely to land soon. New seasons typically arrive between August and November each year. Taking all these factors into consideration, we expect ‘Jersey Shore: Family Vacation’ season 5 to release sometime in Q4 2021.

Jersey Shore: Family Vacation Season 5 Cast: Who is in it?

Angelina Pivarnick, Jenni “JWoww” Farley, Pauly D, Vinny Guadagnino, Michael “The Situation” Sorrentino, Deena Nicole Cortese are all returning for season 5. Nicole ‘Snooki’ Polizzi spent some time away from the cameras after filming three seasons of the show, although she made guest appearances in the fourth cycle. It has now been confirmed that she will also be a part of the fifth season.

However, we are unsure whether or not Ronnie Ortiz-Magro will feature in the upcoming installment. Reports claimed that he has been away from the set of season 5, which is odd, given that the rest of the cast members have supposedly been filming. Back in May 2021, Ronnie declared that he would be stepping away from the limelight to tend to his mental health. Interestingly, a few months later, he revealed that he was sober and ready to return. But only time will tell whether Ronnie will grace our screens in the fifth edition of the show.

Read More: Are Ronnie and Saffire from Jersey Shore Still Together?