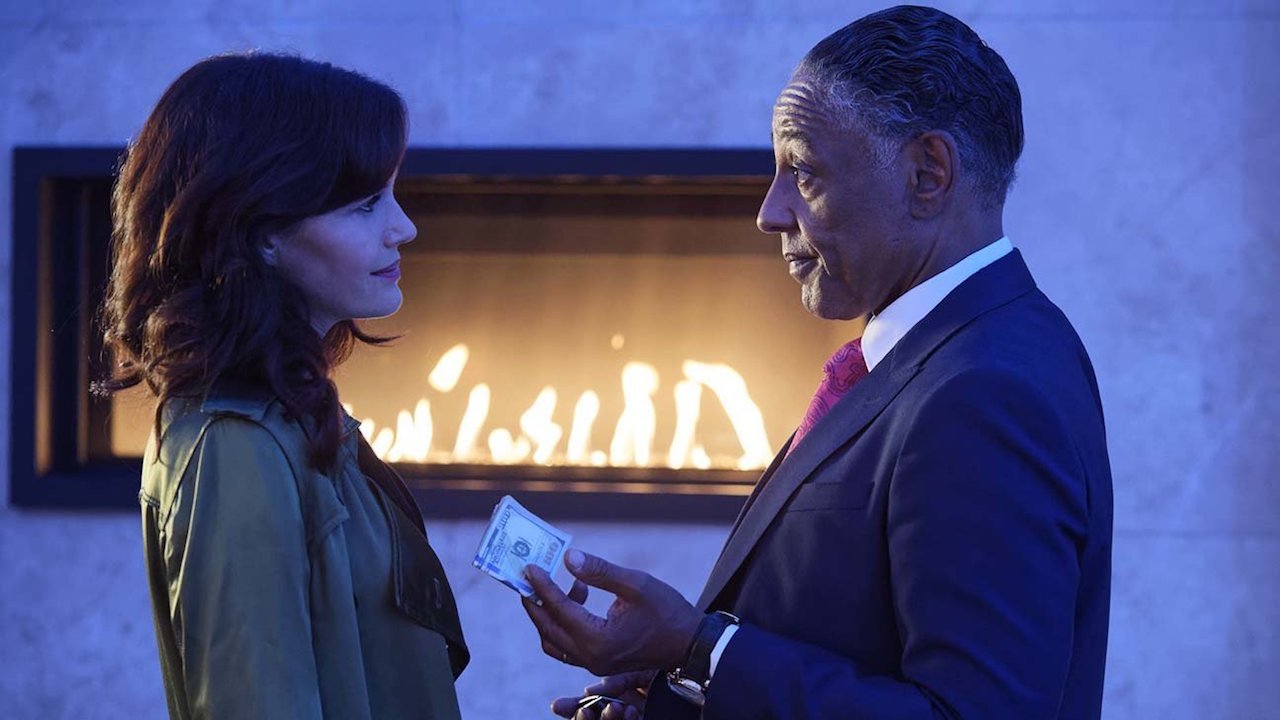 Cinemax is really pushing the envelope when it comes to action–thriller shows. With the increasing number of streaming services, if a television network really wants to stand out from the crowd, it needs to come up with original, inventive stuff that surprises and intrigues viewers. With shows like ‘Warrior‘, ‘Banshee’, ‘The Knick’, and ‘Outcast‘, Cinemax’s repertoire is becoming more and more impressive with every passing year.

The series ‘Jett’ is another addition to the site’s action-thriller shows. It tells the tale of a highly accomplished female thief who has just been released from prison. ‘Jett’ is produced by Global Road Entertainment. Sebastian Gutierrez is the writer, director, and co-executive producer of the series. Mark Stern, Stuart Ford, Stacey Levin, and Dana Brunetti are the other executive producers.

Jett Cast: Who is in it?

Carla Gugino plays the central character of the series named Daisy “Jett” Kowalski. Gugino has been associated with the famous Spy Kids trilogy. You can also see her in major films like ‘American Gangster‘ (2007), ‘Watchmen’ (2009), ‘Sucker Punch’ (2011), and ‘Sin City’ (2005). Besides films, Gugino has been a part of numerous TV shows as well. She can be seen in the Netflix series ‘The Haunting of Hill House’ (2018).

Another major character in the series, Charlie Baudelaire, is played by Giancarlo Esposito, who shot to fame with his character Gustavo Fring in the iconic series ‘Breaking Bad‘ (2008-2013). Elena Anaya — who displayed her acting prowess in Pedro Almodovar’s 2011 film, ‘The Skin I Live In’ — plays Maria, a Spanish woman who helps raise Jett’s daughter.

All major cast members are expected to return if and when season 2 happens.

Jett Plot: What is it about?

‘Jett’ centers around the eponymous character played by Carla Gugino. Jett is a highly-accomplished thief who we meet soon after she is released from prison. She is very pragmatic, with little empathy for the collateral damages that might happen when she ventures out to do her job. Jett is surrounded by dangerous and morally ambiguous characters, all of whom want her to use her skills for their benefits. But her past life and the dangerous situations she faces in the outside world drag her back into the criminal life once again. Moreover, she asserts that being a thief is what she excels in, and so nothing can stop her from doing what she does best.

Charlie Baudelaire, a gangster, recruits Jett to carry out a major heist. She accepts the offer, and the job takes her down a rabbit hole of danger, deception, and crime. Jett ventures out to foreign country to finish the job, but is kidnapped by a crime boss who is so impressed by her skills that he wants Jett to work for her instead of Charlie. The show then takes several interesting turns, making the plot a lot more complex but engaging. ‘Jett’ is shot stylistically, with a slick use of color palettes that might remind one of the film ‘Atomic Blonde’ (2017).

The way season 1 ends, it leaves a lot of room for the show to continue exploring Jett’s danger-filled life. Which mean, season 2 is definitely in the realms of possibilities.

Jett Season 2 Release Date: When will it premiere?

‘Jett’ Season 1 premiered on Cinemax on June 14, 2019 and came to end on August 9, 2019. As far as the next season goes, Cinemax hasn’t made any announcements as of yet. Though, showrunner Sebastian Gutierrez did tell Collider that he’s ready for more. “I would love to have future seasons to explore these characters, but I didn’t know that until I was making it,” he said. “Suddenly, when I was making it, I was like, ‘Oh, yes, I know exactly happens next.’ It wasn’t like, ‘In Season 3, this is what’s gonna happen.’ It really came from character and the things that were happening, which was really exciting.”

If things go in the right direction, you can expect ‘Jett’ Season 2 to come out sometime in June, 2020. Let’s hope for the best.

While we wait for an update on season 2, check out the season 1 trailer below. If you haven’t seen the show yet head over to Netflix to catch all the previous episodes.