Will There Be More of ‘Joe Pera Talks With You’? 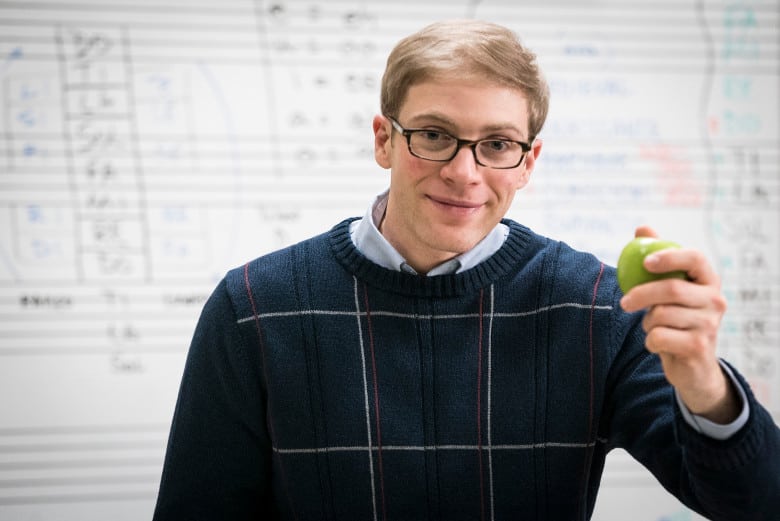 Whether it is on Adult Swim or elsewhere, comedy comes in all shapes, sizes, and manifestations. The easiest way to spot the sheer degree of variation is just to watch any two stand-up specials. Every comedian has their own style.

Even so, it would still be safe to recount that the kind of comedy that we have come to expect as having the broadest appeal is the kind that Rick and Morty has come to perfect in recent times – a vein of comedy chiseled and hand-crafted as the blueprint of modern comedy by none other than Monty Python. This is a boisterous, loud comedy that revels in excess and thrives in the ridiculous, absurd image of the world they paint in doing so.

All the canon of cringe comedy from The Office, the laugh-track comedy of the sitcoms, or the bespoke comedy for millennials, as figures in Brooklyn Nine-nine – all of them fall under the category of ‘loud comedy’ at least in some capacity. And this prominence is what makes Adult Swim’s ‘Joe Pera Talks With You’ so incredibly unique.

The show landed with its first season in 2018 and managed to garner a positive response. It was then again renewed for a second season. Now the question is, will there be a ‘Joe Pera Talks With You’ season 3? Well, let’s dive straight into answering this question.

Joe Pera Talks With You Season 3 Release Date: When will it premiere?

Joe Pera Talks With You has received critical acclaim for both its seasons, with critics praising the show for its unique tone, understated performance, deadpan humor, and disarming writing. Even in terms of viewership numbers, both seasons 1 and 2 stand at par with each other. So, we are hopeful that it will be renewed in the coming months. If renewed, we can expect Joe Pera Talks With You season 3 to premiere sometime in December 2020.

Joe Pera Talks With You Cast: Who is in it?

‘Joe Pera Talks With You’ – for its entirety – is exactly that, Joe Pera talking to you. The lead actor of Adult Swim’s show, Joe Pera, plays a fictionalized version of himself. He is an NYC-based comic known for his soft-spoken, slow, and tranquil delivery, which is essentially the most vital part of this series.

This role could have been taken up by any other TV personality with a penchant for quiet humor and ASMR (the host of Blue’s Clues springs to mind), but none could have attended to it as Joe Pera does.

Well, as it’s obvious, Pera will return as and when season 3 happens, alongside his supporting cast members.

Joe Pera Talks With You Plot: What is it about?

It all started on March 22, 2016, with Adult Swim’s ‘Joe Pera Talks You To Sleep’, a ten-minute short animation clip (which you can still watch on Adult Swim’s YouTube handle) – about seemingly random things. The subject is secondary to Joe Pera’s almost sleepy way of delivering a talk – if we can call it that.

As you will know if you are familiar with Joe Pera, he is universally lauded as being the only comic today who can bring ASMR to comedy. This is exactly what Adult Swim had wanted to utilize, and ‘Joe Pera Talks You To Sleep’ is primarily an ASMR infomercial clip intended to help the sleepless sleep. Three years down the line, add Joe Pera’s success with the stand-up scene, and ‘Joe Pera Helps You Find The Perfect Christmas Tree’, people and pundits alike have termed Joe’s comedy a new emergent form of comedy altogether: cozy comedy.

‘Joe Pera Talks With You’ is the first TV series to capitalize on this form of comedy – and while seemingly a strange decision catering to a small niche, the circle of appreciation for Joe Pera is surprisingly big. The show is largely built upon the framework of the earlier infomercial, ‘Joe Pera Talks You To Sleep’. Pera assumes the role of a fictionalized namesake middle-school choir teacher residing in the upper peninsula of Michigan and proceeds to directly talk to the viewer – as the name suggests. The subject of these dialogues is varied, following no cohesive theme.

Just like ‘Joe Pera Talks You To Sleep’, which is subject-wise an unrelated series of ‘mildly interesting facts’ and thoughts, the subject for Adult Swim’s show varies from iron to breakfast to cold weather sports (one episode, as a matter of fact, is an extension and sequel to ‘Joe Pera Talks You To Sleep’). The unexpected harmony, weight, and significance that Pera establishes on a seemingly frivolous small talk on trivial subjects is a charm unique to the show.

The third season is expected to adopt the same premise and continue to discuss mundane happenings of daily life with the viewers.

Joe Pera Talks With You Trailer

While we wait for an update on season 3, you can check out the official trailer for season 2 below: