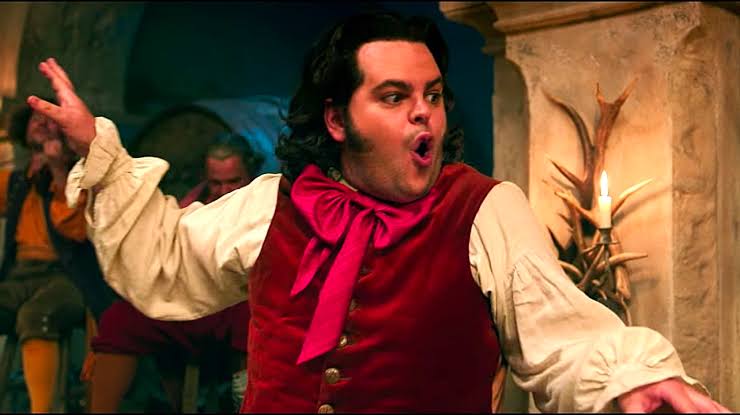 Though Josh Gad is an established singer, writer, and actor, many of us like him as the voice of any one of our beloved animated characters. Apart from voicing some of the most popular characters, like Olaf in the Disney movie ‘Frozen‘, the multi-faceted actor is also known for other significant roles on both small and big screens. He immortalized the role of Elder Arnold Cunningham in the Broadway musical named ‘The Book of Mormon.’ Gad’s major TV credits include ‘ER,’ ‘Modern Family,’ ‘Bored to Death,’ ‘The Daily Show,’ and ‘New Girl‘ among others. His popular movies are ‘The Internship,’ ‘Jobs,’ ‘Pixels,’ ‘The Rocker,’ ‘A Dog’s Purpose,’ ‘The Angry Birds Movie,’ ‘The Wedding Ringer,’ and ‘Beauty and the Beast.’

So now you might be wondering what is the next Josh Gad movie or TV show? Well, here’s the list of upcoming Josh Gad films and TV shows scheduled to release in near future. We can only hope that the latest Josh Gad movies will be as good as some of his recent ones. 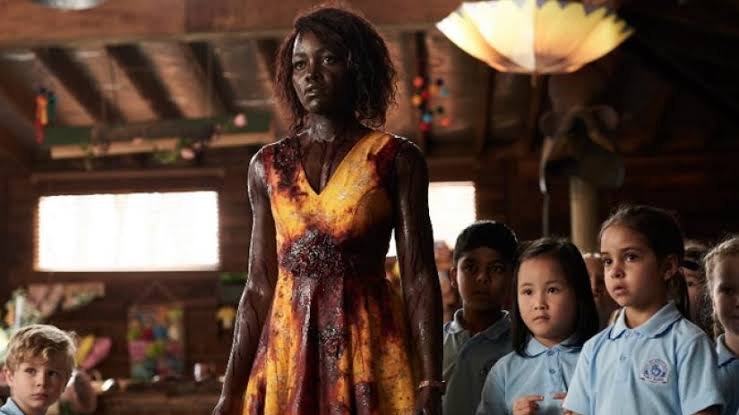 The horror-comedy ‘Little Monsters’ features Josh Gad, Lupita Nyong’o and Alexander England in the lead roles. The plot follows Alexander England’s Dave, a washed-up musician who joins forces with the love of his life Miss Caroline, a charming and enigmatic teacher, played by Lupita Nyong’o, to save themselves from a zombie outbreak. Josh Gad plays Teddy McGiggle, a celebrated television personality who joins forces with the couple on a mission to protect the kids on a school trip from the walking dead. The movie is written and directed by Australian filmmaker Abe Forsythe. Neon and Hulu hold the distribution rights to the film. The movie is slated to release on October 11, 2019. 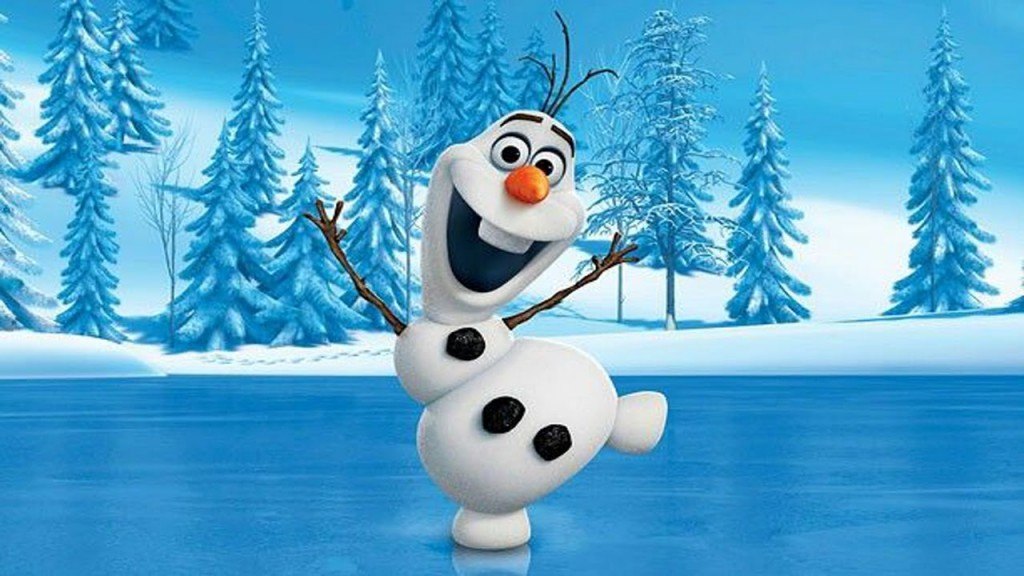 ‘Frozen II‘ is an animated musical and sequel to the 2013 movie ‘Frozen.’ It features voices of the returning cast Josh Gad, Idina Menzel, Kristen Bell, Jonathan Groff, and Santino Fontana. New cast members are Evan Rachel Wood and Sterling K. Brown. The plot follows the sisters Anna, voiced by Kristen Bell, and Elsa, voiced by Idina Menzel, who embark on a new adventure with several new challenges and obstacles. Jonathan Groff’s Kristoff and Josh Gad’s Olaf also join Elsa and Anna in their journey to unearth an ancient mystery of their kingdom. The movie is directed by Chris Buck and Jennifer Lee from a screenplay written by Allison Schroeder. Walt Disney Pictures releases ‘Frozen 2’ on November 22, 2019. 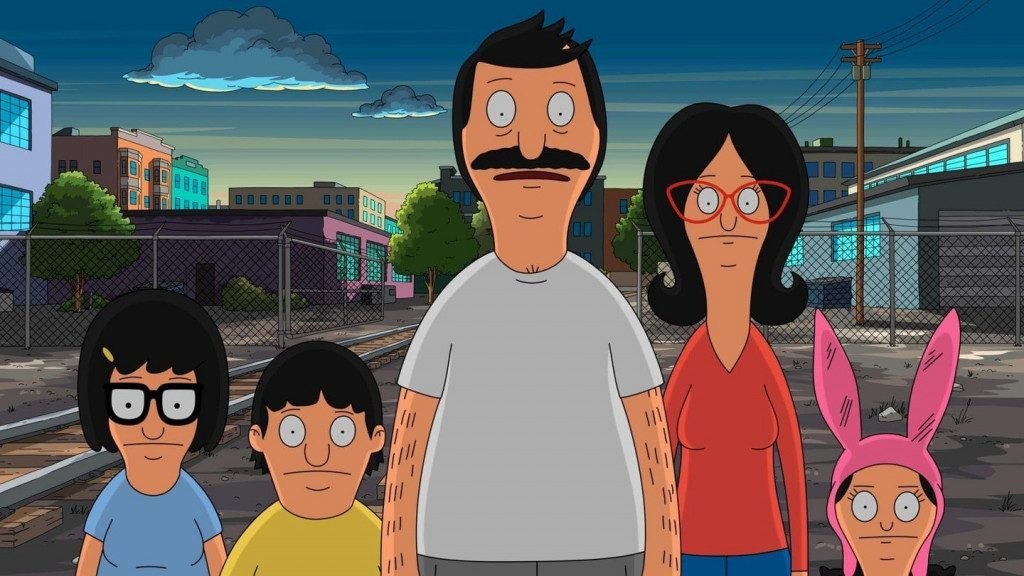 ‘Central Park’ is the first animated comedy produced by Apple TV+. Created by Loren Bouchard, the series tells the story of a group of caretakers who live in Central Park. They save the park and the world from apparent destruction while working their way out of life’s miseries. The voice cast includes Josh Gad, Leslie Odom Jr., Titus Burgess, Kristen Bell, Stanley Tucci, Daveed Diggs, and Kathryn Hahn. ‘Central Park’ is written by Bouchard, Josh Gad, and Nora Smith. Gad also serves as the executive producer along with Kathryn Hahn and Bouchard. 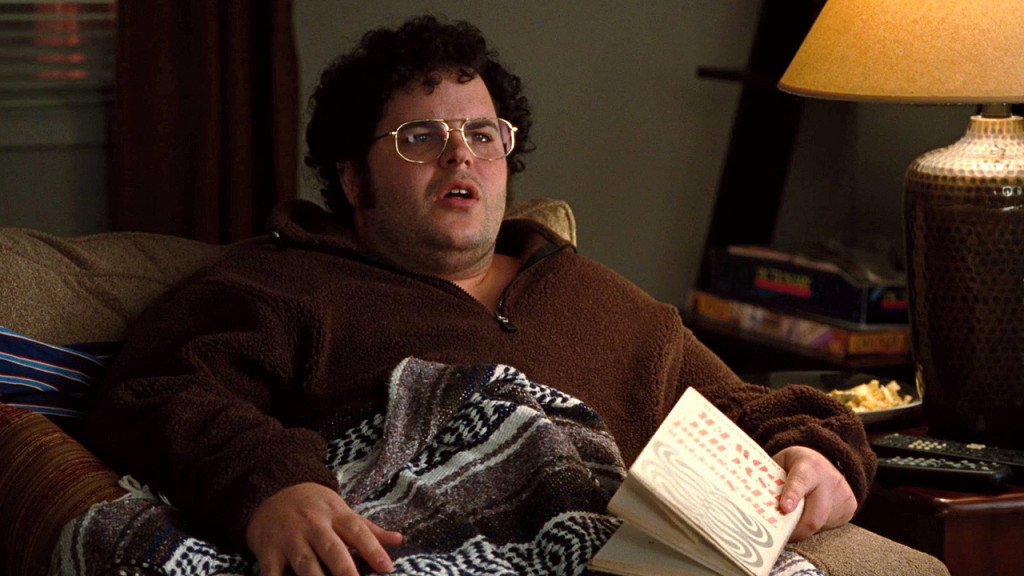 The fantasy-adventure ‘Artemis Fowl’ is based on the first two parts of the book series of the same title by Eoin Colfer. The plot follows a criminal mastermind called Artemis Fowl II, played by Ferdia Shaw, who captures a fairy as a hostage for ransom. With the help of his loyal servant and bodyguard Butler, played by Nonso Anozie, Artemis plans to demand a huge ransom to fund the search for his missing father. For him, finding his missing father means retrieving their family fortune. But Artemis and Butler’s plan of robbing the fairies doesn’t evolve as planned. Josh Gad plays the kleptomaniac dwarf Mulch Diggums in the movie. The other castmembers include Lara McDonnell, Tamara Smart, and Judi Dench. The movie is directed by Kenneth Branagh from a screenplay by Conor McPherson. ‘Artemis Fowl’ is slated for a May 29, 2020 release. 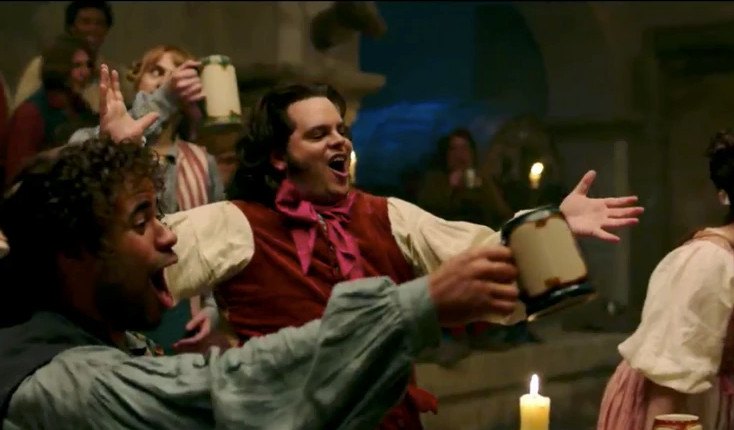 Described as a darkly comedic action movie, ‘Snow Ponies’ features Josh Gad, Jon Bernthal, and Evan Peters in the lead roles. Though the plot details are still under tight wraps, reports suggest that the movie follows a group of seven men on a mission. They embark on a dangerous journey across the land of death to deliver a mysterious package to someone. They face numerous threats, including coldblooded bandits, on their way. Every now and then, their loyalty and will power are tested by circumstances. Often, they are torn between duty and their own safety, while imminent danger makes it impossible to make a decision. The movie is directed by Darrin Prescott from a screenplay by Pat Healy. 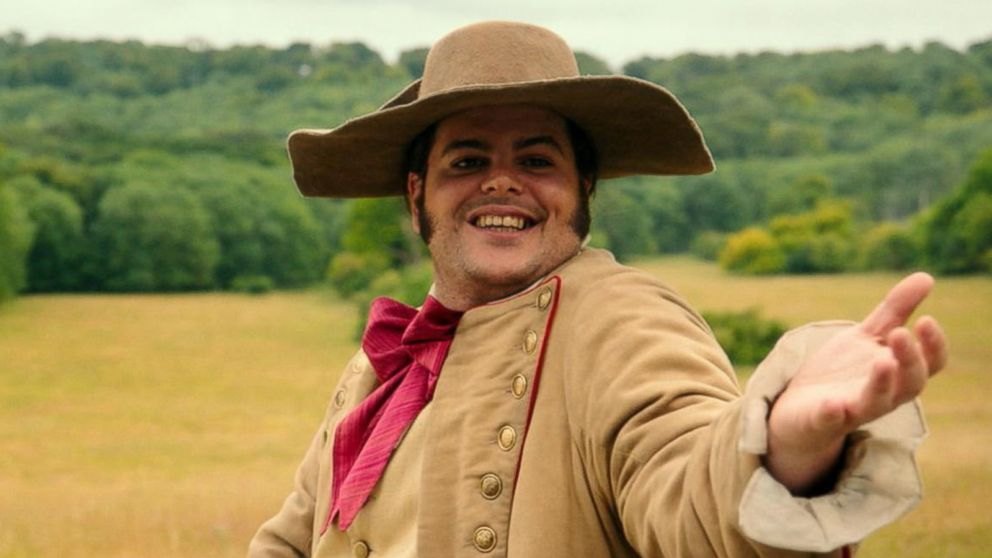 The sci-fi comedy TV series ‘Avenue 5’ features Josh Gad as Herman Judd, a billionaire. Judd made his fortune from resorts and holiday destinations. At the height of his powers, Judd starts thinking that he is good at everything. But the richest man is terrible at science. So, he hires top-notch scientists from across the globe to find answers for him. Meanwhile, he goes through a rigorous expansion including foraying into space tourism. The series is created, written and executive produced by Armando Iannucci for HBO.

3. The Hunchback of Notre Dame (TBA) 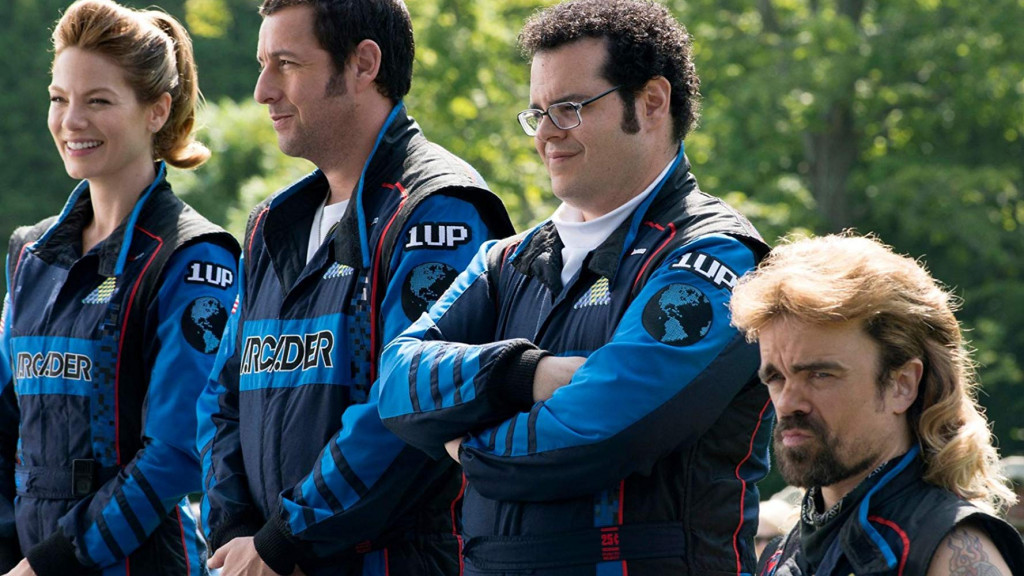 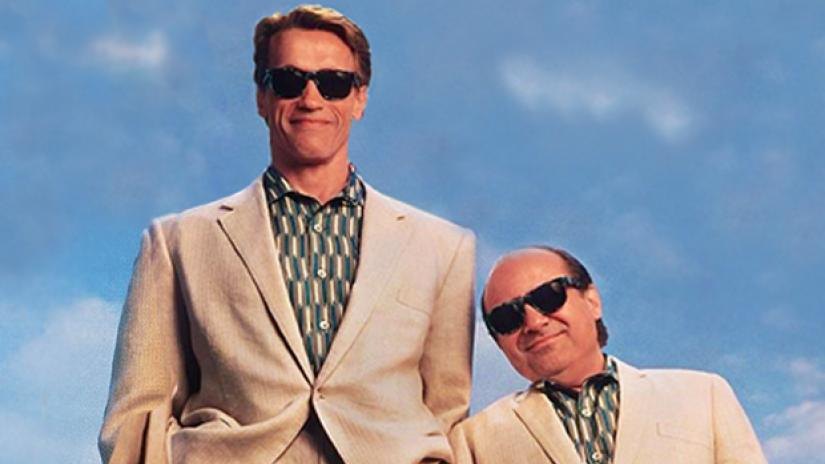 ‘Triplets’ is the sequel of the 1988 hit film ‘Twins.’ The upcoming movie has Josh Gad as a co-writer along with Ryan Dixon. ‘Twins’ stars Arnold Schwarzenegger and Danny DeVito, as the unlikely twin brothers. The plot gets complicated after the two find out that they have a new brother. ‘Triplets’ is directed by Ivan Reitman.

Disney+ joins hands with Josh Gad to develop the limited series ‘Muppets Live Another Day’. According to reports, the series picks up after the events of Frank Oz’s musical comedy of the ’80s. The plot follows the fan-favorite Muppets, who disband again for some mysterious reason. Though they go in separate ways, they reunite to find Rowlff, the piano-playing dog who goes missing.

‘A Dog’s Journey’ is the sequel to the 2017 movie ‘A Dog’s Purpose.’ It brings back the iconic pair of Dennis Quaid and Josh Gad to the big screen again. Based on the bestselling books written by W. Bruce Cameron, the comedy-drama tells the heartwarming tale of how unconditional love connects a dog named Bailey, his owner Ethan, and the people around him. Dennis Quaid plays Ethan while Josh Gad lends his voice to Bailey. The other cast members include Marg Helgenberger, Betty Gilpin, Kathryn Prescott, and Henry Lau. The movie is directed by Gail Mancuso from a screenplay written by W. Bruce Cameron, Cathryn Michon, Maya Forbes, and Wally Wolodarsk. ‘A Dog’s Journey’ released on May 17, 2019. 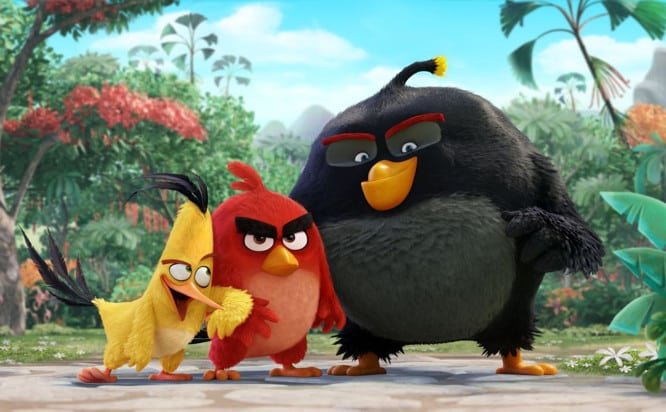 ‘The Angry Birds Movie 2‘ is the sequel to Sony’s animated hit ‘The Angry Birds Movie.’ The upcoming movie brings back the ensemble voice cast of the 2016 flick including Josh Gad, Jason Sudeikis, Danny McBride, Bill Hader, and Peter Dinklage. New members in the voice cast include Leslie Jones, Awkwafina, Brooklynn Prince, Rachel Bloom, Eugenio Derbez, and Sterling K. Brown among others. Josh Gad lends his voice to the mischievous yellow bird, Chuck. The plot of the sequel follows a reluctant alliance formed between the Birds and Pigs to defend against their new enemy, a mysterious purple bird named Zeta. The mighty nemesis from an icy island threatens them with her plans of conquest while the allies embark on a new round of adventure. ‘The Angry Birds Movie 2’ is directed by Thurop Van Orman from a screenplay written by Peter Ackerman. The movie released on August 14, 2019.