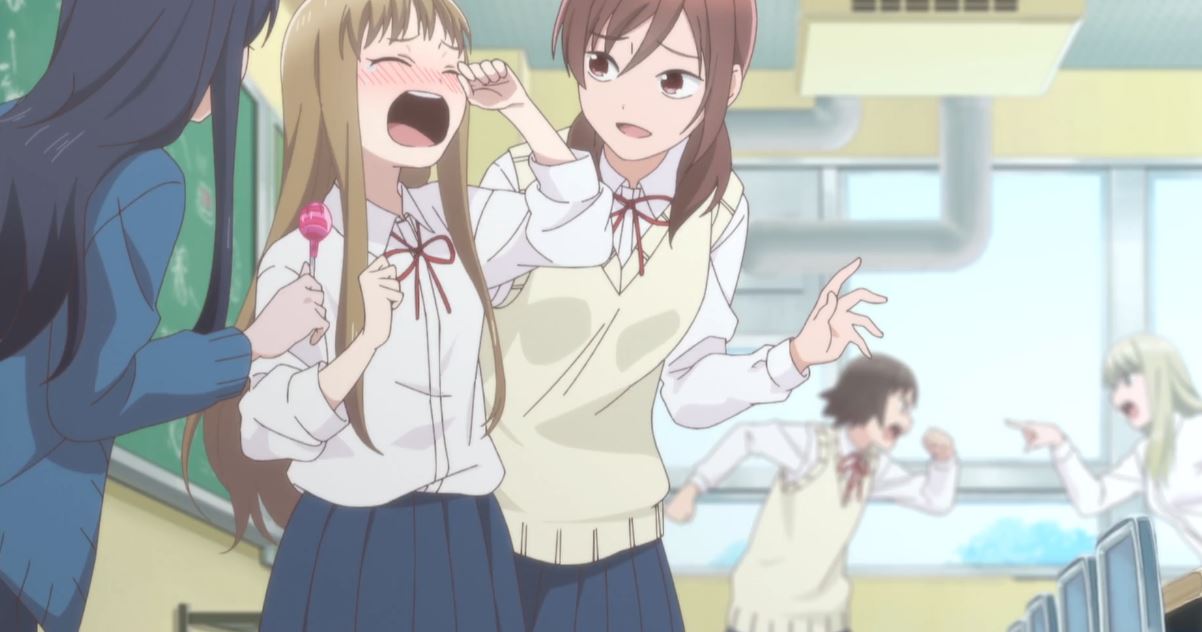 Quite often, we judge a book by its cover, but then it’s understandable why someone would do that with anime. Most anime shows these days that even remotely explore high school themes are big red flags for most viewers. But every once in a while, if you’re patient enough, you run into a gem like ‘Joshikousei no Mudazukai’, which reminds you why you love watching anime.

Now when I say that it’s a gem, it comes nowhere close to the brilliance of thought-provoking anime like ‘Death Note‘ or ‘Monster‘ and it certainly does not have a high production value like ‘Attack on Titan‘ or the ‘Fate‘ series. But what makes it one of the best shows of this year is the way in which it executes all of its ridiculous gags. While most comedy anime fail to appeal to an international audience because of how random their jokes are, ‘Joshikousei no Mudazukai’ pretty much takes advantage of this and establishes itself as one of the best in its genre.

Joshikousei no Mudazukai Season 2 Release Date: When will it premiere?

‘Joshikousei no Mudazukai’ Season 1 premiered on July 5, 2019 and with a total of 12 episodes, it ended on September 20, 2019. The anime has been adapted from an ongoing manga series that has 6 volumes with 73 chapters to date. Many of these chapters were recently published, so for obvious reasons, those were not part of Season 1. Since the mangaka, Bino, is still consistently publishing more content, we can expect the source material to have a lot more content by 2020. So there’s no lack of source material in this case.

Also, considering the fact that it comes from a very typical “high school comedy” genre, the show has been doing better than many others so far and has acquired a fairly average rating on most platforms. Though it is a bit too soon to conclude anything, it seems like it has a very good chance of getting renewed soon. And if renewed, ‘Joshikousei no Mudazukai’ Season 2 can release sometime in 2020. Till then, you should definitely check out our list of other similar high school anime shows.

The English dub of ‘Joshikousei no Mudazukai’ has not been released yet, but you can still stream the anime on HiDive with its original Japanese audio and English subtitles.

Tanaka, Kikuchi and Saginomiya are three high school girls who want to make their school days memorable. And that’s why they make sure that every single second they spend together is full of ridiculous quirks which make their days at school more “wasteful”. It all starts off when Tanaka decides to give nicknames to her classmates based on what they do. While Kikuchi becomes “Wota” because of how nerdy she is, Saginomiya is named “Robo” because she shows absolutely no emotions and always has a stoic demeanor. In retaliation to this, the girls return the favor by calling her “Baka”. This name-calling sets off a chain of events that prove that these girls are willing to go all-in when it comes to squandering through their high school days.

Akane dreams of becoming a manga artist someday and is absolutely obsessed with everything that’s related to yaoi media. She is also a big fan of a Vocaloid producer named Teishotoku-P, who is actually her own homeroom teacher. She is a cute young girl who has bright red hair and shiny eyes of the same color. She is usually seen with a big smile on her face and because of her nerdy Otaku interests, she is nicknamed “Wota”.

Out of all the girls in the group, Shiori is the smartest and aspires to become a well-known microbiologist someday. She is nicknamed “Robo” because she usually walks around with a very blank expression on her face and even during the most intense situations, she shows absolutely no emotions. She has long straight jet black hair and tiny dead eyes that often suggest she’s extremely bored.

Nicknamed “Baka”, Nozomu is the central character of the series who starts off the whole name-calling. She is known for her extreme stupidity and is so dumb that even her closest friends start calling her “Baka”. “Baka” is the word for “Idiot” in Japanese. In appearance, Tanaka has short brown hair and big light brown eyes.

Nicknamed “Loli“, Saku is a short girl who looks like she’s in primary school. But contrary to her childlike innocent appearance, she somehow finds herself in the most “adult” situations.