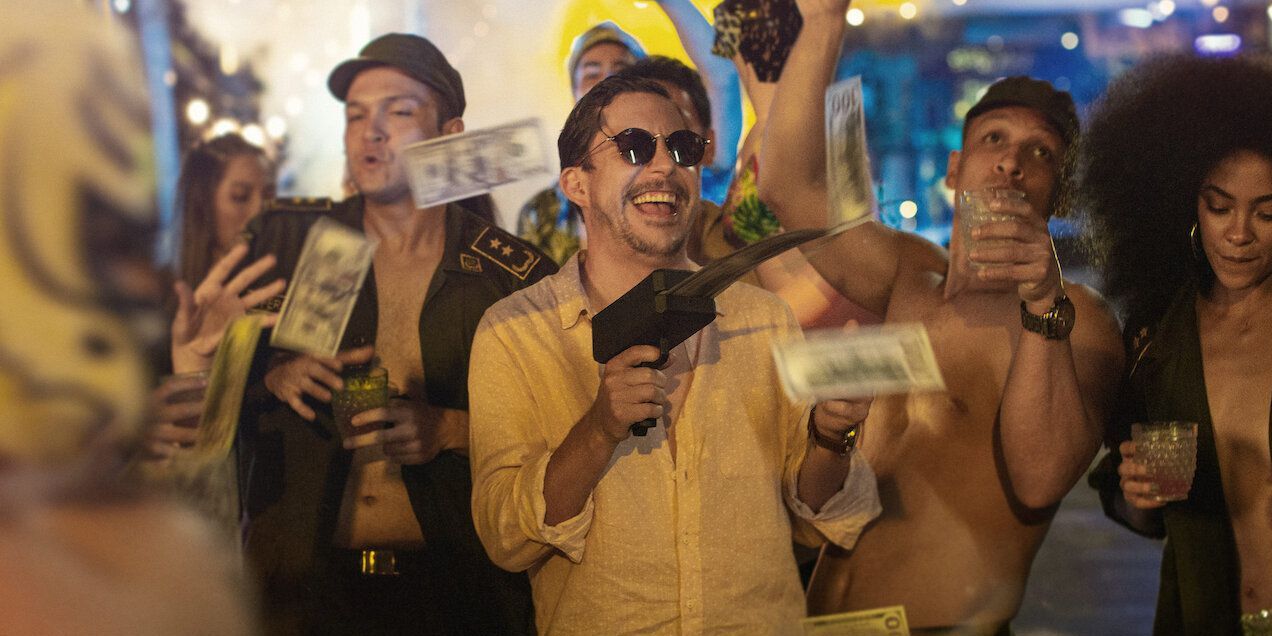 Created by Alejandro Riaño and Diego Ramírez Schrempp, ‘Juanpis Gonzalez’ is a Colombian sitcom that revolves around the titular character, who is rich, spoiled, and has no sense of responsibility. But when the matter of inheriting the family business comes into the picture, his grandfather puts him through a grueling test to see if he can carry the legacy forward. In a desperate attempt to prove himself, Juanpis dives into waters he knows nothing about, that is, politics.

The show is inspired by actor, comedian, and series co-creator Alejandro Riaño’s alter ego known as Juanpis Gonzalez. The controversial online persona first came to light on Instagram and then YouTube, as he interviews celebrities and politicians. Given that the comedy series is based on such a popular online character, the Netflix series attracted a lot of attention. After breezing through the first installment, fans are already looking forward to a follow-up round. So, let’s find out if there is a possibility for a second season or not.

‘Juanpis Gonzalez’ season 1 landed on January 19, 2022, on Netflix. The first season consists of ten episodes with a running time of approximately half an hour each.

As far as the sophomore round is concerned, here is what we can tell you. An official statement has not yet been made. This is not unusual as the streaming platform waits a few months before ordering a new season. In the meantime, the Netflix executives assess how a show performs, based on which they decide whether it would be beneficial to recommission the series.

Given that Netflix has been expanding its library of international content, it seems like the show might be greenlit for a new installment if we are being optimistic. And when it comes to Colombian TV shows, the streamer could use more comedy series. Currently, most of the titles lean towards crime, action, or suspense. However, even if the show is renewed by Spring 2022, it would be bold to expect the potential season 2 anytime before 2023. Therefore, taking all these factors into account, we expect ‘Juanpis Gonzalez’ season 2 to release sometime in Q1 2023.

Juanpis Gonzalez Season 2 Cast: Who can be in it?

Since the show is based on Alejandro Riaño’s fictional online persona, the actor plays the titular role of Juanpis Gonzalez. Other key cast members in season 1 are Carolina Gaitan (Camila Benavides), Jairo Camargo (Louis Carlos  AKA Abuelo Pombo), Marcela Benjumea (Martuchis), Julián Caicedo (Libardo Bucaramanga), and Juan Pablo Raba (self). So, if there is a season 2, we can expect most of them to reprise their roles. The show also includes some well-known faces from Colombia, which means we can expect exciting guest appearances in the prospective sophomore installment.

Juanpis Gonzalez Season 2 Plot: What can it be About?

The first season opens with Juanpis proving himself to be incorrigible despite a public debacle that threatens his family business, Pombo Holdings. His grandfather and patriarch of the family, Louis Carlos, wants to ensure that he leaves his legacy in capable hands, but Juanpis is far from reliable. Thus starts a new adventure in Juanpis’ life as his grandfather puts him to the test to see if he can name him as the next leader of Pombo Holdings.

If there is a second season, we will see what lies ahead for Juanpis. As his obnoxious and unapologetic ways often land him in trouble, the future of Pombo Holdings hangs in the balance. As seen in season 1, his mother is also eyeing the throne to the family’s business empire, but Louis Carlos vehemently opposes the idea. So, will he change his mind after the blunders Juanpis continues to make? All this more shall be explored if the show returns with a second season.