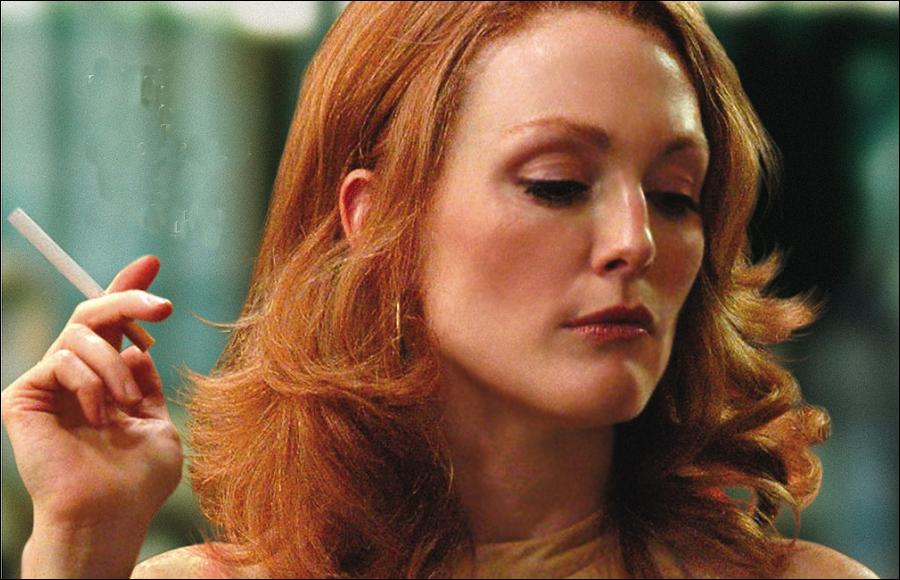 Julianne Moore is an American actress, prolific in films since the early 1990s. She is particularly known for her portrayals of emotionally troubled women in both independent and Hollywood films and has received many accolades, including the Academy Award for Best Actress. After studying theatre at Boston University, she began her career with a series of television roles. From 1985 to 1988, she was a regular in the soap opera ‘As the World Turns’, earning a Daytime Emmy for her performance. Her film debut was in ‘Tales from the Darkside: The Movie’ in 1990, and she continued to play small roles for the next four years – including in the thriller ‘The Hand That Rocks the Cradle’ in 1992. She first received critical attention with Robert Altman’s ‘Short Cuts’ in 1993, and successive performances in ‘Vanya on 42nd Street’ in 1994 and ‘Safe’ in 1995 continued this acclaim. Starring roles in the blockbusters ‘Nine Months’ in 1995 and ‘The Lost World: Jurassic Park‘ in 1997 established her as a leading actress in Hollywood.

She received considerable recognition in the late 1990s and early 2000s, earning Oscar nominations for ‘Boogie Nights‘ in 1997, ‘The End of the Affair’ in 1999, ‘Far from Heaven’ in 2002 and ‘The Hours’ in 2002. In the first of these, she played a 1970s pornographic actress, while the other three featured her as an unhappy, mid-20th century housewife.

She also had success with the films ‘The Big Lebowski‘ in 1998, ‘Magnolia‘ in 1999, ‘Hannibal‘ in 2001, ‘Children of Men’ in 2006, ‘A Single Man’ in 2009, ‘The Kids Are All Right’ in 2010, and ‘Crazy, Stupid, Love’ in 2011, and won several awards for her portrayal of Sarah Palin in the television film ‘Game Change’ in 2012. She went on to give an Academy Award-winning performance as an Alzheimer’s patient in ‘Still Alice’ and was named Best Actress at the Cannes Film Festival for ‘Maps to the Stars’ (both 2014). She also appeared in the final two films of the ‘Hunger Games‘ series and starred in the spy film ‘Kingsman: The Golden Circle‘ in 2017. In addition to acting, she has written a series of children’s books about a character named ‘Freckleface Strawberry’.

At this point, the question that might be circling your mind is what is the next Julianne Moore movie or television show? Well, the good news is that we have a clear answer to that question. Here’s the list of upcoming Julianne Moore films scheduled to release in the near future. We can only hope that the new Julianne Moore performances would be as good as some of her recent ones. 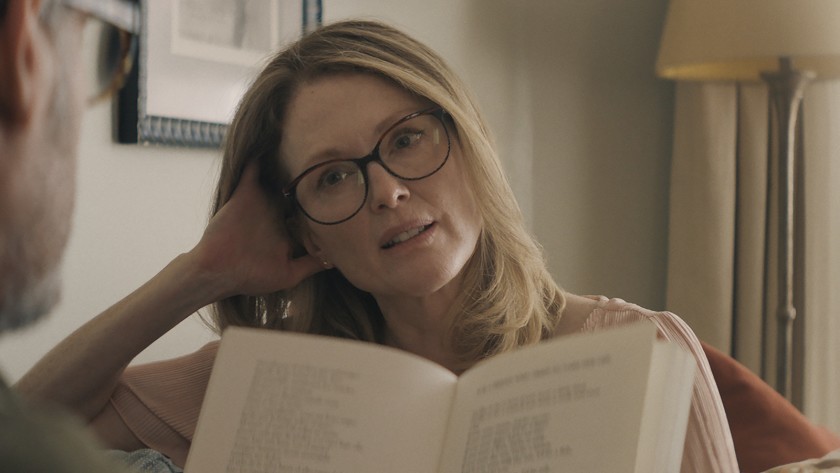 Julianne Moore will star as iconic feminist activist Gloria Steinem in ‘Glorias’, the June Pictures film that Julie Taymor will direct. Playwright Sarah Ruhl will be writing the coming of age story, based on Steinem’s bestselling memoir. It will be interesting to see an Oscar-winning actress to anchor the film about Steinem’s growth from a reluctant spokesperson of a movement, into a galvanizing symbol for equality, with a focus on the encounters along the road that helped shaped her.

Lulu Wilson, who was recently seen in Netflix’s ‘The Haunting of Hill House‘ and HBO’s ‘Sharp Objects‘, has been tapped to play a young Gloria Steinem in the biopic. ‘The Glorias’ will also have Alicia Vikander, who is in negotiations to play the feminist and social-political activist from age 20-40. The movie releases on January 26, 2020.

‘Call Me By Your Name‘ director Luca Guadagnino teams up with Julianne Moore to make a short film. The filmmaker is known for bridging cinema and fashion universes to generate new haute aesthetics in cinematic narrative. The short film project also has Italian designer Pierpaolo Piccioli, who is the creative director of the Valentino fashion house. The 35-minute film will portray different facets of a woman’s life through her relationship with her mother. The makers assure that the project isn’t a commercial for Valentino, but an art-house movie with fashion plays a key role in the narrative.

The movie will be shot on 35mm film by Guadagnino’s regular cinematographer, Sayombhu Mukdeeprom. Besides Julianne Moore, the cast includes Kyle MacLachlan, Marthe Keller, KiKi Layne, Mia Goth, and Alba Rohrwacher. Piccioli, who functions as the costume designer in the project revealed earlier that each dress in the movie will tell a different story. Each story will be based on the emotional bond between the plot and the designer. Reports also hint that the movie will have multiple narratives told simultaneously. The main inspiration for the movie is Piccioli’s diverse fashion collection. It releases on February 15, 2020.

‘The Woman in the Window‘ is an upcoming thriller film directed by Joe Wright, from a screenplay written by Tracy Letts. The film stars Amy Adams, Julianne Moore, Gary Oldman, Wyatt Russell, Brian Tyree Henry, Fred Hechinger, and Anthony Mackie. The film is scheduled to be released on May 15, 2020, by 20th Century Fox. The film follows an agoraphobic child psychologist who witnesses a crime while spying on her neighbors, leaving her to determine whether to alert the police.

In September 2016, Fox 2000 acquired screen rights to the novel of the same name by A.J. Finn. In March 2018, it was announced Joe Wright would direct the film, from a screenplay by Tracy Letts. Scott Rudin and Eli Bush will serve as producers on the film. In April 2018, Amy Adams joined the cast of the film. In July 2018, Julianne Moore, Wyatt Russell, Gary Oldman, and Brian Tyree Henry joined the cast. In August 2018, Fred Hechinger and Anthony Mackie joined the cast of the film. Principal photography began on August 6, 2018, in New York City. The production concluded on October 30, 2018. 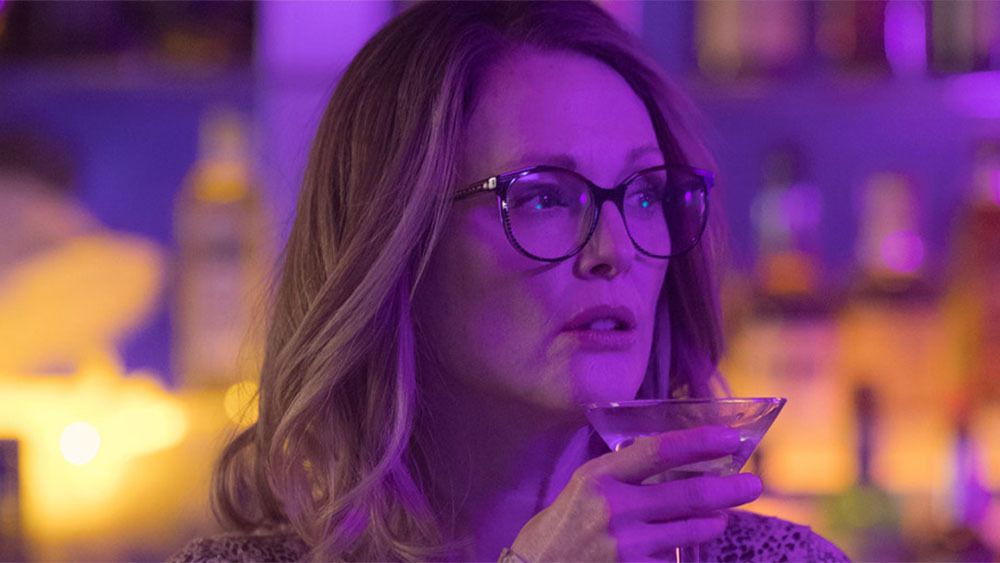 ‘Mothertrucker’ is an upcoming drama that chronicles the friendship between Amy Butcher and Joy Mothertrucker. The latter is an Instagram celebrity and the one and only female ice road trucker in America, who spent 13 years driving rigs on one of the most dangerous roads in America. When Amy hears about her, she flies out to Alaska and the two eventually become friends, as the women find solace in each other.

Julianne Moore appears in the role of Joy and will be bringing her talents to the screen to capture the grit and courage of the woman. Jill Soloway, who helms the movie, written by her, spoke about the project, saying, “I’m honored to tell this deeply resonant story about two women finding meaning and strength as they face an epic challenge in one of the most punishing and beautiful landscapes on the plane. I’m looking forward to collaborating with Pam Abdy, Brad Weston, Natalie Williams, and Bart Freundlich and to bring Julianne Moore’s remarkable talent to the screen in the role of ‘Joy’.” 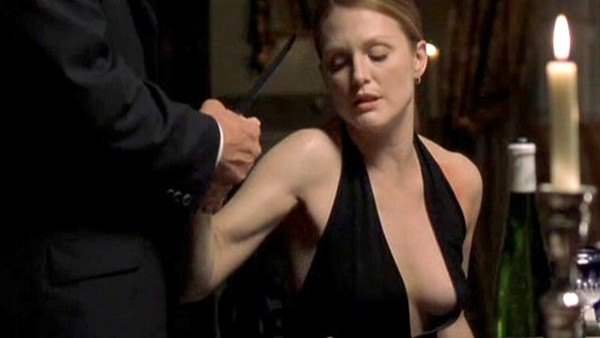 Stephen King is one of the finest storytellers we have, and someone who is capable of keeping a viewer hooked right from the start, to the very end. Thus, it is not surprising to see many of his works being made into movies or television shows. That being said, the trend of adapting King’s works for the audiovisual medium is at an all-time high now, and ‘Lisey’s Story’ is one of the shows that we are getting, as a result.

The idea apparently hit King when he was involved in an accident and went back after recuperating in the hospital. When he saw how his studio was rearranged by his wife, with books in boxes, King got a sensation of what it would be like after his death. The premise follows a widow who has to deal with her husband’s death and many of his secrets. As she comes to terms with aspects of his life she did not know about, she has to deal with an avid fan who is bent on ensuring that her husband’s unpublished works see the light of day.

The cast includes the likes of Dane DeHaan, and King spoke about the project, saying, “Lisey’s Story is my favorite of the books and I would love to see that done, especially now that there’s a kind of openness on the streaming services on TV and even the cable networks. There’s more freedom to do stuff now and when you do a movie from a book, there’s this thing that I call the sitting on a suitcase syndrome. That is where you try to pack in all the clothes at once and the suitcase won’t close. So it’s tough to take a book that is fully textured, and do it in two hours and 10 minutes. But as a TV show you have 10 hours.” King has reportedly written all the episodes for the series. 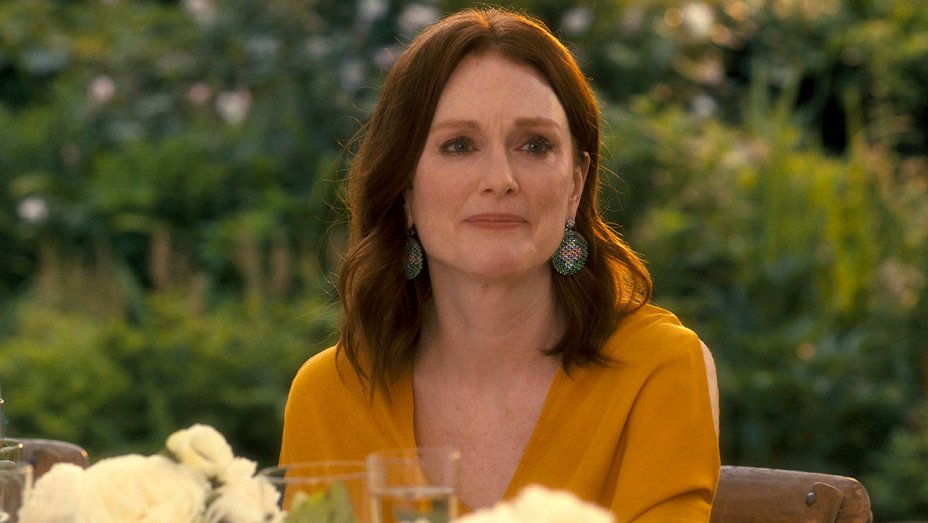 ‘After the Wedding’ is a drama film directed by Bart Freundlich. It is a remake of the 2006 film of the same name by Susanne Bier. It had its world premiere at the Sundance Film Festival on January 24, 2019. The film follows a manager of an orphanage in Kolkata who travels to New York to meet a benefactor at her wedding.

In February 2018, Julianne Moore was set to star in an American remake of the Danish film by Susanne Bier, and the leading roles were changed from male to female. Diane Kruger was also cast. However, in April 2018, Michelle Williams replaced Kruger. In May 2018, Billy Crudup and Abby Quinn joined the cast. Principal production began in May 2018. The film will had its world premiere at the Sundance Film Festival on January 24, 2019, and released theatrically on August 9, 2019.