Jupiter’s Legacy Season 2: Everything We Know 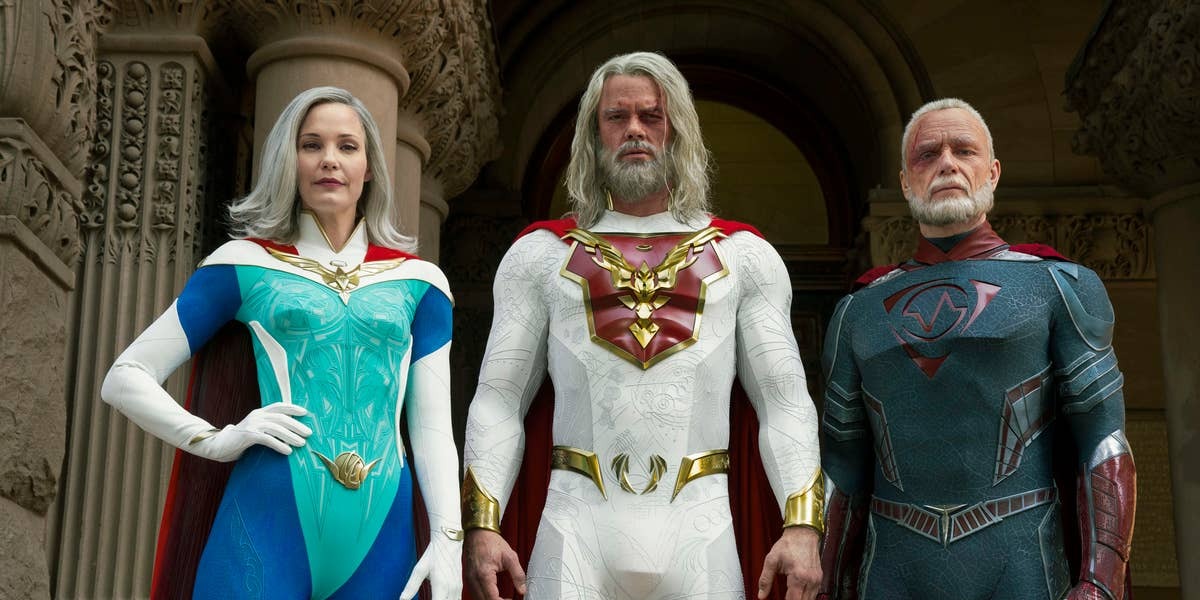 Created by Steven S. DeKnight, the superhero sci-fi drama ‘Jupiter’s Legacy’ is a trippy and surreal adventure that attempts to give a live-action makeover to the celebrated eponymous comic universe created by Mark Millar and Frank Quitely. Mark Millar, the acclaimed writer of the likes of ‘Superman: Red Son’ and ‘Kingsman,’ happened to ask a question: what if Superman and Wonder Woman were married and had children? The question, in turn, became developed into an immense chronicle titled ‘Jupiter’s Legacy.’

Spanning across generations, the show comments upon the changing socio-political landscape of contemporary America. Upon its release, the Netflix original series was received well by critics and audiences alike. After the first season’s cliffhanger ending, fans are indeed yearning for a second installment. If you are out on a search to gather all the details about the speculated second season, we have you insured.

‘Jupiter’s Legacy’ season 1 premiered in its entirety on May 7, 2021, on Netflix. The first season comprises eight episodes with runtimes ranging from 35 and 56 minutes per episode.

Let us now divulge everything we know about the future of the enthralling superhero drama. In 2017, the production network bought the comic-book publisher Millarworld in its first such acquisition. Production began for the first installment in 2019, but it went through some hurdles due to the onset of the pandemic. Creator and initial showrunner Steven S. DeKnight stepped out of the production due to creative conflict, and Sang Kyu Kim took his place as the showrunner.

While it is not unusual for producers to renew a show before the premiere of the first season, it was not the case with the epic series. Netflix is yet to greenlit production for the second season of the show. However, looking at the magnitude of the show on the streaming platform and the abundance of source material, it is almost certain that the show will get a second season.

However, the show also employs a great number of special effects, and the release of the second season will have to wait a hefty amount of post-production touches even if filming begins by mid-2021. Although nothing is set in stone, if Netflix renews the show soon, we can expect ‘Jupiter’s Legacy’ season 2 to premiere sometime in late 2022 or early 2023.

Jupiter’s Legacy Season 2 Cast: Who can be in it?

All of the original cast members are speculated to return in the sophomore season. Josh Duhamel will take up the role of Sheldon Sampson aka Utopian, the guardian of the Millarverse, alongside Leslie Bibb, who will portray the character of Grace Sampson aka Lady Liberty, wife of Sheldon and one of the leading figures in the Union. Ben Daniels of ‘The Crown’ fame will essay the character of Walter Sampson aka Brainwave, Sheldon’s elder sibling who has the gift of telekinesis.

In another prominent role, Tyler Mane will appear as the interplanetary super-villain Blackstar. However, we will not see more of Anna Akana as her character Raikou dies in the finality of the first season. The creators will also consider looking for new faces as the universe expands, and they will most likely be revealed once the production starts.

Jupiter’s Legacy Season 2 Plot: What can it be About?

The first season of the series introduces the viewers to a comic universe of epic scale fraught with superheroes and mighty villains. The intergenerational story reveals an ethical conflict in the superhero archetype as the series immerses the viewer on a spectacular adventure across time and space. By the end of the first season, there remain numerous knots to be tied. The season ends with a massive revelation, which substantially changes the direction of the narrative.

In the finality of events, we see Skyfox for the first time in the series after he has become a rogue hero. Walter unassumingly tries to read the mind of Blackstar, but the attempt traps him in a realm conjured by Skyfox. They engage in a duel of their own, and Skyfox deals a blow to Brainwave, but Lady Liberty enters the realm with the help of Fitz and his daughter. Raikou saves the day by bringing Walter out of the coma, but she finds out that Walter is scheming for the leading position of the Union. Upon coming to know Walter’s plot, Raikou blackmails him but is killed. In another conjecture, Utopian and Paragon successfully defeat Blackstar with some help from Petra Small. While in yet another story arc, Chloe and Hutch turn renegades as they team up with each other.

If renewed, the second season should pick up from the mind-bending finale of the first season and give the viewers some relief. We are yet to know the whereabouts of Skyfox, and Sheldon is yet to suspect Walter’s orchestration of the cunning plot. On the other hand, we are yet to see Paragon attaining his full potential, although he left an impactful impression in the first season. Chloe may return to the Union after knowing Walter’s machinations against her family, as we have seen glimpses of goodness in her character.

The first season is based on the titular comic series, although the story does not blindly follow the narrative of the comic books. For instance, in the comic book, Brandon kills his father, but we are yet to see the dreaded act of patricide in the screen adaptation. Meanwhile, Mark Millar is set to release the twelve-issue concluding volume titled ‘Jupiter’s Legacy: Requiem,’ some of which will most likely be imbibed in the potential second season of the show.