Will There be a Jurassic World: Camp Cretaceous Season 2? 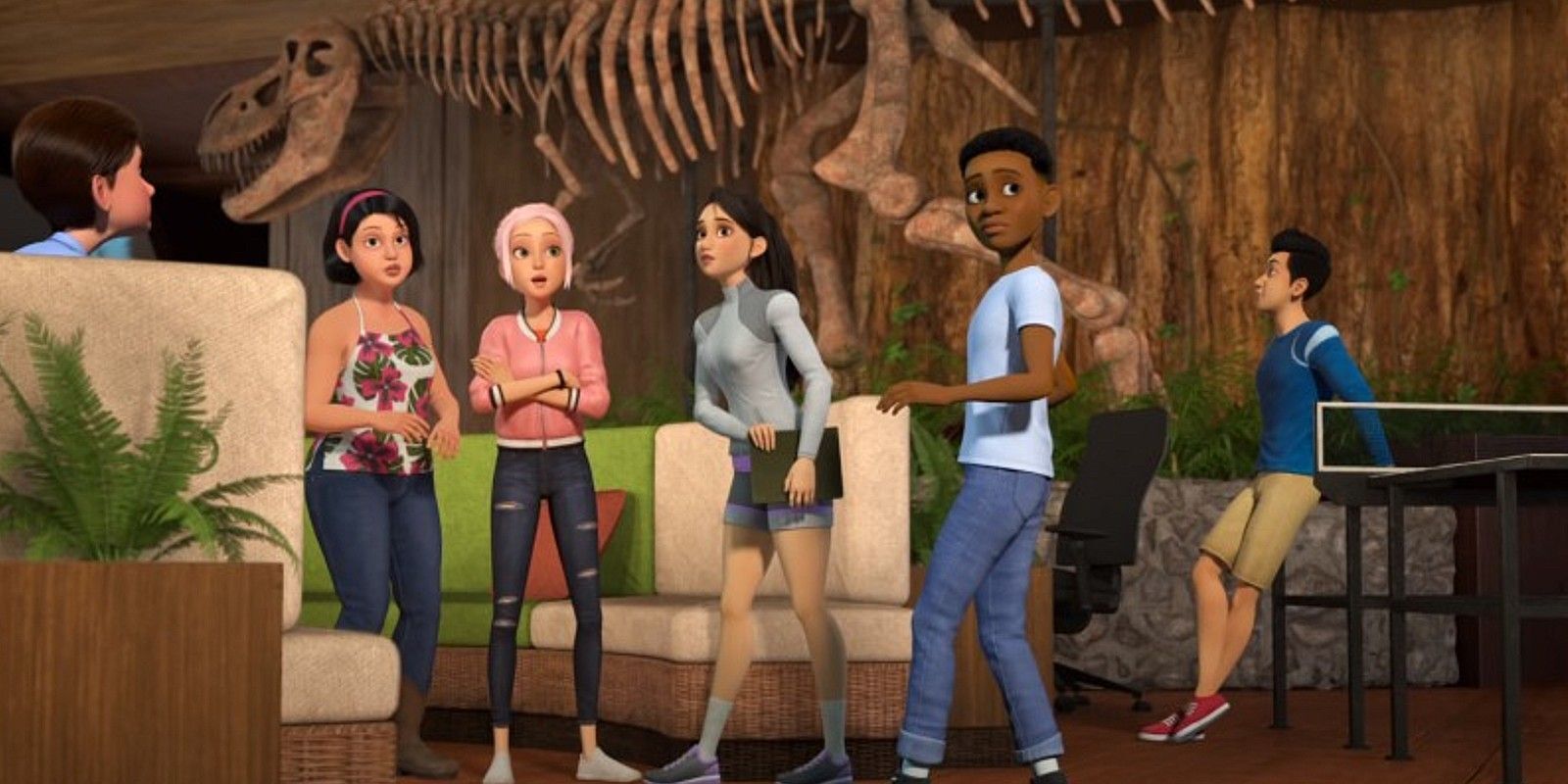 Set in the ‘Jurassic World’ universe, ‘Jurassic World: Camp Cretaceous’ chronicles the misadventures of a group of teenagers who find themselves stranded between dinosaurs rampaging in an eponymous adventure camp, located on the other side of the Isla Nublar. Developed by Zack Stentz, the events in the animated sci-fi action series coincide with the 2015 film, ‘Jurassic World.’ Upon its release in September 2020, the Netflix series earned the stamp of approval from fans of the franchise for the fleshed-out characters, menacing musical themes, crisp writing, and the highly polished three-dimensional CGI. After binge-watching the first season, fans must be wondering: Will there be a ‘Jurassic World: Camp Cretaceous’ season 2? Well, let’s find out!

‘Jurassic World: Camp Cretaceous’ season 1 premiered in its entirety on September 18, 2020, on Netflix. It consists of eight episodes with a runtime of 20-25 minutes each.

As far as another season is concerned, here’s what we know. Season 1 ends on an inconclusive note, setting the framework for the show to extend beyond the first season. Moreover, it has also received favorable responses from the critics and the audiences for its live-action feature-film-esque approach. It has also managed to recreate the raw essence of the Dinosaur content we have all grown to love. Considering the aforementioned points, it seems likely that the network might renew the show for another season. Whenever that happens, we can expect ‘Jurassic World: Camp Cretaceous’ season 2 to release sometime in 2022 on Netflix.

Jurassic World: Camp Cretaceous Season 2 Cast: Who is in it?

The voice cast is led by Paul-Mikél Williams as Darius Bowman, a dinosaur fanatic who also serves as the head of the teen group. ‘You’ fame Jenna Ortega voices the character of Brooklynn, a lifestyle and travel blogger. ‘Titans’ star Ryan Potter is the voice behind Kenji Kon, a self-proclaimed VIP member. ‘The Good Place’ actor Jameela Jamil lends her voice to the responsible camp counselor, Roxie.

Glen Powell voices Dave, the slacker colleague of Roxie. The voice cast also includes Kausar Mohammed as the most athletic of all the kids, Yaz Fadoula; Raini Rodriguez as an over-enthusiastic teen, Sammy Gutierrez; and Sean Giambrone as the sensitive member, Ben Pincus. Almost all the main voice cast members might make a return in the second season.

Jurassic World: Camp Cretaceous Season 2 Plot: What can it be About?

The first season follows six kids as they enter the gates of Camp Cretaceous, hoping to have a once-in-a-lifetime experience. Things go awry when the security systems malfunction, forcing the kids to strive for their survival. In the intense finale of season 1, the group is faced with a tragedy when their friend, Ben Pincus, falls off the mono-rail. In the final moments, the team successfully defeats a dangerous Tyrannosaurus rex and makes their way to the docks, only to realize that the ferry has sailed. Also, Bumpy sniffs out something in the bushes and stumbles upon Ben.

Season 2 might pick up right from the ending of season 1. At the end of the first season, Ben’s Ankylosaurus friend, Bumpy, finds Ben. The second season might reveal the fate of the sensitive geek by answering the question: Is Ben dead or just unconscious? Our money’s on the second one. We can also expect the kids to band together and map out another plan to escape the treacherous island. To fulfill their mission, they might have to defeat or evade coming across the ferocious predators. There is also a possibility that Roxie might convince the Captain of the ferry to turn the boat around to rescue the kids.