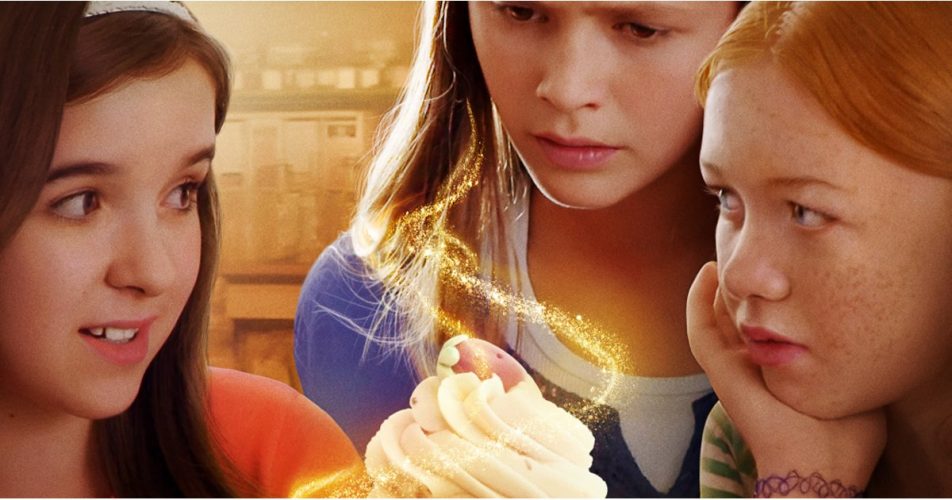 ‘Just Add Magic’ is an American live-action family series that is an adaptation of the book of the same name written by Cindy Callaghan. The pilot of the show that has been produced by Amazon Studios was released in 2015 after which the show was released as a complete series in 2016. The show has been consistently doing well with all its three seasons getting a good rating. ‘Just Add Magic’ features Olivia Sanabia, Abby Donnelly, Aubrey Miller, Judah Bellamy, Catia Ojeda, Andrew Burlinson, and Amy Hill. The plot of the story revolves around the three friends Kelly, Darbie, and Hannah, who discover a cookbook written by Kelly’s grandmother. While this initially seems innocuous enough, the kids are in for a shock when they discover that the recipes listed in the cookbook have magical effects. They are unable to ascertain any explanations for the magic as Kelly’s grandmother speaks once in a blue moon and sometimes doesn’t speak at all and nobody seems to be aware of the reason for her strange silence.

The show boasts of a high rating at most of the leading websites like IMDb where it is rated 8.2 out of 10. The show has the coveted reputation of being the most successful show ever premiered on Amazon Original Kids. New episodes of Season 3 of the popular children’s show, ‘Just Add Magic’ began to air on February 1, 2019, on the streaming platform.

The cast of the show includes Olivia Sanabia as Kelly Quinn, Abby Donnelly as Darbie O’Brien, Aubrey Miller as Hannah Parker-Kent, Judah Bellamy as Jake Williams, Catia Ojeda as Terri Quinn, Andrew Burlinson as Scott Quinn, Dee Wallace as Rebecca, Amy Hill as Ida Perez, and Ellen Karsten as Gina Silvers. Since they make up the main cast of the show, we expect they will be present across all seasons.

Just Add Magic Plot: What is it about?

‘Just Add Magic’ is a drama series that depicts the series of events that takes place in the lives of three friends, Kelly, Darbie, and Hannah who live in a town called Saffron Falls. Things start to get exciting when they accidentally discover a mysterious cookbook penned by Kelly’s grandmother. The cookbook contains recipes that have the potential to create magic. The three friends are amused but are unable to know the reason behind the magic as Kelly’s grandmother doesn’t speak or behave normally, and nobody knows why. So, both the book and the grandmother remain a mystery to them for the time being.

All the attempts made by the friends to talk to the grandmother about the book goes in vain and so, the friends decide to take up the matter themselves and try to solve the mystery without the help of Kelly’s grandmother. The mystery of not just the cookbook, but also the grandmother’s past deepens further. Moreover, the friends begin to realize that using magic from the cookbook is fun but it will bring its own set of consequences. However, they do manage to use the spells to break a curse that had been placed on their grandmother, thus enabling her to speak again. Nonetheless, this action also has its downside, as it brings back a boy who had disappeared in the 60s and is looking for revenge. In a battle to protect the cookbook and its spells, the girls delve deep into the town’s history and discover shocking secrets about their foe. They manage to get together and set things right with a little help from their grandma, thus restoring the town to a degree of normalcy, while protecting the cookbook from any harm.

No good thing continues without being attacked, however, and soon Kelly, Hannah, and Darbie are sucked into a whodunnit when Kelly’s backpack with the cookbook and spices goes missing. Soon they discover that they are in a race against time as everyone’s memories of magic are being erased. Despite the dire conditions, the girls notice a suspicious person who appears to know about magic and begins to steal their spices. Dubbed the ‘Night Bandit’, the girls reunite and add a new friend, Piper, to the fold, in an attempt to take on the Night Bandit and stop the crimes.

Overall, the show is bound by one common motif, that is, the girls are the protectors of the cookbook and its magic, just like the generations before them. The message that the show tries to put across is the degree of preservation and respect we should have for our heritage and how we should use this in the best way possible in order to do good for all. Kelly, Hannah, and Darbie must go through several adventures which involve magical spells, all the while remembering that while magic might be a strength, their true power lies in their friendship, and they are always stronger when they stick together. This striking message coupled with the gripping narration of the story, not to mention several instances of cool time traveling, has enthralled the viewers and children in particular throughout the seasons.

Just Add Magic Season 4 Release Date: When will it premiere?

Amazon Prime Video has officially not announced yet that they will go for a fourth edition of the super hit show, ‘Just Add Magic’. However, we are positive that an air date will be finalized soon enough. Going by the trend of previous seasons, a pattern emerges regarding the release dates. In all likelihood, if Season 4 does arrive, it will release sometime around January or February in 2020. However, there is some amount of confusion as to whether any upcoming episodes should be labeled as Season 4 or just the second part of Season 3. However, since ‘Just Add Magic’ has followed the pattern of breaking Season 2 into two parts, we will assume that they will be doing the same for Season 3 of the popular children’s show as well.

The trailer of Season 4 is not out yet. Have a look at the Season 3 trailer below