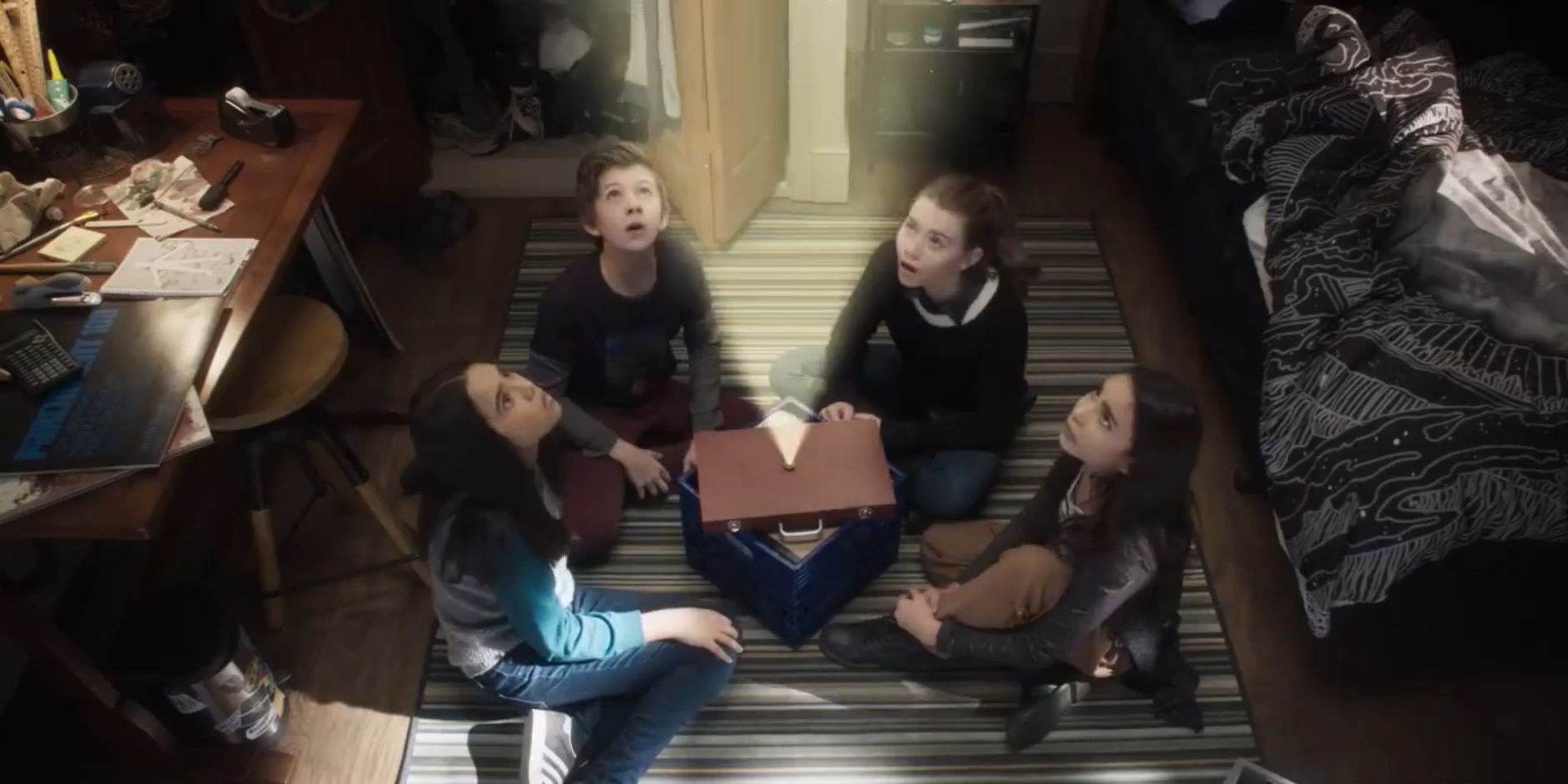 ‘Just Add Magic: Mystery City’ is a spin-off of one of the most successful shows of Amazon Prime, ‘Just Add Magic.’ The fantasy drama is a direct continuation of its predecessor and follows the magical cookbook as it moves to a different location and ends up in the hands of three new protectors who have to solve a mystery together.

Based on Cindy Callaghan’s bestselling kids’ novel of the same name, the kids-adventure show has been developed by Joanna Lewis and Kristine Songco.

‘Just Add Magic’ premiered on January 15, 2015, and opened to favorable reviews from the audiences, owing to which it holds a 93% rating on the review-aggregation website, Rotten Tomatoes.

Although the spin-off has the same premise as the original, it turned out to be even more magnificent. Now the fans must be wondering if there will be a ‘Just Add Magic: Mystery City’ season 2. Let’s find out.

Just Add Magic: Mystery City Cast: Who is in it?

Zoe, Leo and Ish are the three new protectors. Hoang-Rappaport, known for her roles in ‘Watchmen,’ plays the character of Zoe; ‘Fear the Walking Dead’ fame Tyler Sanders is Zoe’s stepbrother Leo; while Jenna Qureshi essays the role of Zoe and Leo’s neighbor from downstairs. You may know Jenna from ‘Mozart in the Jungle.’

The other members of the cast include ‘Ruin Me’ actor Matt Delapina as Nick Sellitti and Tess Paras of ‘Crazy Ex-Girlfriend’ as Zoe’s mother, Erin. ‘Daypass’ fame James Urbaniak enacts the role of Pierce Hamilton, Casey Simpson, who is famous for ‘Nicky, Ricky, Dicky & Dawn’ plays Cody Hamilton, while ‘Splitting Up Together’ actor Sydney Taylor is Lexi Hamilton.

What is Just Add Magic: Mystery City About?

In ‘Just Add Magic’ season 3-part B, we see how the age-old magical cookbook moves on from Kelly, Darbie, and Hannah, relocating from Saffron Falls to Bay City, to its new protectors. The girls manage to convince the new protectors Zoe, Leo and Ish of the book’s powers and they finally agree on the mission to find a secret ingredient that is hidden in the city.

Initially, the kids try the recipes for personal reasons but later, the trio sets to achieve the spectacular feat wherein they have to find three identical coins which shows them the location of a sour-dough bread, laden with magnificent powers. But it’s not an easy ride, as the kids come across roadblocks like their school friend who belongs to an evil family of protectors, lack of money, keeping things from their own family, etc.

It all culminates in a final showdown where they have to protect the whole city from rival protectors.

‘Just Add Magic: Mystery City’ season 1 premiered on January 17, 2020, on Amazon Prime. It consists of ten episodes with a runtime of around 30 minutes each.

As far as the next season goes, we don’t have an official announcement yet. Though considering the popularity of the parent show, we would be surprised if the spin-off also doesn’t get another season. If renewed, our best guess is that ‘Just Add Magic: Mystery City’ season 2 can release sometime in August 2020. We will update this section as soon as we hear more.