Just Beyond Season 2: Renewed or Cancelled? 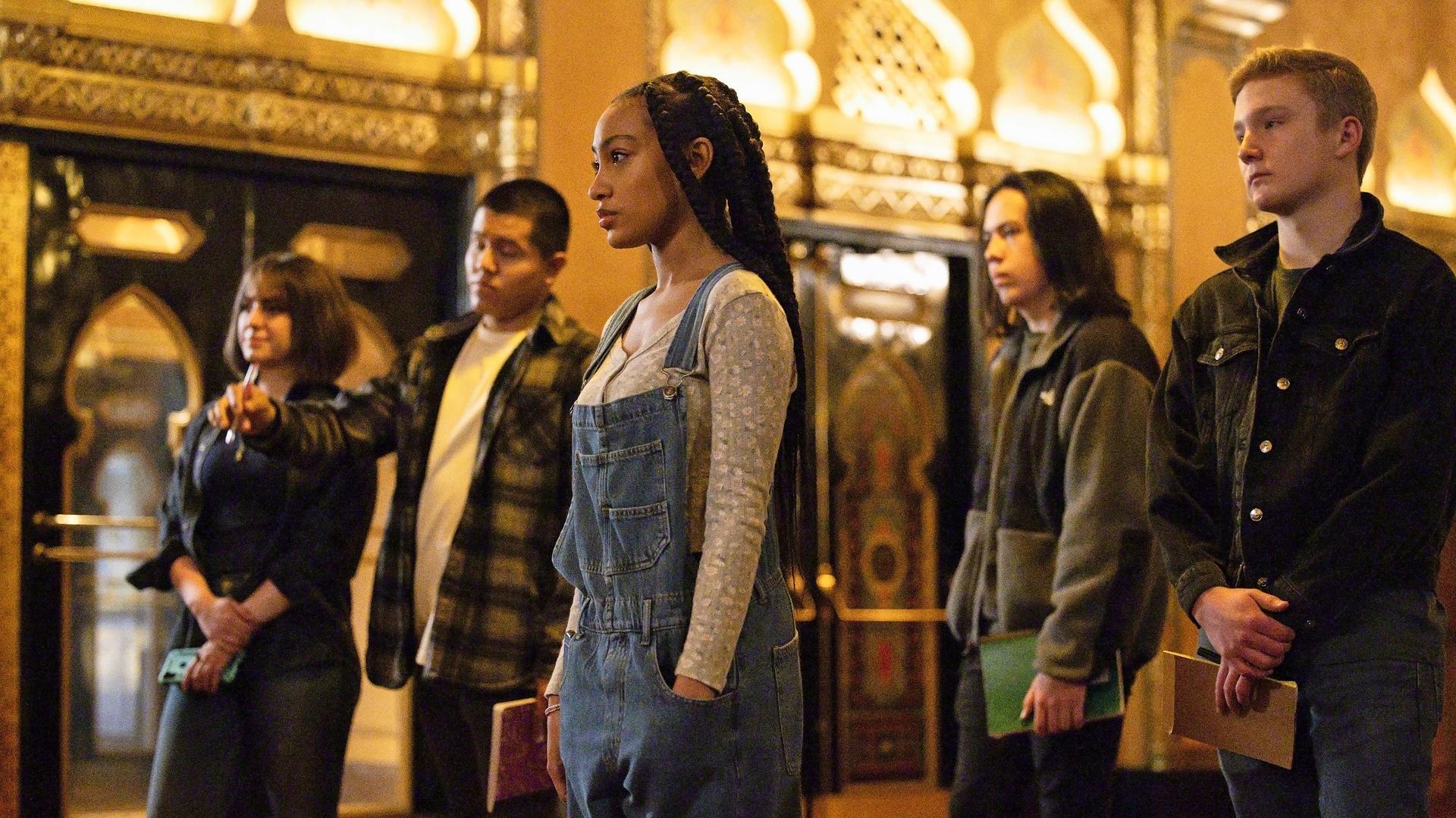 Often referred to as “Stephen King of children’s literature,” R. L. Stine is known for the ‘Goosebumps’ and ‘Fear Street’ book series. Created by Seth Grahame-Smith, the anthology show ‘Just Beyond’ is inspired by Stine’s eponymous graphic novel by Boom! Studios. Each episode of the horror-comedy series builds its own world, with aliens, witches, ghosts, and parallel universes being significant elements. As the characters undertake incredible yet terrifying journeys, it ultimately leads to self-discovery.

The series stands out as it uses supernatural storylines to reflect the everyday struggles of teenagers by touching upon subjects such as anxiety, bullying, peer pressure, and fear. It strikes the right balance of spooky and thought-provoking as it aims to challenge its audience but not push them over the edge. The series first debuted in October 2021, and fans are already awaiting the news for a potential season 2. If that is what you have on your mind as well, here is all that we have found out!

‘Just Beyond’ season 1 released in its entirety on October 13, 2021, on Disney+. The first season consists of eight episodes that run for about 30 minutes each.

As for the second round of the show, here is what you need to know. An official statement has not yet been made regarding what the future holds for this Disney+ production. However, we have good reason to believe that the series might continue beyond the debut installment. On October 10, 2021, series creator Seth Grahame-Smith discussed the possibility of a new outing at the virtual New York Comic-Con panel. With regard to a probable season 2, Grahame-Smith said, “If Disney+ wants another season, in my mind, there’s like, five more seasons of stories that I want to tell with this, at least. But it’s not my choice.”

So, there you go! There is nothing to worry about from the creative point of view as the makers have ample ideas to keep the series running for several rounds. However, it depends on how the show performs and if it meets the renewal criteria for Disney+ or not. The filming for the freshman season commenced in March 2021, which suggests that seven months is enough time to put together one installment. Keeping all of this in mind, if Disney+ orders another round by the end of 2021, we expect ‘Just Beyond’ season 2 to release sometime in Q3 2022 or later.

Just Beyond Season 2 Cast: Who can be in it?

Since ‘Just Beyond’ is an anthology series, every episode has a new set of actors. In season 1, we see McKenna Grace (Veronica), Lauren Lindsey Donzis (Heather), Nasim Pedrad (Miss Genevieve), Izabela Vidovic (Lily), Lexi Underwood (Ella), Cedric Joe (Sam), Emily Marie Palmer (Rose), Malcolm Barrett (Andy), among many others. But we are likely to see a fresh cast lineup if the show is recommissioned.

However, that does not rule out the possibility of seeing some familiar faces from season 1 once again. The popular horror anthology series ‘American Horror Story’ has some actors in its roster that make appearances on different installments of the show but as new characters. Therefore, the Disney+ series could follow a similar model.

Just Beyond Season 2 Plot: What can it be About?

In the first season, the viewers are treated to a wide assortment of horrors and absurdities as each episode tells a new story. The first episode follows Veronica, who is sent off to Miss Genevieve’s School for difficult girls. But soon, she realizes that there is a darker element to the so-called discipline. Another episode revolves around Lily, who wishes that people would notice her beauty rather than how smart she is. But when an opportunity presents itself, she must really think about whether she values physical beauty over inner beauty.

In the final episode of the first season, Sam falls from a treehouse, waking up in an alternate universe. There, strange experiences compel him to make a painful and difficult choice. So, if the show returns for season 2, we can expect more of the same. There is no dearth of material, given Stine’s large volume of work that would make interesting and impactful screen adaptations.

Read More: Is Just Beyond on Netflix, Hulu, Prime, HBO Max, or Disney+?