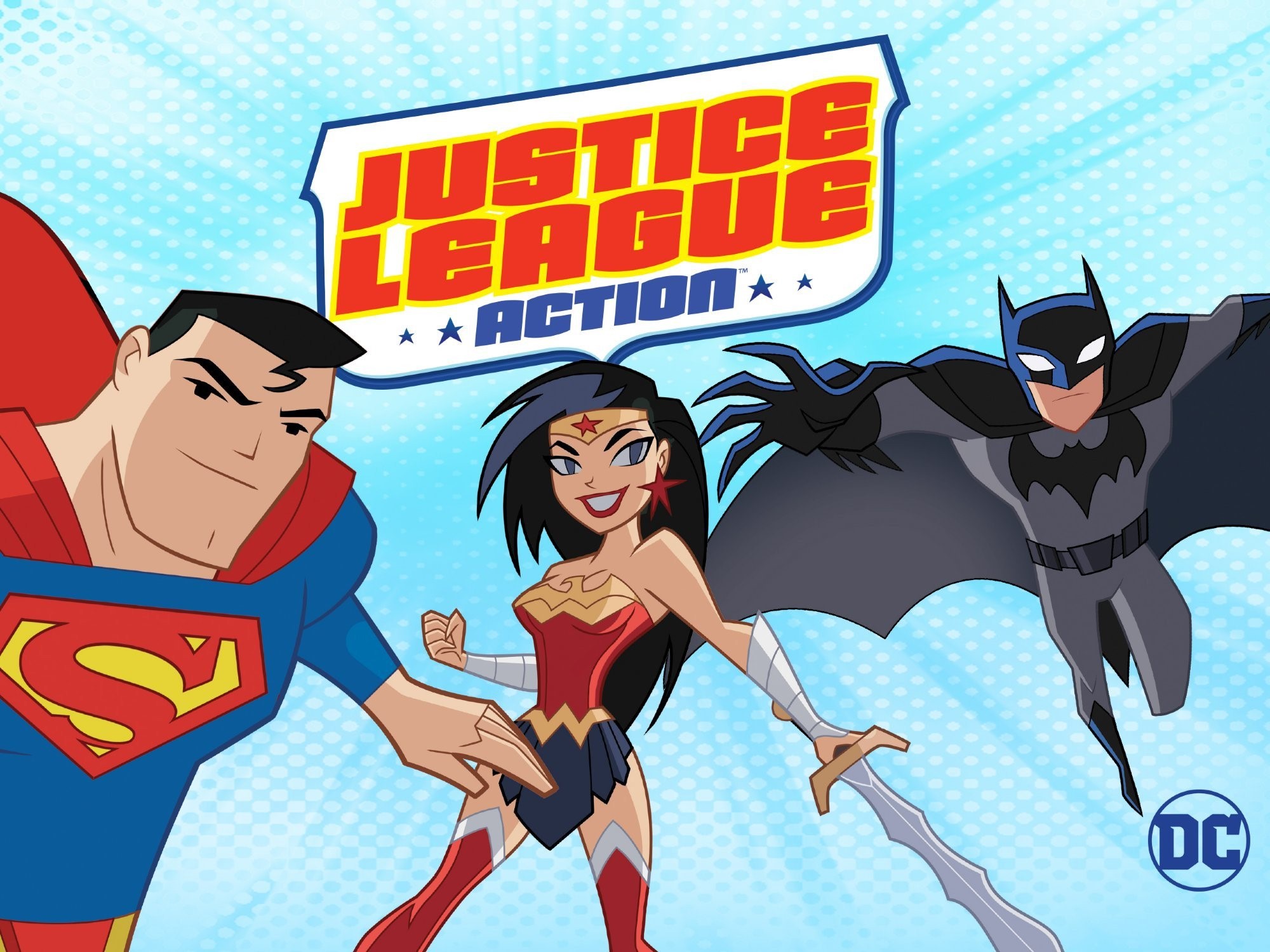 ‘Justice League Action’ is the amalgamation of superheroes from the DC Universe, who form a unit together to fend off supervillains approaching Earth with the intent of harm. In this particular series, the team of superheroes are primarily led by Superman, Wonder Woman and Batman, although in most cases Batman does the mind work or is the crafty mastermind behind all their adventures. For promotion in the United States, McDonald’s Happy Meal toys were distributed to coincide with the release of the series. ‘Justice League Action’ holds a rating of 7.8/10 on IMDb.

Justice League Action Cast: Who is in it?

The Justice League team is an assortment of multiple superheroes and supervillains from the DC Universe – there is no point talking about all of them. Let us look at some of the prominent superhero and villain members and who all lent their voice to these saviours and destructors.

Justice League Action Plot: What is it about?

Season 1 of ‘Justice League Action’ had a total of 52 episodes that were aired from 2016 to 2018. In the series, Batman, Superman and Wonder Woman lead a varied range of superheroes against a host of supervillains, both space invaders and magical creatures, malevolent forces of evil with extraterrestrial powers, intent on bringing upon damage to our home planet. The heroes are always full of energy and vigour and determination to stand up to the challenges and defeat the forces of evil to save the planet Earth.

Each episode presents our heroes with a new challenge. In one episode, a ghoul wants to open a volcano using the powers of the Justice League and possesses a parasite to do exactly that. In another episode, an evil Djinn called Uthool takes possession of Batman, that leads Superman and the others in the league to fight against the Dark Knight, which we all know, is not an easy task for anyone, even though Batman has no superpowers. In yet another episode named “Abate and Switch”, the Brothers Djinn, a ghoulish trio, directs spells on the heroes just by calling out their names. The heroes, in turn, use cunning disguise themselves as each other to defeat the Brothers’ magic.

The villain Solomon Grundy, in a certain episode named, “Zombie King” escapes Louisiana prison and raises the dead using a magic crystal. Batman and Blue Beetle travel back in time so that they can stop the assassination of a young Dark Knight. Lex Luthor makes an appearance in episode 12, “Repulse”, and infects Superman with a magnetic charge. Superman isolates himself by going to space so that he stops repelling everything that comes his way.

In a rather funny episode called “Barehanded”, Green Lantern carelessly forgets his ring in an intergalactic restroom. When the ring goes missing, Green Lantern tries to look for the alien thieves who might have stolen it. Another time the Justice League goes away on a mission leaving behind Plastic Man and Superman’s dog Krypto to guard the Watchtower. The very last, or the 52nd episode, of season one is about a new villainess called Red Velvet. Booster realizes eventually that Red Velvet is none other than the fiancée he left at the altar in the future.

Justice League Action Season 2 Release Date: When will it premiere?

‘Justice League Action’ Season 1 premiered on December 16, 2016, and the last episode of Season 1 was aired on June 3, 2018. Unfortunately, there has been no news regarding a renewal of the cartoon series since then. Warner Bros. and DC had envisioned ‘Justice League Action’ to be a kid-friendly series, something along the lines of ‘Teen Titans’. But mid-way through, the clamour surrounding the show dropped.

Even then, the fans can be hopeful, solely because characters as classic as Batman, Superman and Wonder Woman cannot fade out from the imagination of kids and adults both. Patience is bound to be rewarded. Let’s pray, sometime soon in the near future, we will get to see our heroes embark on new adventures and overcome new boundaries around the galaxy. We will surely keep you updated about ‘Justice League Action’ Season 1 release date.

Since there has been no news on ‘Justice League Action’ Season 2, we don’t have a trailer. But you can take a look at the trailer of Season 1 below to get an idea about the show: