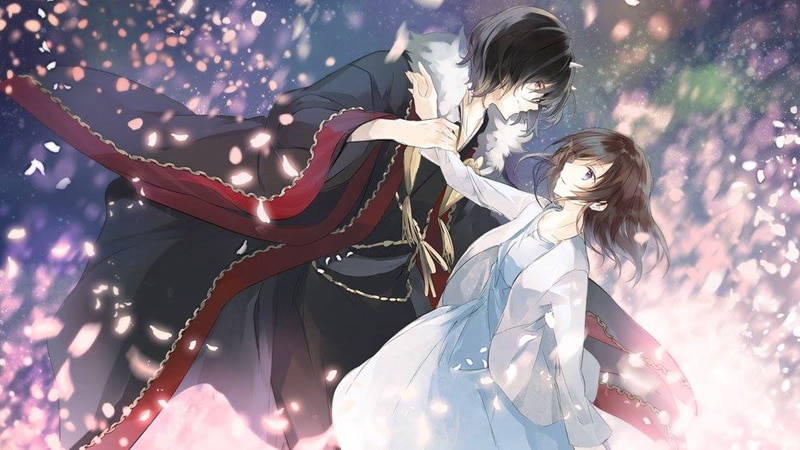 Kakuriyo: Bed & Breakfast for Spirits (also known as Kakuriyo no Yadomeshi in Japanese) is a supernatural anime television series based on a light novel series of the same name. Written by Midori Yūma and illustrated by Laruha, the light novel series was first published in 2015 and new books in the series are still being published.

A year later, a manga adaptation with illustrations by Wako Ioka began serialization in the B’s Log Comic magazine on April 30, 2016 and new chapters of the manga series are being published even to this day. Subsequently, in 2018, famed Japanese anime studio Gonzo announced plans to adapt the manga series into an anime television series and Season 1 of Kakuriyo: Bed & Breakfast for Spirits premiered on April 2, 2018. It was deemed to be a success by fans of the source material and new viewers alike and fans have been eagerly waiting to hear news on a second season. Here’s everything we know about the prospects of Season 2 thus far.

Kakuriyo no Yadomeshi Season 2 Release Date: When will it premiere?

Kakuriyo no Yadomeshi season 1, consisting of 26 episodes, premiered on April 2, 2018 and ran till September 24 of the same year. However, in spite of the show’s popularity, a second season has not been announced yet.

That being said, there’s no reason to get worried just yet if you’re looking forward to a second season of the show. Anime shows are typically renewed within a period of five years and hence there’s plenty of time left for Gonzo to announce a second season. Further, since new chapters of the manga series are still being published and the light novel series is yet to see its conclusion, there’s definitely no dearth of source material for a second season.

Given this fact, we think that Kakuriyo: Bed & Breakfast for Spirits has a pretty decent chance of getting renewed for another season. However, the anime industry is an unpredictable one and it’s impossible to say for certain what fate awaits the show till Gonzo makes an official announcement on its future. We’re keeping our ears open for news on Kakuriyo Bed and Breakfast for Spirits Season 2 release date and we’ll update this section as soon as we hear something reliable.

Although there’s no English translation of the light novel series, the good news for Western audiences is that the anime adaptation has a great English dub. If you want to watch the show in English, you can find dubbed episodes on Funimation.

Kakuriyo: Bed & Breakfast for Spirits has a pretty interesting plot and it revolves around a college student named Aoi Tsubaki and her ability to see spirits.

Aoi inherited the ability to see spirits from her deceased grandfather and since she gained this ability, she made her peace with it. One day, while crossing a torii shrine, Aoi sees a hungry spirit and begins feeding it. However, things take a sinister turn when the spirit, accompanied by an ogre named Odanna, kidnaps her and takes her to the Hidden Realm – the world where spirits live. In the Hidden Realm, Odanna claims that Aoi’s grandfather owed him a great debt and that it is now on Aoi to repay that. As repayment, Odanna demands Aoi’s hand in marriage, much to the young college girl’s shock. However, Aoi manages to avoid that fate, and after some negotiation, agrees to work at Odanna’s inn, Tenjin’ya, to repay her debt. From here on out, the show follows Aoi’s work at the inn and the bizarre spirits she meets on a daily basis.

Although Kakuriyo: Bed & Breakfast for Spirits has a long list of characters, there are only three main characters in the show. Below, we’ve provided you with brief backgrounds on each of the main characters.

Aoi Tsubaki: The main protagonist of the show, Aoi is a college student who inherited the ability to see ayakashi or spirits from her deceased grandfather. Aoi gained this ability at a very young age, and this spooked her mother out who, in turn, abandoned her. Thus, Aoi had a difficult childhood and grew up in an orphanage. Over the years, Aoi made peace with her fate, and started pleasing the ayakashi by offering them food. Years later, when Aoi is in college, she gets kidnapped by an ogre named Odanna who demands that she marry him to repay the debt owed to him by her grandfather. However, Aoi refuses and instead starts working at Odanna’s inn to repay the debt. As far as Aoi’s personality is concerned, she is shown to be a stubborn and brave young girl who has a very caring side.

Odanna: Another main character in the show, Odanna is an ogre and the owner of an inn called the Tenjin’ya. A very powerful ayakashi, Odanna is one of the eight Hachiyos of the Hidden Realm. Odanna knew Aoi’s grandfather, Shiro and was good friends with him. However, Shiro owed Odanna over 100 million yen before he passed away. In a bid to reclaim what is rightfully his, Odanna kidnaps Aoi with the intention of marrying her. However, Aoi refuses and chooses to work at Odanna’s inn instead. As far as Odanna’s personality is concerned, he is shown to be merciless and cold to some while he’s kind-hearted to others. In spite of Odanna’s merciless nature, it’s shown that his servants revere and love him for his generous heart and kind soul.

Ginji: The final main character in the show, Ginji is a nine-tailed fox ayakashi and is known as the young master of Tenjin’ya. Being almost 300 years old, Ginji is almost the same age as Odanna and has abilities which allow him to shapeshift into many forms ranging from a young boy to a beautiful woman. After Aoi gets kidnapped and taken to the Hidden Realm, Ginji offers her a place to stay at his hotel, being thoroughly impressed by her culinary skills. Further, Ginji is also among the first to show kindness to Aoi in the Hidden Realm, and over the course of the show, the two become good friends.