New Clues About Kangaroo in ‘The Masked Singer’ 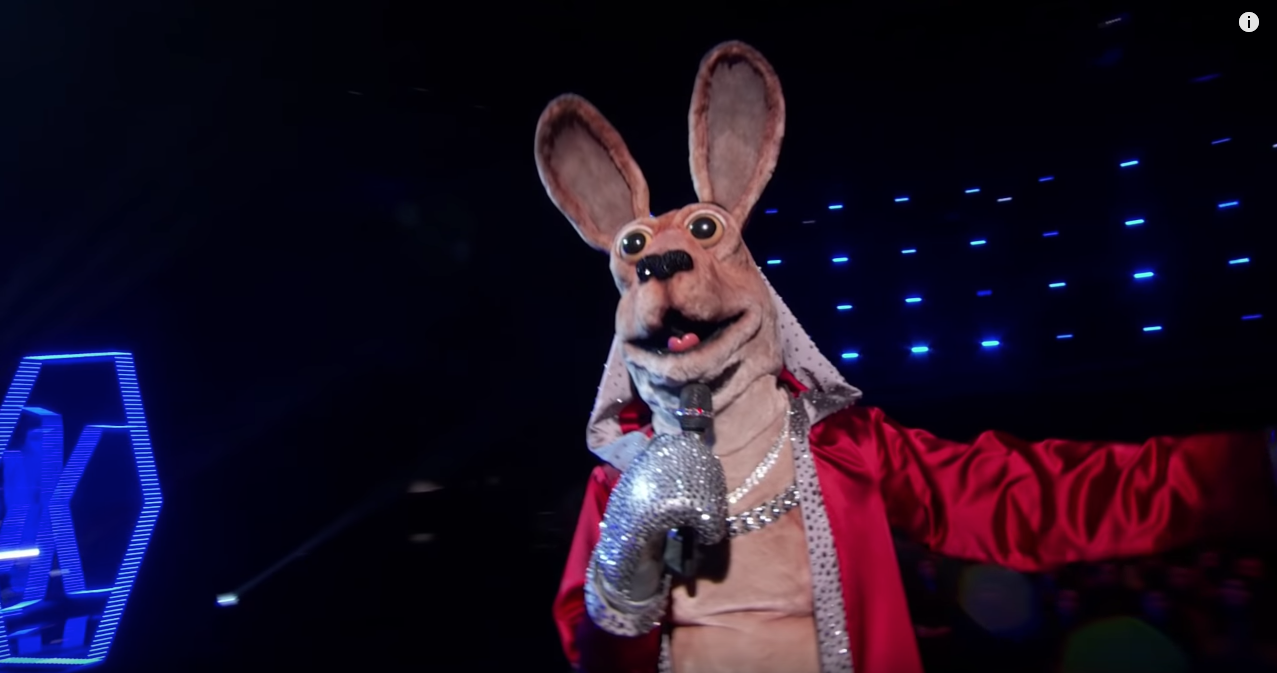 ‘The Masked Singer‘ is getting more exciting with every passing episode of Season 3. The five remaining performers — Turtle, Kangaroo, White Tiger, Llama and Miss Monster — gave it their all in episode 2, but there’s no denying who was the best. Yes, Kangaroo! But the million dollar question is: Who is Kangaroo? Let’s analyse the clues that we have got till now.

Kangaroo introduces herself this week, saying that she has been watching life from the sidelines, and is going to come back to the spotlight irrespective of her fears. There are sporting references as Kangaroo plays out the underdog tale. We see her play basketball with a group of men in jerseys and neckties. She wants to be a role model for her child, and thus, does not plan on being eliminated anytime soon.

In the Masked Academy, she has been voted most likely to appear on a list with Seal and Mike Tyson. You can check out her performance below.

Thicke picks up on the fact that Kangaroo seems nimble on stage, and the basketball reference helps him deduce that it is the WNBA player, Candace Parker. Jason Biggs picks up on the ‘fresh start’ bit in the clue package and deduces that it might be Tatyana Ali, from ‘The Fresh Prince of Bel-Air’.

Ken Jeong makes a similar guess, basing his conclusion on the basketball clue shown at the start. He combines this with Kangaroo saying that she watches from the sidelines. Thus, Ken feels that it might be Gabrielle Union, who is a vocal artist and is married to basketballer Dwayne Wade.

Ken surprisingly, has made quite a good guess, and it is refreshing to see that a lot of judges have done away with the obvious Australian connection that was drawn regarding Kangaroo’s identity. We might be inclined to go with Ken, but for now, we stand by Nicole’s guess, last week, that Kangaroo is Destiny’s Child member, Kelly Rowland. However, as more clues come to light, we will be surer of the Kangaroo’s identity.