Kangaroo on ‘The Masked Singer’: Clues and Guesses 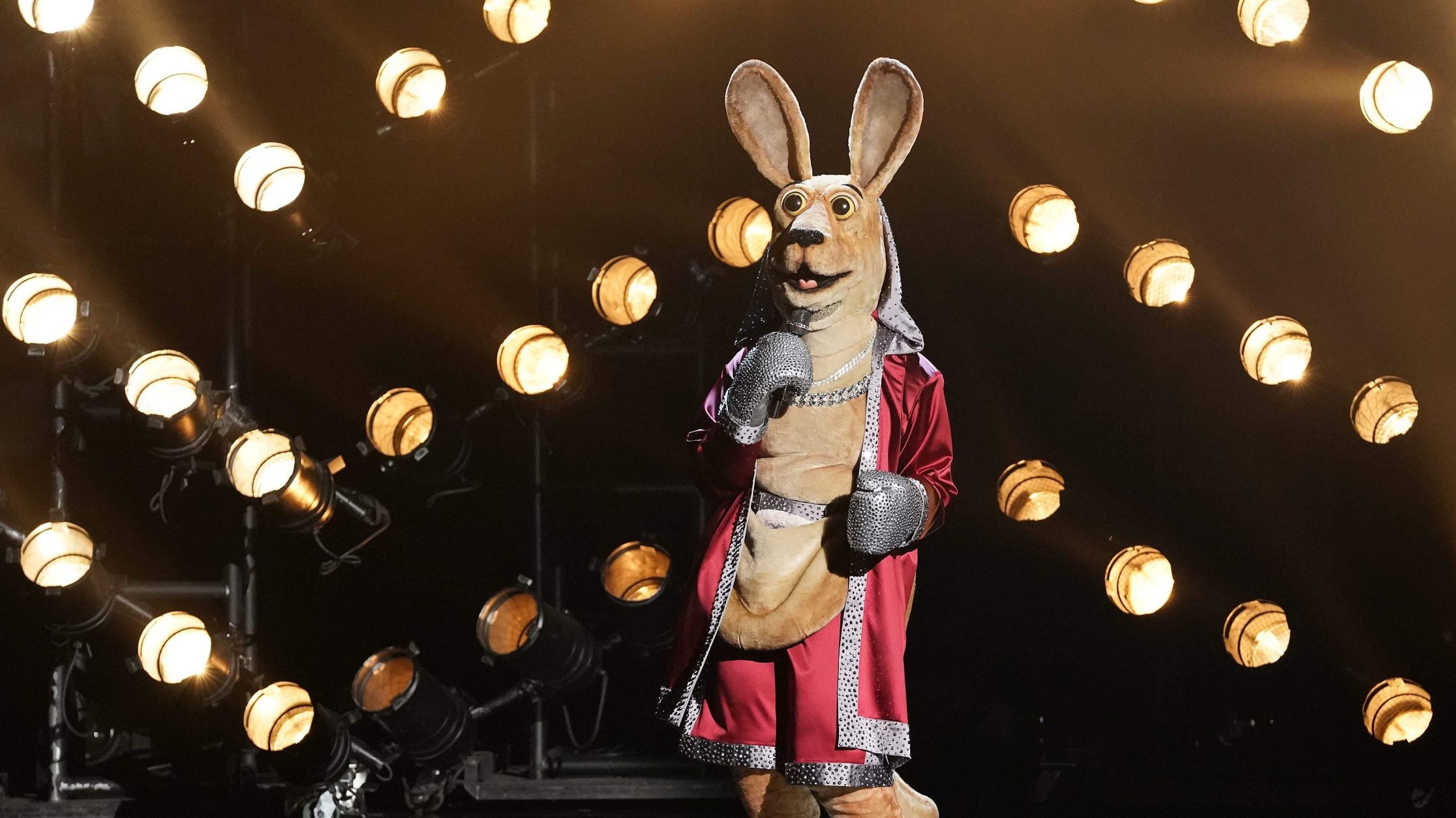 ‘The Masked Singer’ Season 3 has given us some fantastic performers. Now that we are past the group stages, and the Super Nine, the competition is only getting fiercer. And while we might have our favorites, there is no denying that Kangaroo is one of the most inspiring performers we have seen this season.

Her narrative has been about bouncing back from hardships and using the show’s performances as a kind of therapy. Accordingly, her voice is infused with emotions, making each performance stand out. As we head towards the Smackdowns, you might be curious about who’s behind the Kangaroo mask. We have the clues and guesses right here.

Kangaroo tells us that she knew she had to put on a fighting face, coming into the competition. We are reminded of the rumors in her past, that vilified her. Although she started believing in herself, throughout the season, Kangaroo remains incredibly nervous about going up on the stage. She jokingly says that when she’s jumping, she’s shaking out her nerves. Although she feels out of her league, Kangaroo is ready to respond with a fighter’s anthem. Having been through hell in the past year, Kangaroo is prepared to bounce back with her performance.

The participant gives us a super clue, which is a plastic kangaroo. She also refers to viewers as ‘dolls’ asking them if they can guess her identity. She belts out “Not Ready to Make Nice” by The Dixie Chicks. As part of the April Fool’s format, Kangaroo also refutes a wrong notion about her identity.

She says that she’s never lived in Australia. You can check out the clue package below.

To be honest, Kangaroo’s Super Nine clue does not give much away. It does help to know that she’s never lived in Australia. However, the guess we have, for now, is still majorly based on the previous clue packages. There was a toss-up between Jordyn Woods and Jordin Sparks.

However, upon further analysis, the former seems to be the most likely option. Kangaroo’s new clue says that she was vilified for rumors. It must refer to Woods, because Sparks appeared in the press, defending a photo of her husband with another woman, but was never vilified. Therefore, the clue clearly refers to the Woods falling out with the Kardashians.

The clue about Dee Jay might have referred to Sparks’ son, but it fits just as well with Woods. She has worked as a DJ. Kangaroo’s clues have been overlapping for both Sparks and Woods. These include the death of a family member, the appearance of a brother, and the number ’23’ on jerseys. The number is associated with Michael Jordan, whose surname could hint at the first name of Sparks and Woods.

It remains unclear whether the hints were deliberately overlapped to throw someone off, or whether they were just coincidental. However, another clue by Kangaroo lines up with Woods being behind the mask. She says that she’s likely to be on a list with Seal and Mike Tyson. While this initially stumped us, the clue might refer to the fact that both these personalities have a gap between their front teeth. Woods also famously has a similar gap.

Therefore, most of the clues seem to point at Woods for now. Twitteratis seem to agree, as you can see from the post below.

I feel like the kangaroo on Masked Singer is Jordyn Woods. You can’t just sing a couple sad songs and think we good, boo. pic.twitter.com/ZOQqNuzWKF

We are pretty confident of the deduction, but we fully expect Kangaroo to last a few more rounds. Therefore, with more clues, we should be able to double down on our guess or modify it as needed.

Read More: Who is Rhino on Masked Singer?