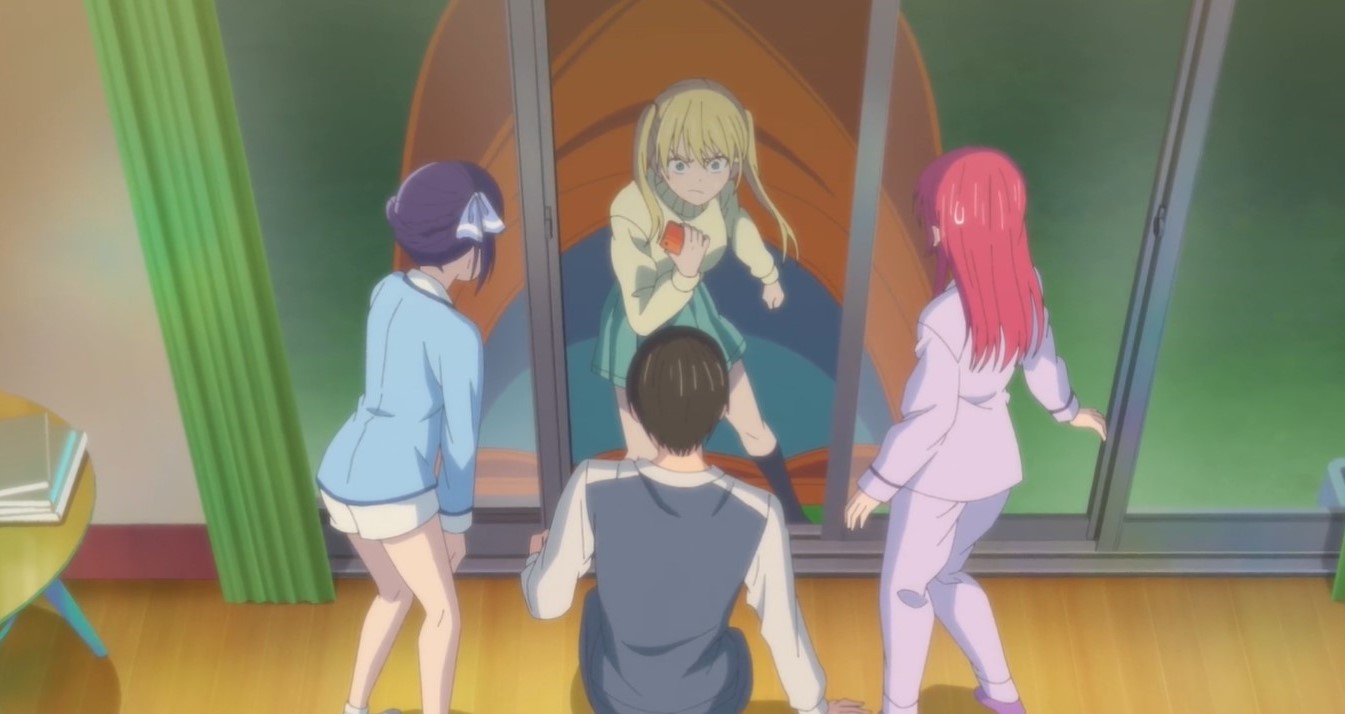 Based on Hiroyuki’s manga series of the same name, ‘Girlfriend, Girlfriend’ or ‘Kanojo mo Kanojo’ is a romance comedy TV anime. The series follows Naoya Mukai, who accepts his classmate Nagisa Minase’s proposal even though he already has a girlfriend named Saki Saki. Although his childhood crush is initially uncomfortable, Naoya manages to convince her with Nagisa’s help, and the trio begins a three-way relationship that stands at odds with societal norms.

It marks the beginning of a comical journey as they juggle school and love while remaining honest with each other. The anime first premiered on July 3, 2021. Here is everything you need to know about its upcoming episode.

‘Kanojo mo Kanojo’ episode 6, titled ‘Tsun Is Dere’ or ‘Tsun ga Dere,’ is slated to premiere on August 7, 2021, in Japan. It will air on JNN (MBS, TBS, BS-TBS) and AT-X at different times. The series is developed by Tezuka Productions, with Satoshi Kuwahara helming the directorial team and Keiichirou Oochi, Mayumi Morita, and Kazuhiko Inukai overseeing the scripts.

Crunchyroll has licensed the series for streaming outside Asia. People with a subscription can head here to watch the latest episodes. The romance comedy TV anime is also accessible on VRV. People from some countries in Asia can stream the series on Muse Asia’s YouTube Channel. iQIYI and Bilibili also have ‘Kanojo mo Kanojo’ in their catalogs.

In episode 5, titled ‘Tsun Is Dere’ or ‘Tsun ga Dere,’ Rika Hoshizaki continues to try and convince Naoya to make her his third girlfriend. She argues that she is not only physically attractive but also a popular internet celebrity who makes tons of money. Although Naoya agrees with some of her points, he remains inflexible and rejects her proposal, even when she asks him to let her live as a tenant.

The following day, when Nagisa, Naoya, and Saki Saki return home from school, they find Rika camping outside. She vows not to leave until she is accepted into their home by the trio. Believing that the cold climate will eventually force her to leave, Naoya and his girlfriends do not take her seriously. But even in the rain and freezing cold weather, Rika refuses to leave and uses the opportunity to make a vlog for MeTube.

Later Nagisa, Naoya, and Saki Saki spend time in the bathroom, which leads to some hilarious and embarrassing situations. Nagisa expresses her desire to spend more time with her boyfriend, and Naoya agrees that in all the chaos, they have not been together much.

In episode 5, titled ‘Tsun Is Dere’ or ‘Tsun ga Dere,’ the trio will discuss going outdoors and camping. Saki Saki will reveal that she is into anime which will prompt Nagisa and Naoya to call her an otaku. Rika may continue to be a nuisance and won’t give up on her desire to be the third girlfriend.