When Will Kaos Release on Netflix? 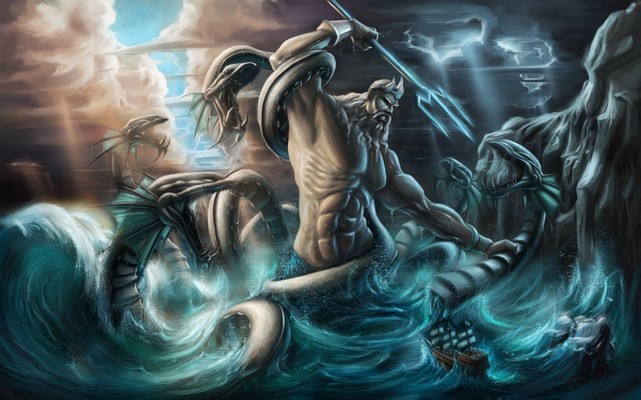 Be it arts, drama, philosophy, literature, or mainstream television, Greek Mythology has had a heavy influence on western culture. Its intriguing tales of greed, war, passion, vengeance, and love have been traversed into several mediums and as viewers, we’ve very well appreciated the depth of its lore. The streaming giant’s new addition, ‘Kaos,’ will tread a similar path and walk you through its original take on the ancient mythology. There’s already a bit of buzz around the show which has probably made you wonder what it’s about and when it’s coming out. Well, here’s everything we know.

After being given a straight-to-series order back in June 2018, the highly anticipated season 1 of Kaos is scheduled to release sometime in 2020 on Netflix. Our best estimate is that Kaos will come out in Fall 2020. Reportedly, the show will have a total of 10 episodes in its first season.

Charlie Covell, better known for her work in Netflix’s acclaimed show ‘The End of the F***ing World,’ is the creator-writer of ‘Kaos.’ This pretty much explains all the hype around the show. Since it is being produced by All3Media and Brightstar, its executive producers will be All3′ Nina Lederman and Brightstar’s Tanya Seghatchian and John Woodward. At the moment, all the other details about its cast and characters are being kept under the covers. There’s also a trailer for the series that has been going around lately, but that trailer is fake. In fact, Netflix has not even released an official poster for the series. What we do know is that Covell expects big feats from the show; something that ends up in the same league as ‘Game of Thrones.’

In one of her recent interviews, she explained how the show will be taking a contemporary look at Greek Mythology. According to her, when it comes to its humor and music, its tone will be similar to that of ‘The End of the F***ing World.‘ But she expects it to be as scalable as HBO’s ‘GOT.’ According to the official synopsis provided by Netflix, ‘Kaos’ will “explore themes of gender politics, power, and life in the underworld” through its modern take on Greek and Roman mythology. In the past, several TV shows and movies have made references to the Ancient Greek Folklore.

However, Rick Riordan’s ‘Percy Jackson‘ book series, and the movie adaptations that followed, played a key role in familiarizing the world with the intricacies of everything from its gods to mythical creatures and even rituals. From the looks of it, Charlie Covell ‘Kaos’ will seemingly offer something similar. Greek Myths have always inspired the human imagination and considering the kind of rich tales of ancient gods and goddesses that it brims with, ‘Kaos’ sure does have a lot of potential.