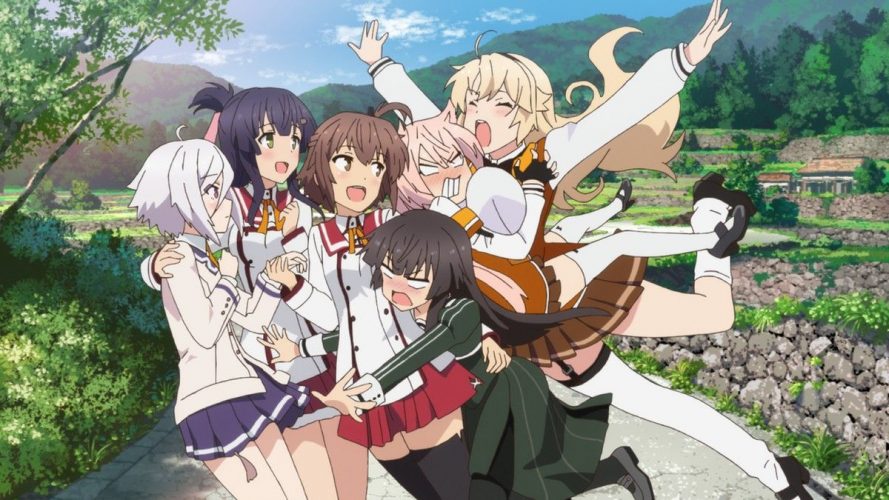 Katana Maidens: Toji No Miko is a Japanese fantasy anime television series which is produced by Studio Gokumi and is a part of a multimedia franchise of the same name. As part of the franchise, a manga series of the same name began serialization in the Monthly Shōnen Ace manga magazine on October 26, 2017 and it ran till March 26, 2019, spanning three volumes. Shortly after the manga series began serialization, Studio Gokumi announced plans to adapt it into an anime television series, and Season 1 of Katana Maidens: Toji No Miko made its way to viewers’ screens on January 5, 2018.

Although the show was not a very highly rated one, it still managed to impress fans of the manga series and some new viewers. Since then, fans have been waiting to hear news on a second season and here’s everything we know about the prospects of Katana Maidens: Toji No Miko Season 2 thus far.

Katana Maidens: Toji No Miko Season 2 Release Date: When will it premiere?

Katana Maidens: Toji No Miko season 1, consisting of 24 episodes, premiered on January 5, 2018 and ran till June 22 of the same year. Shortly after release, the show managed to create a good reputation for itself and it did not come as a surprise when another Japanese anime studio called Project No.9 announced a spin-off show and a special episode. The special episode, titled Mini Toji: Kanami-Mihono no “Toji Miko Taidou-hen” 205-byou de Shoukai Tokuban!, premiered on January 6, 2019, and the spin-off show, titled Mini Toji, was released on the same date. However, as it stands, a second season of Katana Maidens: Toji No Miko has not been announced yet.

For those who like watching anime shows in English, the good news is that Katana Maidens: Toji No Miko is co-produced by Crunchyroll and hence, it received an English dub almost immediately after release. If you want to watch the show in English, you can find dubbed episodes on Crunchyroll and Funimation.

The show is set in a fantastical world where elite shrine maidens known as Toji have, for centuries, protected the world from mysterious, malevolent creatures known as the Aratama, which are bent on destroying humanity. In the modern day, these shrine maidens still exist to fight off the Aratama, and are aided in their fight by the government, which has organized them into a special police force. Further, the government has also set up five elite academies to train young girls in combat so that they can acquire the necessary skills to become a Toji.

In this backdrop, the show follows a young, upcoming Toji named Kanami Etou, who is part of the Minoseki Academy. However, Kanami’s life takes an unexpected turn when she gets chosen to represent the Academy at a sword fighting tournament. At the tournament, Kanami meets the mysterious Hiyori Juujou, and the two rise to the final of the tournament. At this point, an unforeseen events plunges the world of the Toji into chaos, and Kanami and Hiyori must team up to restore things to normalcy while also dealing with the prospect of betrayal.

Although there are dozens of characters in Katana Maidens: Toji No Miko, only a handful are central to the plot of the show. Below, we’ve provided you with brief backgrounds on each of the important characters in the show.

Kanami Etou: One of the two main protagonists of the show, Kanami is a second year student in the middle school division of the Minoseki Academy, which is among the only five academies in the world which trains young girls so that they can become Tojis. As far as Kanami’s personality is concerned, she is shown to be a sharp, bright, and positive young girl who is well-liked and has many friends. Kanami is also shown to be a kenjutsu enthusiast who specializes in the the Yagyū Shinkage-ryū style of swordfighting. She wields a katana called Chidori.

Hiyori Juujou: The second main protagonist in the show, Hiyori is a third year student in the middle school division of the Heijou Institute, which is also one of the five elite Toji academies. As far as Hiyori’s personality is concerned, she is shown to be a cool, level-headed, and stoic Toji who has a strong sense of responsibility and duty towards humankind. Hiyori is shown to excel at the Kashima Shintō-ryū style of swordfighting and is a relentless Toji who will stop at nothing till she fulfills her mission. Hiyori wields a katana called Kogarasumaru.

Mai Yanase: Another important character in the show, Mai is also a second year student in the middle school division of the Minoseki Academy and is a close friend of Kanami. She is also shown to be an extremely skilled swordsman who specializes in the Hokushin Ittō-ryū style of swordfighting. Mai wields a katana called Magoroku Kanemoto.