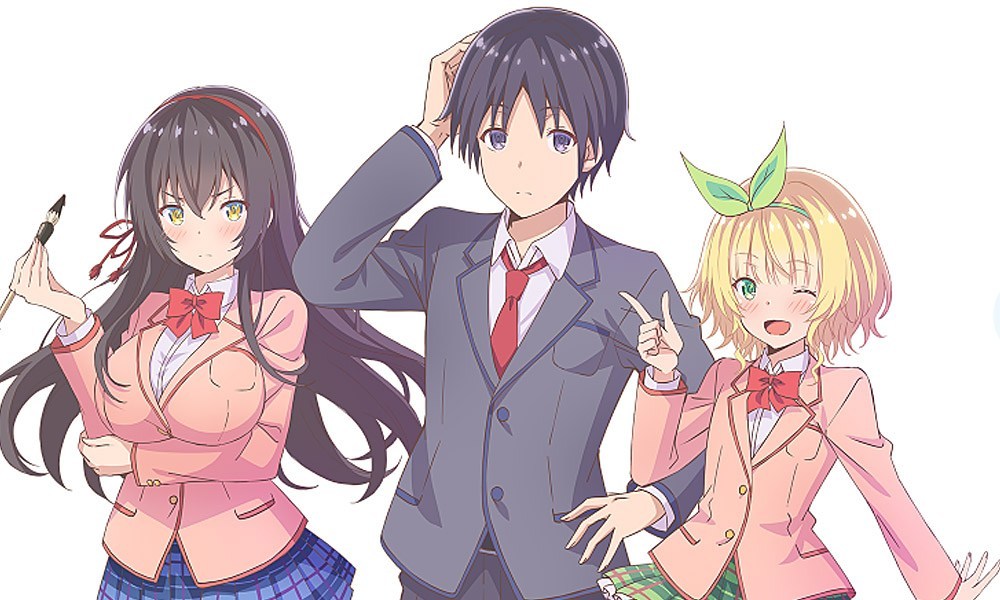 So basically, this show is nothing but a psychological horror parody where a teenage boy gets harassed by the girls of his school without even realizing what’s going on. Produced by Seven and GEEKTOYS studios, the animation side of it is pretty decent and suits the whole rom-com vibe of its story. The characters are not at all well developed but it’s their weird fetishes that make them interesting to watch. Overall, ‘Kawaikereba Hentai’ is just a time killer and there is nothing too special about it. If you are a fan of Ecchi anime, then the slightly different approach that this one takes might enhance your viewing experience. But for others who despise typical high school harems, this one does not offer much.

Hensuki Season 2 Release Date: When will it premiere?

The most recent volume of the light novel, which was a special volume, released on July 25, 2019. Since this volume came out after the release of the anime, it will obviously not be a part of this season. So even if the creators adapted the first few volumes, they will still be left with a whole volume for a new season. Now, for obvious reasons, one volume will not be enough for producing a full-fledged season 2, so unless the author of the source material does not come out with more content, we will not get to see more of this anime.

Keiki Kiryu is the main protagonist of the show who is second-year high school student. He usually works as a library helper and is also a prominent member of the school’s calligraphy club. He gets really insecure about his single status but everything changes for him when one day, he discovers a love letter in his room along with a pair of white panties. He then decides to look for this “Cindrella” in the hope that he will finally be able to fall in love with a girl. In appearance, Keiki has a fairly average build for his age and has short black hair with dark-colored eyes. Like all the characters of the anime, he is usually seen in his school uniform.

Mizuha is Keiki’s younger sister who always tries to get his attention. She constantly flirts with him and even tries to sneak in when he sleeps. Later, she becomes one of the prime suspects due to her obsession with her brother. When it comes to her appearance, she is a cute young girl with shiny light brown hair and deep blue eyes.

Yuika is another student at the high school who works at the library with Keiki. She descends from a Caucasian background and has blond hair with blue eyes. Initially, she seems to be very shy and introverted but after Keiki keeps making an attempt to talk to her, she starts warming up to him.

Mao Nanjo is Keiki’s classmate and quite often, she hangs out with him and Shoma. She is a fujoshi who fantasizes about Kaiki and Shoma being in a homosexual relationship and even illustrates it in her own manga series. Later, she even openly asks Keiki to get into a relationship with Shoma so that it becomes easier for her to express her fantasies on paper.