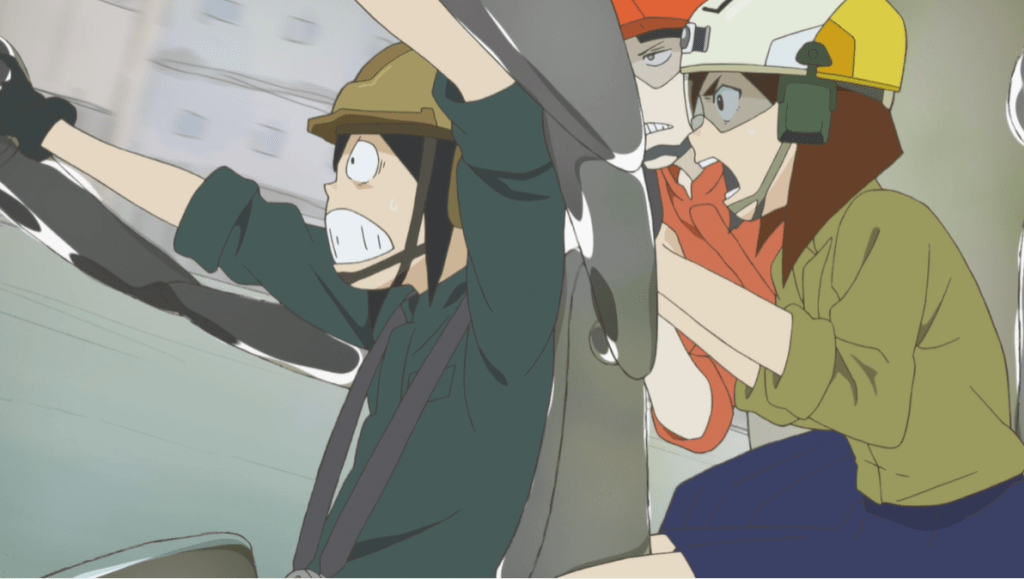 There is this whole new sub-genre of “anime about anime shows,” which is now starting to catch up with viewers. After the success of ‘Shirobako‘, it became pretty evident that most otakus love anime shows that grounded to reality and portray the struggles of realistic characters who are trying to make a name for themselves in the ever-growing anime industry.

‘Keep Your Hands off Eizouken’ treads a similar path and highlights the journey of a young girl who is determined to make her own anime show. Another aspect of its that makes it so unique is its all-female cast, who defy the typical “cutesy” demeanor of female anime characters. All three characters of this show are awkward, gawky and most of all, real.

Only one episode of its first season has premiered so far, but ‘Keep Your Hands off Eizouken’ is already doing really well and anime fans can’t help but rave about how amazing it can possibly be if its creators keep producing similar content throughout the season. With such a promising start, we just hope that this anime will be able to keep up with the expectations of its viewers. If you have already watched its first episode, read on further to know more about the release date and the streaming availability of its next episode.

Keep your hands off Eizouken Season 1 Episode 2 Release Date: When Will It Premiere?

The first season of ”Keep Your Hands off Eizouken’  is directed and written by Masaaki Yuasa who is also known for his work in ‘Crayon Shin Chan‘ and ‘Devilman Crybaby‘. Naoyuki Asano is designing the show’s characters and Oorutaichi is composing its music. Chelmico has performed its opening theme song “Easy Breezy,” while its closing theme, titled  “Namae no Nai Ao,” has been done by  Kami-sama, Boku wa Kizuite Shimatta.

Where to Watch Keep your hands off Eizouken Season 1 Episode 2 English Dub Online?

Keep your hands off Eizouken Spoilers:

‘Keep Your Hands off Eizouken’ revolves around a young girl named Asakusa Midori who dreams of making an anime someday. Unfortunately for her, no one around her shares this dream with her and she is too afraid to take this step all by herself. Somehow one day, the stars align for her and she ends up crossing paths with Mizusaki Tsubame, a socialite who aspires to become a well-known animator someday. Soon after this, even Midori’s money-loving best friend, Kanamori Sayaka, joins them and they embark on a journey to make a name for themselves in the world of anime.