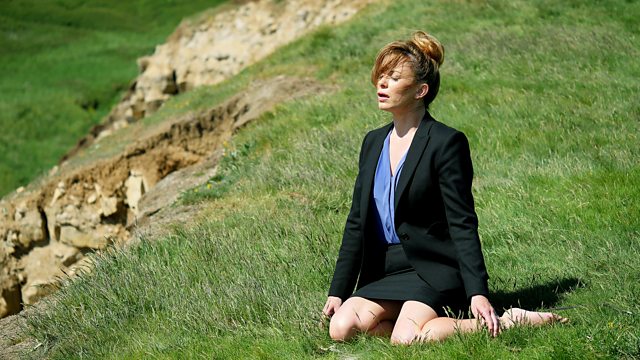 Keeping Faith is a Welsh TV series created by Matthew Hall, the original Welsh title is Un Bore Mercher which translates to “One Wednesday Morning”. The series revolves around a solicitor Faith Howells who works at a family-run firm. While on maternity leave following the birth of her third child, her husband Evan disappears. The series aired on S4C. The English version (renamed as Keeping Faith) premiered on BBC Wales. The first season consisted of 8 episodes. The series is very intriguing from start to finish and is a testament to the strength of drama coming out of Wales. According to The Guardian, the series is a “bit like Big Little Lies” relocated to rural Wales.

Keeping Faith Cast: Who is in it?

British television has always produced towering talents in acting. The top-billed cast of this intriguing thriller series is as follows:

All the main cast members are expected to return if and when season 3 happens.

Keeping Faith Plot: What the series is about?

The first season of Keeping Faith saw Faith reveal the obscure dealings that had prompted her husband’s vanishing. The arrangement begins with various red herrings concerning why Evan vanished. We learn, for instance, Evan had as of late found the individual he thought was his father was not really his dad, while in another scene we learn he had as of late supported his life coverage premiums. After Evan goes missing, Faith also finds out that the family law firm which is owned by them has serious financial problems. To exacerbate the situation, he had engaged with a local crime family called the Glynns in order to solve his financial problems and now owed them £80,000.

With Evan out of the picture, it is dependent upon Faith to attempt to find that cash. To support her, Faith’s lover Steve Baldini consents to move cocaine for another local crime boss, Gael Reardon. Amidst all this tension, DI Susan Williams is sure that Faith is somehow involved in the mysterious disappearance of her husband. Faith even gets arrested at one point but the DI is forced to release her due to lack of evidence. DI Williams likewise attempts to get an emergency protection request set up to remove Faith’s children because of her connections with Baldini, who has a broad criminal record.

To make things worse for Faith, corrupt cops seize one of her kids because of implicating proof Faith has against them. However, she turns the game in her favour by playing the two sides off against one another to get her daughter out of the trouble. As Faith thinks her issues are finished and she imparts a kiss to Baldini, Keeping Faith has one final turn at its disposal. In the end, Evan turns up again and we see him with all of the three Howells kids.

The season two of the series starts 18 months after the first season. We learn that Faith is involved in a murder trial while Evan is discharged from prison. The thrill from season one was missing in this season. The first season focused on a central plot which kept the larger story revolving the characters intact. The second season introduces a lot of subplots and fails to connect them into the larger plot which in turn makes the whole season messy. The first half of the season is more interesting to watch than the second. It centres around Faith as she tries to bring sanity to her family life while defending a woman charged with her husband’s murder. The crowning jewel of the season is Eve Myles’ performance. She keeps the whole thing going with her stellar performance. The whole season looks breathtaking because of the atmospheric Welsh beaches.

Hopefully, season 3 will pick up some steam and deliver the quality that we came to expect from the show after season 1.

Keeping Faith Season 3 Release Dates: When Will It Premiere?

Keeping Faith season 1 premiered on November 5, 2017, and the second season premiered on May 12, 2019, on S4C. Keeping Faith season 2 premiered for the US audience on Acorn TV on August 30, 2019. The series was filmed simultaneously in Welsh and in English. The Welsh version of the series got strong reviews. Gary Raymond, in Wales Arts Review, wrote: “…particularly interesting to see a genuine diamond emerge from the coalface in the form of Keeping Faith” and “Social media opinion has been a little more approving”.

Writing in The Times, Nicole Wynne described it as “the dual-language drama that has got box-set Britain gripped”. The first series won three Welsh BAFTAs in 2018: Best Actress (Eve Myles), Best Writer (Matthew Hall) and Original Music (Amy Wadge and Laurence Love Greed). After the mediocre reception of the second season, there has been no word from the creative team for season three. However, there were numerous subplots in season two which can be addressed in a compelling manner in season three. Also, the impressive viewership numbers suggest the series is most likely returning for another season. If it does, Keeping Faith season 3 is likely to premiere sometime in November 2020.

While we wait for season 3, check out the trailer for the first season below.