Keeping Up With The Kardashians S18 E02: What’s in Store? 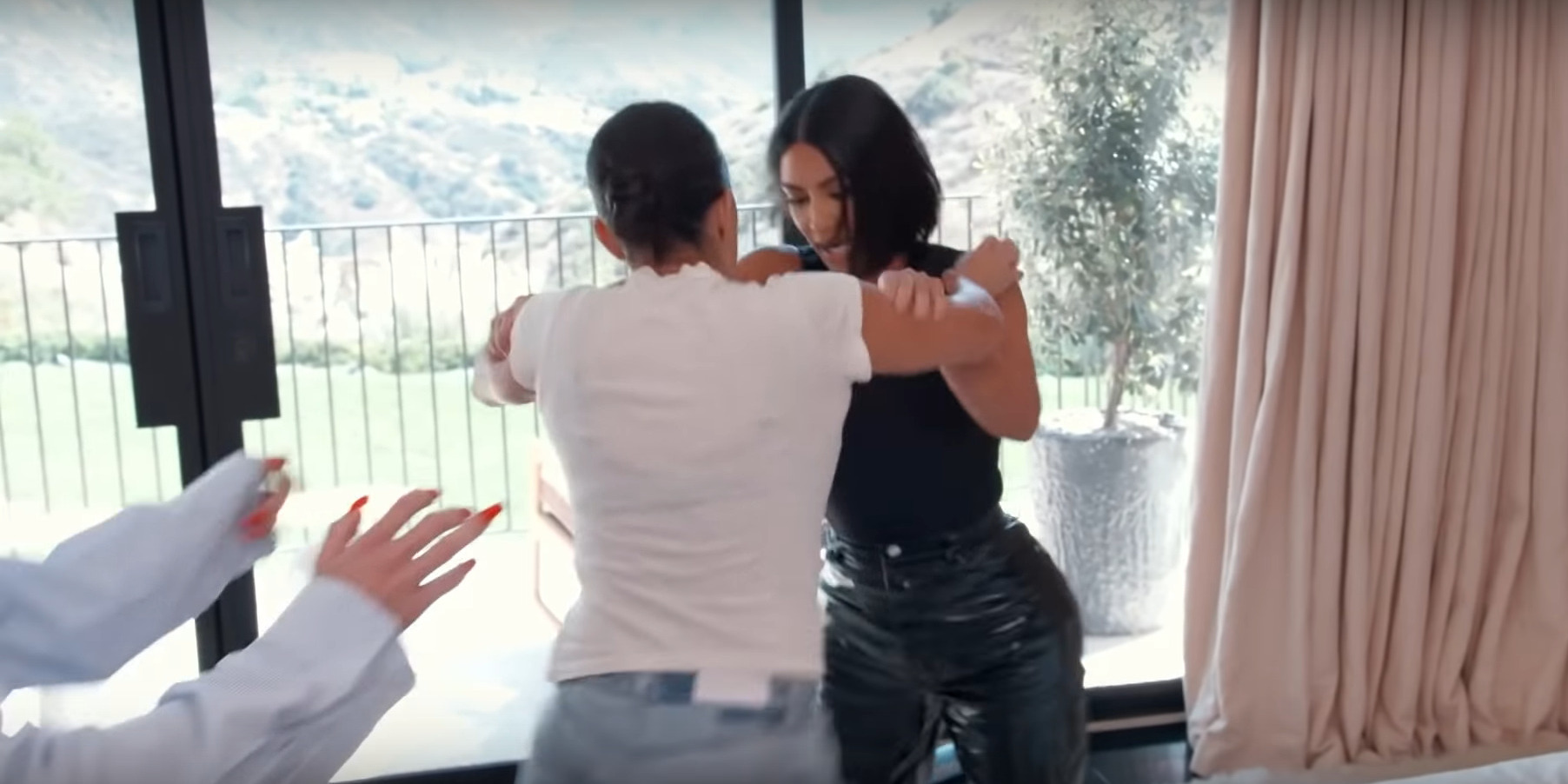 The Kitches are back! After running successfully since October 14, 2007, and producing shedloads of content, the reality juggernaut ‘Keeping Up with The Kardashians’ premiered its eighteenth season on March 26, 2020, with an explosive episode that screams DRAMA! Revolving around the personal and professional lives of the Kardashian-Jenner clan, the show has given birth to the influencer culture and popularized many social media trends over the years. And with the momager, Kris Jenner, by their side, we don’t see them stopping anytime soon.

In the latest episode of the longest running reality TV show, Kim Kardashian and Kourtney Kardashian get into a massive fight wherein Kim literally packs a punch. Want to relive the moment again? Well, check out the recap at the end. In case you are wondering about what goes down in the upcoming episode, i.e., ‘Keeping Up with The Kardashians’ season 18 episode 2? Well, we are here to help you with that.

Keeping Up with The Kardashians Season 18 Episode 2 Release Date

Where to Watch Keeping Up with The Kardashians Season 18 Episode 2 Online?

You can watch the ‘Keeping Up with The Kardashians’ season 18 episode 2 live by tuning to E! at the above-mentioned time. You can also catch the show on E! Entertainment’s official website and on the E! app.

Keeping Up with The Kardashians Season 18 Episode 2 Spoilers

We all know that this is just the beginning of a series of fights between Kim and her elder sister Kourtney Kardashian. I mean, come on. If you don’t feel it in your bones, are you even a fan? In the next episode, we can expect to see the K-sisters heading off to Armenia to baptize Psalm, Chicago and Saint at the Etchmiadzin Cathedral, the mother church of the Armenian Apostolic Church.

The physical fight with Kim is the last of a succession of irritations, incidents, remarks, for Kourtney, who might be at the brim of her patience and make a significant change to end her unhappiness. Will she be leaving the show? Probably, yes. Forever? Absolutely, no. On the other hand, Kris might get in a state of extreme worry on learning about Kylie’s inability to fulfill her work responsibilities at Paris Fashion Week, due to her poor health.

Keeping Up with The Kardashians Season 18 Episode 1 Recap:

‘Keeping Up with The Kardashians’ season 18 episode 1 is titled ‘Fights, Friendships, And Fashion Week Part 1.’

Season 18 starts with a literal bang! The sound of Kim slapping Kourtney might have resonated throughout their luxurious house in Hidden Hills, California. More on that later. In the episode, all the sisters are gearing up for the New York Fashion Week. Tristan asks Kim to meet up, and she agrees, much to her sister Khloe Kardashian’s dismay, who feels they should set some boundaries first as it’s not even been a year since the two have broken up. However, the family dinner with Tristan goes smoothly, and Khloe is happy to see True and Tristan playing in their yard.

Meanwhile, Kris is freaking out on seeing Kylie Jenner’s deteriorating health, wondering if she will be able to pull the show off. She asks Kendall for help, who refuses and cites her jam-packed schedule as a reason. Later, Kris calls up Kim, begging her to take over Kylie’s show as she is so sick, she can’t even get on a plane. Kim refuses. As she hangs up, Kim discusses with her sisters how Kim and Khloe always fulfill their work commitments, no matter how sick they are, and that’s why Kris is asking Kim to fill in for Kylie.

Kendall Jenner gets pissed off when Kim tells her that her “anxiety” issues come in the way of her work.
Kourtney chimes in saying, “You act like I don’t do sh**. You have this narrative in your mind. No, no, no, I will literally f*** you up if you mention it again.” Then Kourtney proceeds to hit Kim with something. Khloe tries to stop the two by saying, “Guys my daughter is sleeping,” but it’s too late now. One thing leads to another, and the two sisters go at it, full-on, hitting, and kicking each other. Kim slaps Kourtney hard, not once but twice. Thankfully, Khloe finally succeeds in separating her wild sisters.