Ken Watanabe is Japan’s ambassador to world entertainment. For many moviegoers, the name triggers a flashing memory of a samurai warrior, as the actor always delivers comfortable performances as Japanese monarchs and warriors. But Watanabe is not just that; he was an aspiring musician in his teens. He used to play the trumpet with the Niigata Prefectural Koide High School band. But his father fell sick and lost his job. The teen musician was compelled to stop his music lessons as the family couldn’t afford the fees. So he dropped his dream of joining the music conservatory in Tokyo after high school. Soon, Watanabe identified his fire for enacting various roles and he moved to Tokyo to pursue acting in 1978. He managed to land the lead role in the theater production of Yukio Ninagawa, a famous director, and caught the attention of Japanese media.

Ken made his TV debut in 1982. He got his big break when he was picked up to play the lead role of a samurai warrior in the Japanese national TV drama series ‘Dokugan ryu Masamune.’ The series went on the become a huge success and he soon became a household name in Japan. After winning a heroic battle against leukemia, Watanabe returned to share the screen space with Tom Cruise in the 2003 movie ‘The Last Samurai.’ The film opened the doors to Hollywood for Watanabe. High-profile movies like ‘Batman Begins,’ ‘Inception‘ and ‘Godzilla‘ cemented his reputation as one of the most critically acclaimed foreign actors working in Hollywood. Watanabe also made his mark on Broadway viewers in his first attempt. His Broadway debut was the titular role in Rodgers and Hammerstein’s musical ‘The King and I.’ “I was surprised (to be asked) at first”, Watanabe once told Japan Times. “It was my first whole play in English, my first play in a foreign country, my first musical — that’s three hurdles!”

Watanabe was first nominated for an Academy Award as the Best Supporting Actor for ‘The Last Samurai’ in 2003. His character, Lord Katsumoto, a warrior-poet who organizes a revolt against the Imperial Army, is considered to be one of the most striking international breakthroughs for a non-English actor ever. Though he garnered commercial success and critical acclaim in Hollywood, Watanabe never let go off his nationality and Japanese roots. He is keen to be a Japanese actor working in Hollywood rather than a cross over actor with universal appeal. So, now you might be wondering what is the next Ken Watanabe movie or TV show? Well, here’s the list of upcoming Ken Watanabe films and TV shows scheduled to release in 2019 and 2020. We can only hope that the latest Ken Watanabe movies would be as good as some of his recent ones.

Ken Watanabe voices the character of Lieutenant Hide Yoshida in the upcoming live-action comedy ‘Pokémon Detective Pikachu.’ He joins an ensemble cast including Ryan Reynolds, who voices the iconic Pikachu, Suki Waterhouse, Kathryn Newton, Justice Smith, Bill Nighy, Rita Ora, and Rob Delaney. Reports suggest that the plot revolves around the mysterious disappearance of a father. His son Tim Goodman then sets out to search for him with the help of detective Pikachu. Meanwhile, Pikachu learns that it can communicate with Goodman and later, they team up to find Goodman’s father. ‘Pokémon Detective Pikachu’, directed by Robert Letterman, hits theaters on May 10, 2019.

‘Godzilla: King of the Monsters’ is the latest instalment of Godzilla’s MonsterVerse. The sequel picks up from where the 2014 flick ‘Godzilla’ left. The plot depicts the ancient monsters Godzilla, Mothra, Rodan, and King Ghidorah locking horns for world domination while the crypto-zoological agency Monarch fights the superspecies. ‘King of Monsters’ is directed by filmmaker Michael Dougherty and the movie features Millie Bobby Brown, Lexi Rabe, Sally Hawkins, and Ken Watanabe in the lead roles.

According to reports, Watanabe plays Dr. Ishiro Serizawa, a scientist who has dedicated so many years of his life to studying Godzilla. He believes Godzilla’s existence is a part of nature and works hard to restore the balance whenever it is disrupted. At the end of the 2014 flick ‘Godzilla,’ Serizawa and Graham are seen combing through the ruins of San Francisco for the remains of Godzilla and when Godzilla returns to the waters, Serizawa watches with tears of joy. ‘Godzilla: King of the Monsters‘ hits theaters on May 31, 2019, and is, without a doubt, one of the most anticipated movies of the year. 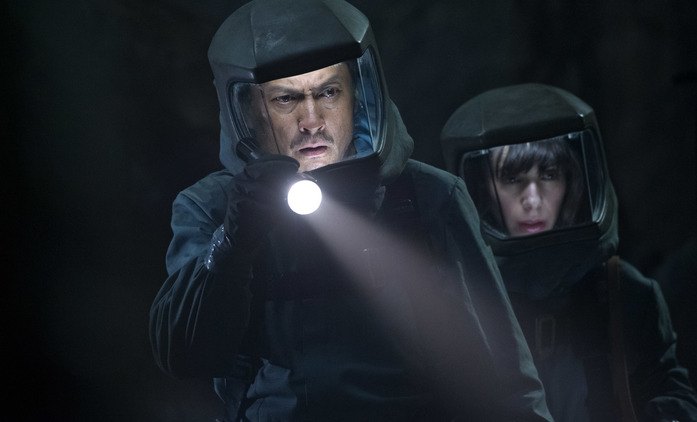 ‘Fukushima 50’ is a survival action-drama which depicts the earthquake, tsunami and the consequent nuclear disaster in 2011. Based on the book ‘On the Brink: The Inside Story of Fukushima Daiichi‘ by Ryusho Kadota, the movie follows 50 workers of the nuclear plant who’re at risk. They put their lives in danger by choosing to stay in order to stop the complete collapse of the overheating atomic reactors. Their timely interference saved the reactor from a full-fledged explosion and nuclear catastrophe. The Fukushima accident was a wake-up call not only for the Japanese people but for the whole world.

The film is directed by Setsuro Wakamatsu and features Ken Watanabe and Koichi Sato, who is known for ‘Terminal,’ ‘Whiteout’ and ‘Unforgiven’, playing the lead roles. Watanabe reportedly plays the site superintendent of the plant named Yoshida. Sato portrays the shift supervisor Isaki. They, along with the other plant workers, saved around 50 million people who live within 150 miles of the plant by minimizing the devastation and were hailed as the ‘Fukushima 50’ by the media.