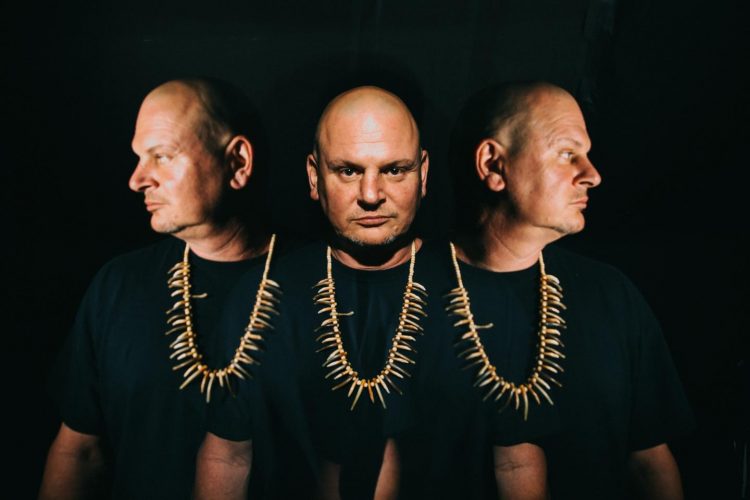 Kentucky Ayahuasca is a docu-series that airs on Viceland. The series, consisting of ten episodes, first premiered on November 28, 2018. The series, as the name already suggests, focuses on the drug Ayahuasca that is made use of in Kentucky to heal psychological disorders in people. Ayahuasca is considered to be a stupefiant, a type of narcotic. The controversial drug Ayahuasca is also used in religious ceremonies.

Kentucky Ayahuasca features a facilitator named Steve Hupp, who is a shamanic healer. The show focuses on Hupp helping his clients to leave behind their psychological conditions such as depression, feelings of low self-worth, sex addiction, inability to express emotions, binge eating disorder, opioid addiction, and other mental ailments, and achieve spiritual enlightenment. It features his elaborate ayahuasca brewing process.

Kentucky Ayahuasca Cast: Who’s in it?

Kentucky Ayahuasca is primarily centred around Steve Hupp and the many volunteers who sign up to the experience he promises.

Although Hupp had several encounters with drugs as a little boy, his discovery of Ayahuasca happened in a most unusual manner. He attended the Butler High School where he had begun selling drugs. He spent a few years of his life in the Army where he sold drugs too. He then got married and became a father to three kids, while working as a truck driver. He decided he couldn’t continue driving while taking care of his parents and his family, so he resorted to robbing. Around twenty years ago, he had robbed a bank. He carried plastic bags filled with stolen cash, and his face was hidden under a fake beard. Later he was caught and sentenced to jail for 33 months. There he made friends with a fellow inmate, who mentioned Ayahuasca. Even though Hupp had never heard of it before, it caught his interest and he gave it a try. Within six days, he noticed a transformation in himself.

Hupp explained the transformation in an interview where he said, “Your whole world has been opened up. I don’t want to make it appear that in six days I went from being what you’d term a psychopath to Mother Teresa. It’s a process,” he said. “That’s why they call it a journey.”

At the age of 53, he is a self-styled Kentucky shaman. He resides in a church in Native America, in the former Laundromat of sagging Taylor County trailer park. He is an unlikely ambassador of ayahuasca, which has gained popularity ever since.

Kentucky Ayahuasca Plot: What is it about?

Kentucky Ayahuasca is a documentary series that revolves around the drug Ayahuasca administered by Steve Hupp, the facilitator, to people having psychological disorders. Hupp conducts sessions, which are officially called as ceremonies, at a mobile home park. The interior is decorated with candles, has an altar with a skull, a stereo which plays flute music of Native America, a flag of US, Inflatable mattresses against the walls, tapestries, folding chairs, plastic buckets, and also a shower so that if people get hallucinations, they can use those for their physical purges.

Ayahuasca is an Amazonian bitter hallucinogenic brew made from plant material, which kind of looks like muddy water but is used for spiritual ceremonies by some indigenous groups of South America since a long time. It is a brew which offers a spiritual experience. The brew is made up of Banisteriopsis caapivine, Psychotria viridis and some other ingredients. It is used by Amazon basin’s indigenous people during ceremonies as traditional spiritual medicine. One of the ingredients of ayahuasca, B. caapi, has several alkaloids acting as Monoamine Oxidase Inhibitors (MAOIs), which inhibit the activities of the enzyme Monoamine Oxidase. They are powerful anti-depressants and effective therapeutic agents for social phobia and panic disorder. The other ingredient, Psychotria viridis has the primary psychoactive compound, dimethyltryptamine (DMT), a chemical compound inducing spiritual experience (entheogen).

Hupp imports the ayahuasca ingredients and brews it himself. On the first night of the ceremony, Hupp gives a small amount of ayahuasca to people, and he discusses their expectations from it. On the second night, they are offered a little more to have a more intensive experience. The period between the intake to when its effects start to show is very short as per Hupp. Different people experience different things. Some common effects include hallucinations, mood alteration, dissociation and change of perception, also vomiting and nausea. But when it’s all done, people come out with a new perception towards life.

“During the ceremony, once that door gets locked, it doesn’t get opened until everybody’s back on planet earth,” Hupp said. Hupp makes sure the effects wear off before they leave.

Kentucky Ayahuasca Season 2 Release Date: When will it premiere?

Kentucky Ayahuasca season 1 premiered on November 28, 2018 and concluded on January 30, 2019. As far as the next season goes, we don’t have an official announcement yet from Viceland. Though considering the uniqueness of the show, we we expect it to get another season. Our best guess is that if the show does get renewed, Kentucky Ayahuasca season 2 can release sometime in November, 2019. We will update this section as soon as we hear more.

The fascinating new series Kentucky Ayahuasca has proven to be an educative watch for many. Check out all the episodes of the first season on Viceland. You can get a quick glimpse of the show here.