Kevin Can F**k Himself Season 2: Everything We Know 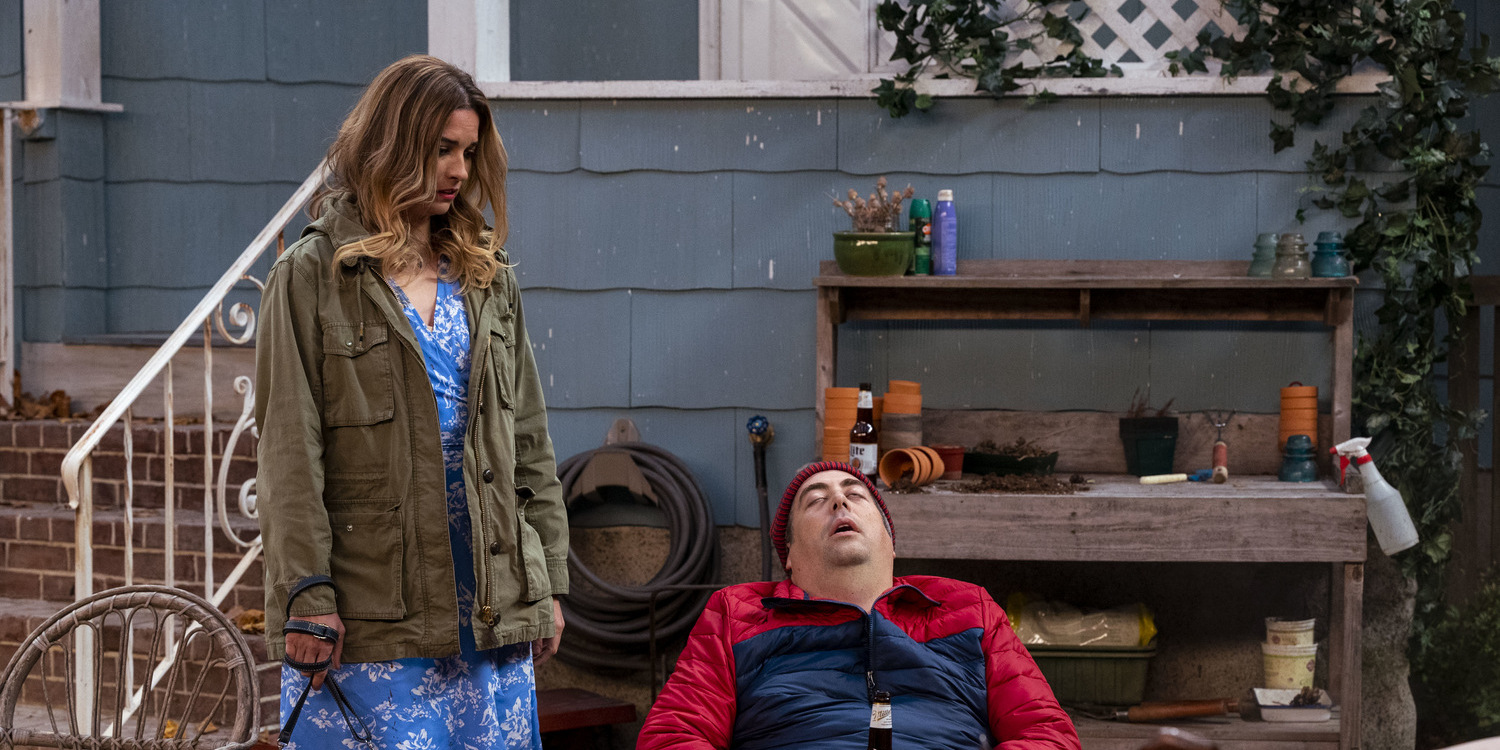 AMC’s ‘Kevin Can F**k Himself’ is a dark comedy series that puts the secret life of a sitcom wife under the microscope. Set in Worcester, Massachusetts, the series follows Allison, who is in an unhappy marriage with her inconsiderate and immature husband, Kevin. But Allison has had enough and decides to carve her own path. Created by Valerie Armstrong, the series originally released in June 2021 on AMC+ and then on AMC.

The series is known for its unique blend of genres. Its tone shifts from that of a sitcom to a dark crime drama. Although some critics felt that this formula does not always work in favor of the show, the hard-hitting social commentary keeps the viewers glued to the screen. According to several critics, Annie Murphy’s portrayal of Allison is vital to the show’s success. As the first season comes to a close on an intriguing note, the fans have been left begging for more. So, will there be a season 2? Let’s take a look!

‘Kevin Can F**k Himself’ season 1 premiered on June 20, 2021, on AMC, with the season coming to a close on August 1, 2021, after airing eight episodes. The episodes air on the cable channel one week after they are made available on AMC+. Each episode runs for 42-46 minutes.

Here is everything we know about the second season. No official statements have been made addressing the future of the series. However, we believe that the show might return for its sophomore outing. Although the series does not have stellar ratings, it has received critical acclaim and generated a lot of interest among the viewers. Moreover, the first season leaves several plotlines unresolved.

It looks like the show’s cast and producers are quite optimistic about the show’s renewal. In an interview in July 2021, Raymond Lee (Sam) stated that a second season might come to fruition if the series garnered enough support from the audience. In a different interview, the showrunner Craig DiGregorio discussed what he learned from season 1 and how he might use that while producing season 2 if the series is recommissioned.

The first season was ordered way back in October 2019, but it only arrived in June 2021. The long production time might have something to do with the pandemic delaying the schedule. Since cable networks are striving to revert to their original patterns, the potential season 2 might not take as long as the freshman edition did. Season 1 hit the screens 20 months after it was formally announced. Therefore, if the dark comedy-drama is greenlit for another round by Fall 2021, we can expect ‘Kevin Can F**k Himself’ season 2 to release sometime in Q3 2022 or later.

Kevin Can F**k Himself Season 2 Cast: Who can be in it?

The following actors appear in a recurring capacity: Meghan Leathers (Jenn), Jamie Denbo (D), Candice Coke (Detective Tammy Ridgeway), Sean Clements (Kurt), and Robin Lord Taylor (Nick). So, we can expect most of these actors to reprise their roles if a second season is ordered.

Kevin Can F**k Himself Season 2 Plot: What can it be About?

By the end of season 1, Allison and Patty get into an aggressive confrontation with Neil, who overhears their plans of murdering Kevin. Nick, the hitman Allison hired, gets shot but is still alive, albeit comatose. On a different note, Sam leaves Jenn and wants a proper relationship with Allison, but she isn’t so sure they would work out as a couple. Patty and Detective Tammy start dating, but it seems like Patty might be playing with fire, considering the detective has a feeling that something isn’t right.

If the show comes back for round 2, Allison and Patty might have to take care of the situations with Neil and Nick to ensure neither of them rats them out. Allison’s relationship with Sam is made all the more complicated because she works at his diner, which Jenn’s parents have financed. So, if Jenn or her family finds out about Allison and Sam’s affair, it could have disastrous consequences for the business. We will also learn how things shape up for Patty and Tammy.

Read More: Is Kevin Can F**k Himself a True Story?