Kidding S02 E03: How and When to Watch Online 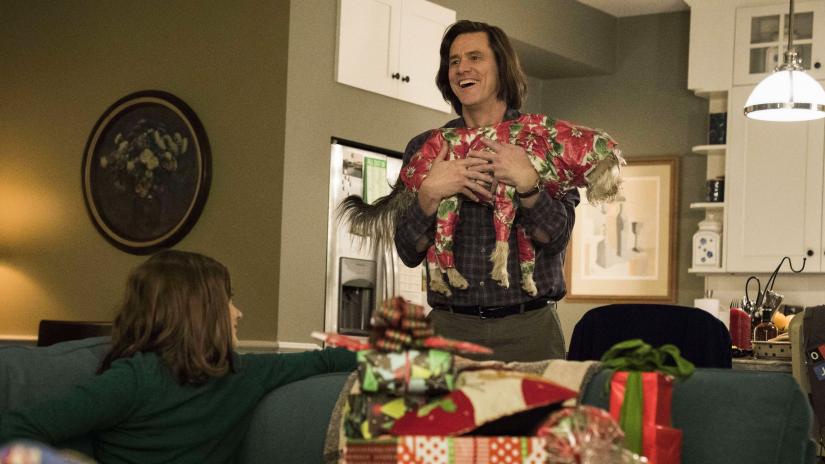 Showtime’s Jim Carrey led ‘Kidding’ might be one of the best yet most underrated series on television. The black comedy is about Jeff Piccirillo, the host of a children’s tv show, who, across the years, has learned how to repress his emotions. As a result, he does not know what to do with negative feelings, sadness, and despair.

Season 2, which landed with two of its episodes on February 9, 2020, picks up right after season 1’s finale when Jeff’s pent-up rage finally explodes. It explores the aftermath of Jeff’s realization that he should learn to express pain. The premiere episodes have managed to set up the stage for this gem of a series, packed with familiar one-liners, gut-wrenching realizations, and laugh-out-loud dialogues.

Now, if you are already done with the double-episode debut of your favorite dramedy, we are here to guide you through the details of the upcoming episode(s). Scroll down to know how, when, and where you can watch Kidding season 2 episode 3.

Kidding Season 2 Episode 3 Release Date: When Will It Premiere?

Kidding season 2 episode 3 is called ‘I’m Listening’. It is slated to premiere on Sunday, February 16, 2020, at 10 PM ET/PT on Showtime. This will be immediately followed by episode 4, titled, ‘Wonder What Grass Tastes Like’, which will release on the same day at 10.30 PM ET/PT.

Season 2 will consist of 10 episodes and will air consecutive double episodes every Sunday at the above time slots. It will wrap up with its finale on March 8, 2020.

The official synopsis for episode 3 goes as follows: “Jeff has an idea for how he can speak directly to the children of the world while Seb hands over the reins of the Pickle empire to Deirdre. After finding a book of magic spells, Will finds himself face to face with the past.”

Showtime has also released the gist of episode 4. It goes like this: “After realizing that he might not have any real friends, Jeff makes a new best friend. Deirdre tries to get Puppet Time back on the air.”

Fans can catch up on the latest episodes of Kidding on tv by tuning into Showtime with the help of a cable subscription — as soon as they are released every Sunday, starting at 10 PM ET. The episodes are also available to stream after their release on the Showtime official website.

Without cable or television, you can live-stream Kidding on your computer, phone or streaming device by signing up for one of these services: Hulu With Live TV, YouTube TV, and Fubo TV. Episodes are also available on-demand on Amazon Prime Video and Hulu.

Season 2 picks up right after season 1’s conclusion when Jeff, in a fit of rage, mows down Jill’s boyfriend, Peter. We also see a flashback of Jeff and Jill’s wedding. Jeff, after a moment, recovers from his shock and informs Jill that Peter has met with an accident. The two carry him to the hospital. On the other hand, DiDi and Scott attempt to break the news of their divorce to their daughter.

When DiDi arrives at the hospital, Jeff tells his sister that he needs to confess everything before Jill. But DiDi says: “You need to lie right now. Under no circumstances should you tell her what you did, or anyone.” Eventually, they learn that Peter is stable and return home.

It’s Christmas and the fam is enjoying some fun, gift-unwrapping moments when Jill’s phone rings. It is revealed that Peter needs an urgent liver transplant. Jeff then finally confesses about what he actually did and when there is no other match, he volunteers to donate a part of his liver to Peter.