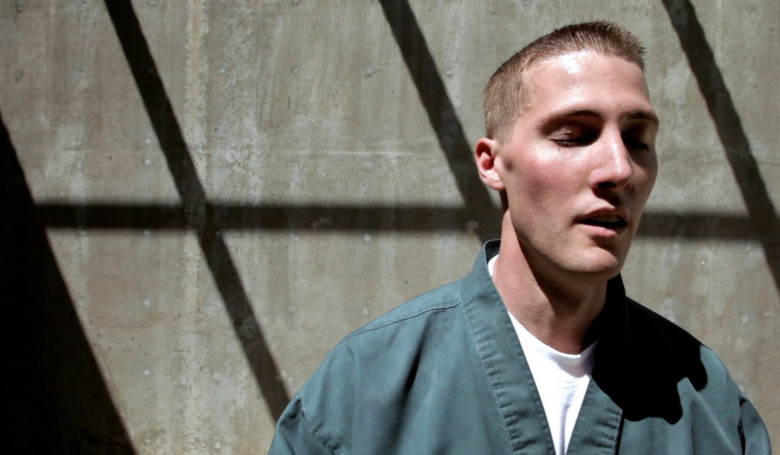 A&E has been dominating the world of reality TV programming with its increased focus on some of the bravest non-fiction shows. Thought-provoking and highly engaging, these shows resonate with viewers and also compel them to engage in meaningful conversations. With the aim to further enrich their catalog, A&E conceived yet another title, ‘Kids Behind Bars: Life or Parole‘, an 8-episode documentary series, that revolves around convicted child offenders in the American judicial system.

Kids Behind Bars: Life or Parole Cast: Who is in it?

‘Kids Behind Bars: Life or Parole’ narrates eight different stories of eight convicted child offenders, who had been  sentenced to life without parole. The individuals featured on the show include:

Aaron Schmidt was given life sentence after he was charged for murdering his 14-year-old neighbor Alana Calahan on January 31, 2011. He was 14 years as that time and now, after eight years and aged 21, Aaron appeals against the ruling.

Aged 15, Curtis Brooks, along with three other teenagers, murdered Christopher Ramos as they were attempting to steal his car. This happened on April 10, 1995 in Aurora, Colorado. Currently, after 23 years of being imprisoned without parole, he is given a re-sentencing.

15-year-old Bobby Gonzales shot a his girlfriend Krissi Caldwell’s parents, while they were asleep. The incident, which killed her mother, took place in their home in Frisco, Texas on March 7, 1992. Bobby now hopes to appeal against his life sentence.

15-year-old Brandon Moore and a group of teens abducted and raped 21-year-old Melissa in Youngstown, Ohio, on August 21, 2001. For his crime, he was tried as an adult and sentenced to life imprisonment without parole. After 17 years, the Ohio Supreme Court has granted him a re-sentencing.

Aged 16, Otis Daniels, on March 31, 1998, broke into the home of Valerie McGouirk’s in an attempt to rob her. But he ended up shooting Valerie and her 16-year-old daughter, Valene. This happened in Albany, Georgia, and now Otis has been offered a re-sentencing.

17-year-old Ronald Bell, along two teenagers, was involved in the brutal murder of Cordell Richards in the woods of Fort Walton Beach in Florida. The incident took place on February 2, 1999, after which Ronald was given life without parole. Currently, the 36-yer-old man waits for his re-sentencing.

17-year-old Timothy Preston Chavers, alongside three other teens, murdered Christopher Pitcock in Fort Walton Beach, Florida on March 4, 2010. Now, he has been granted a re-sentencing.

At the age of 15, James Wiley murdered his stepmother and three younger brothers on November 24, 1990. Now, after 27 years, his team is appealing for a re-sentencing hearing.

Kids Behind Bars: Life or Parole Plot: What is it about?

‘Kids Behind Bars: Life or Parole’ is based on the U.S. Supreme Court’s ruling of 2012, according to which: “Mandatory life terms without parole for juveniles violated the 8th Amendment, thus, giving these child offenders the ability to seek re-sentencing.” Previously, all child offenders, who were 17 years or younger and had committed heinous crimes at that age, had to serve complete life-without-parole sentences. Now, after this ruling, these previously convicted juveniles would be able to plead for a re-sentencing.

A&E’s non-fiction series focuses on the facts that are connected to these brutal crimes when they had actually happened. Each episode also explores new pieces of evidence, real-time updates about possible releases, parole hearings, and re-sentencing procedures. Not only this, in order to infuse awareness, the show also presents the views of prominent psychologists and experts, regional media agencies, and law enforcement individuals, who try to answer the complex questions related to the psyche involved behind such horrific acts, the repercussions after these actions, and the devastating affects on both the involved parties. It may happen that some offenders are re-sentenced to life while others go back to the community or simply receive parole. In the latter two cases, the series chronicles the emotional impact on the victims’ family who have to face the fact that these offenders might be released back to their neighborhoods.

This gritty, honest show is definitely another great addition in the catalog full of amazon non-fiction shows at A&E. According to Elaine Frontain Bryant, Executive Vice President & Head of Programming for A&E, “Timely, groundbreaking non-fiction programming is where A&E shines and while this series is chilling, it’s a riveting and honest look into our criminal justice system and the impact these landmark court cases are having on those within our communities right now,”

Kids Behind Bars: Life or Parole Season 2 Release Date: When will it premiere?

‘Kids Behind Bars: Life or Parole’ Season 1 premiered on A&E on April 30, 2019. We have seen the success of the network’s previous original programs such as ‘Live PD‘, ‘Leah Remini: Scientology and the Aftermath’, ‘60 Days In‘, and ‘Intervention‘ — just to name a few. Therefore, we would not be surprised if this show, with such a powerful message, is renewed for another season.

The second installment shall, most probably, feature a different set of prisoners. If renewed, ‘Kids Behind Bars: Life or Parole’ Season 2 should premiere sometime in May 2020. However, we have not received any official news about a second season. But we will be updating this section as soon as we do. So keep on visiting this section regularly!

Below is the official trailer for season 1 of this docu-series.