Is Kill Me Heal Me Renewed for Season 2? 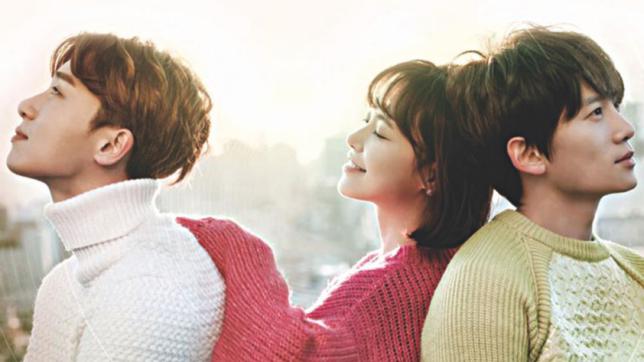 Ji Sung (‘Innocent Defendant’, ‘Familiar Wife’, ‘Secret Love’, ‘My PS Partner’, ‘Doctor John’) stars as Cha Do-Hyun, a rich businessman with a kind heart, who helps others whenever he can. However, this is his primary personality as he suffers from dissociative identity disorder (DID). He discovers this affliction 11 years back and tries his best to hide it from his friends and family. Cha Joon-young is his actual name and he has six other identities.

Shin Se-gi is a violent young man, a personality that surfaces when Cha Do-Hyun faces any cruel, brutal situation. Although he is aggressive, to date, he has never hurt any woman or child. Se-gi is Do-Hyun’s only identity that remembers everything. His first love is Oh Ri-jin. Perry Park reveals himself in the form of a 40-year-old man with a knack for fishing and building bombs. This counterpart appears when Cha Do-Hyun recalls some of his good moments with his dad. Do-Hyun had promised his father that he would gift him a boat, named Perry Park Boat – and hence the name. He speaks with a Jeolla dialect. Ahn Yo-seob is a smart 17-year-old boy with suicidal tendencies. He is a talented artist. This personality first surfaced when Cha Do-hyun had attempted suicide in high school.

Ahn Yo-na is a bubbly, social, and mischievous idol-loving 17-year-old girl. She appears when Cha Do-hyun goes through emotional or mental stress — when he needs to handle it by himself in secret. She harbors a crush on Oh Ri-on and is Yo-seob’s twin sister. Na-na is a 7-year-old girl who has a teddy, Nana. She defines Do-Hyun’s childhood fears and insecurities. She is also an embodiment of Ri-jin’s younger self. Mr. X is a weird man, later revealed as Na-na’s father.

Hwang Jung-eum stars as Oh Ri-jin, Oh Ri-on’s twin sister. She is a psychiatry resident in her first year and maintains an outwardly perfect image. She may look pretty, sophisticated and kind but she is clumsy and has a quick temper. Ri-jin later becomes Do-Hyun’s secret psychiatrist, and gradually starts falling for him. As the episodes progress, we learn that her real name is Cha Do-hyun.

Park Seo-Joon (‘What’s Wrong With Secretary Kim‘) is Oh Ri-on aka Omega or Oh Hwi, Oh Ri-jin’s elder twin brother. He seems like a simple guy but he writes mystery novels under the pseudonym Omega. He starts investigating the Seungjin Family. He has another name, Oh Hwi, which he employs to flirt with women.

Oh Min-suk is Cha Ki-Joon, ID Entertainment’s president and Do-Hyun’s trusted companion and cousin. Both of them want to be the heir of the family’s company. Kim Yoo-Ri is Han Chae-Yeon, Do-Hyun’s first love, and Ki-Joon’s fiancée. She is a cold, haughty woman.

Kill Me, Heal Me Plot: What is it about?

A privileged billionaire, Cha Do Hyun, after suffering from childhood trauma, experiences gaps in his memory, which gradually culminates by dividing his personality into six different identities. He wishes to cure himself and wants to regain control over his life. So, he requests Oh Ri Jin to help him out. However, complications arise when she falls in love with one of his identities. On the other hand, Ri Jin’s twin brother, Oh Ri On, a popular mystery novelist delves deep into the secrets of Do Hyeon and his family.

‘Kill Me, Heal Me’ explores how humans explore different routes to face challenging situations. It follows Cha Do Hyun as he attempts to cope up with his past and address his pain by adopting multiple personalities. But when Oh Ri On starts following him around, it is all up to Do Hyun if he can finally take control over his condition before one of his seven personalities overcome him.

Kill Me, Heal Me Season 2 Release Date: When will it premiere?

Now, as far as a second season goes, we don’t have an update on whether the creators are considering a renewal. Although the k-drama was successful and released in several Asian countries, there’s no news about another season even after almost five years. If there’s any official news on ‘Kill Me, Heal Me’ season 2 release date, we will update this section.

Kill Me, Heal Me Trailer:

You can check out the official trailer of ‘Kill Me, Heal Me’ season 1 right here.