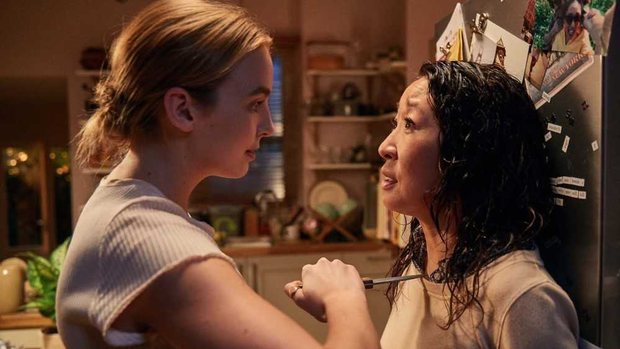 ‘Killing Eve’ is an American drama television series that airs on BBC America, which is co-owned by BBC Studios and AMC Networks. Produced in the UK by Sid Gentle Films and developed by Phoebe Waller-Bridge, the show is based on British author Luke Jennings’ novella series Codename Villanelle, which were originally published as separate Kindle novellas between 2014 and 2016 and later compiled into a series in 2018. Like the novella series, the show follows an MI6 operative who is tasked with finding a brilliant assassin.

BBC America first commissioned ‘Killing Eve’ in November 2016, and a bit less than two years later, Season 1 of the show, consisting of eight episodes, premiered on April 8, 2018. The show immediately made an impact on television critics and viewers alike, who praised it for its premise and the performances by its main cast members. Unsurprisingly, BBC America was quick to renew the show, and Season 2, also consisting of eight episodes, premiered on April 7, 2019. While fans of the show were wondering what would come next, BBC America did not keep them waiting, and renewed the show for a third season a day after the second season premiere. Here’s everything you need to know about the next season.

Killing Eve Cast: Who’s in it?

‘Killing Eve’ primarily revolves around the relationship between the MI6 agent and the assassin, and consequently, it has two main protagonists. Sandra Oh plays the part of Eve Polastri, the MI6 agent, while Jodie Comer plays the role of the assassin, Villanelle / Oksana Astankova.

As far as the cast of Season 3 is concerned, we have no news about any additions as of now, but we expect most of the aforementioned cast members to make a comeback and reprise their roles. However, if and when BBC America announces additions to the cast for Season 3, we will update this section to reflect the same.

Killing Eve Plot: What is it about?

The show starts off by introducing Eve as a bored and senior spy at MI6. When Eve is called to weigh in on a recent assassination, she speculates that the assassin is a woman, and from thereon out begins her obsession with her nemesis. As the plot develops, Eve is eventually given the task of tracking the assassin, who Eve discovers is indeed a woman going by the codename Villanelle. As Eve begins to track Villanelle across Europe, she becomes increasingly obsessed with the young assassin, who she sees as a broken woman like herself.

Villanelle, for her part, is romantically interested in women, and she too, starts to become obsessed about Eve after learning that the MI6 spy is tracking her. Like Eve finds similarities between herself and Villanelle, the assassin, too starts to find commonalities between herself and her nemesis, In fact, Villanelle’s obsession with Eve grows to such a point that she starts buying expensive dresses for the spy, and even tries to have dinner with her by invading her apartment. Since ‘Killing Eve’ is a show best watched without spoilers, we’ll leave you to find out what transpires after that effort.

The first season of the show ends in an explosive, unexpected, and rather emotional finale, and the second season picks up 30 seconds after the events of the finale. While plot details are not available as of now, the summary of the second season, as described on BBC America’s website, reads, “Season 2 begins 30 seconds after the final episode of the first season; Eve is reeling and Villanelle has disappeared. Eve has no idea if the woman she stabbed is alive or dead, and now both of them are in deep trouble. Eve has to find Villanelle before someone else does, but unfortunately, she’s not the only person looking for her.” With a third season now on the cards, we can expect it to follow-up on whatever transpires in the second season.

In terms of reception, ‘Killing Eve’ enjoys outstanding critical acclaim. Season 1 of the show made an immediate impact on television critics, who gave it a stellar score of 96% on Rotten Tomatoes, and the critics consensus for Season 1 reads, “Seductive and surprising, Killing Eves’ twist on the spy vs. spy conceit rewards viewers with an audaciously entertaining show that finally makes good use of Sandra Oh’s talents.” Season 2 raises the bar even higher and has a perfect score of 100% on Rotten Tomatoes, with the critics consensus reading, “With the titillating cat-and-mouse game still rooted at its core, Killing Eve returns for an enthralling second season of considerably higher stakes, hilariously dark humor and a captivating dynamic between characters, solidifying its position as one of the best spy thrillers out.” Among viewers, ‘Killing Eve’ is almost as popular as it is among critics, and the show enjoys an overall rating of 8.3/10 on IMDb, based on over 33,000 votes.

Killing Eve Season 3 Release Date: When will it premiere?

‘Killing Eve’ season 2 premiered on April 7, 2019, and within 24 hours after that, BBC America renewed the show for its third season.

Making the announcement at the AMC Networks summit in New York, Sarah Barnett, president of entertainment networks for AMC, said, “We love having this show and the brilliant Sandra Oh, Jodie Comer and Fiona Shaw on our networks. Phoebe Waller-Bridge and Emerald Fennell have delivered two addictively entertaining seasons. As we did last year, we’re renewing Killing Eve right out of the gate, now with Suzanne Heathcote as lead writer, as a sign of confidence – we adore this show as much as our fans do. ‘Killing Eve’ doesn’t do anything in a templated way; we love giving opportunity to three genius women to make their mark.”

However, as it stands, BBC America has not announced a release date for Season 3. Yet, considering the fact that both Season 1 and Season 2 of ‘Killing Eve’ were released in April in their respective years, we expect ‘Killing Eve’ Season 3 release date to fall sometime in April 2020.

While we wait for BBC to announce the exact release date of ‘Killing Eve’ season 3, here is the trailer for Season 2 to give you a glimpse into the show, the story so far, and what awaits you in Season 2.