Killing It Season 2: Renewed or Cancelled? 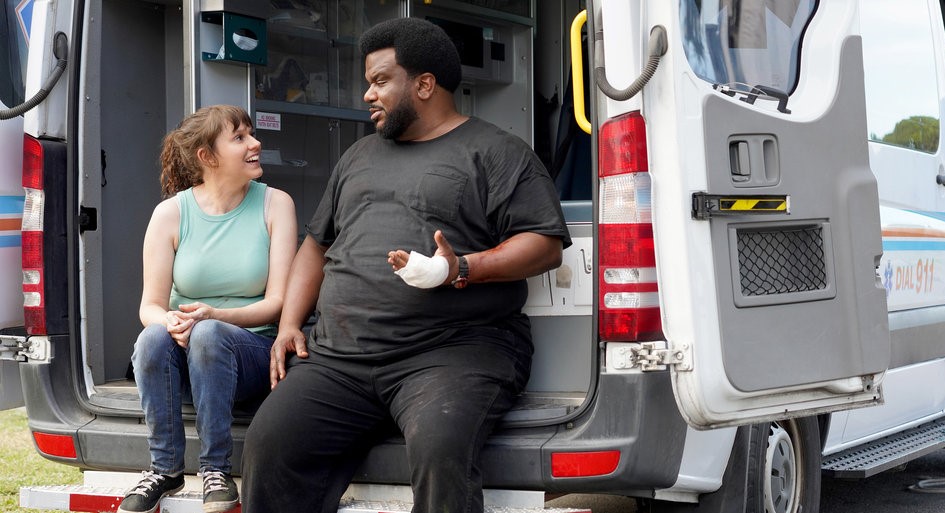 ‘Killing It’ is a comedy series that revolves around Craig Foster, a security guard at a bank in Miami. He has grand plans to achieve the American dream by becoming a successful entrepreneur so that he can support his pre-teen daughter, Vanessa, along with his ex-wife, Camille. Things take a wild turn when Craig meets Jillian, who introduces him to the world of state-sponsored python hunting.

Created by the duo of Luke Del Tredici and Dan Goor, the sitcom first premiered in March 2022 on Peacock. The inaugural season received much appreciation and love from fans as well as critics. Thus, the Craig Robinson (‘The Office‘)-starrer gained vast popularity. If you enjoyed watching the sitcom and have questions about the potential season 2 of the series, you might be interested in what we have to share!

‘Killing It’ season 1 landed in its entirety on April 14, 2022, on Peacock, although the pilot episode arrived earlier on March 31, 2022. The debut season comprises ten episodes that have a runtime of 28-32 minutes each.

As for the show’s sophomore round, here is all that we know. Neither the streamer nor the show creators have stepped forward to make an official announcement as of yet. This means that the future of ‘Killing It’ is currently up in the air. However, given the positive feedback that the series has garnered in its inaugural run, the streaming platform would be more inclined toward recommissioning the sitcom rather than canceling it.

If we couple that with the fact that the narrative is quite positively-weird and out-of-the-box as compared to other sitcoms on Peacock, fans have a reason to stay optimistic about its renewal. So, if the show gets greenlit by the end of Summer 2022, and the production team gets to work soon after that, we can expect ‘Killing It’ season 2 to release sometime in Q2 2023.

Killing It Season 2 Cast: Who can be in it?

If the show gets recommissioned for the second round, most of the main cast members are expected to reprise their roles. This includes Craig Robinson (Craig), Claudia O’Doherty (Jillian), Rell Battle (Isaiah), Stephanie Nogueras (Camille), Scott MacArthur (Brock), Tim Bagley (Mr. Franks), and Jet Miller (Vanessa).

Other cast members who are likely to return for the potential season 2 are Cullen Moss (Donald Assarian), Wyatt Walter (Corby), Deadra Moore (Andrea), Martin Bats Bradford (Dame), and Fernando Martinez (James). Furthermore, in order to thicken the plot and keep it interesting, the makers of ‘Killing It’ might introduce a few new characters if the show returns with a second installment. This means that we might get to see some new faces in the cast lineup.

Killing It Season 2 Plot: What can it be About?

Season 1 starts with Craig chasing the American dream as he applies for a loan to start a new business, which gets rejected. His life gets turned upside down when he meets an Australian Uber driver named Jillian, who introduces him to the South Florida Python Challenge. As the competition moves forward, Craig and Jillian team up with Brock to stop a rival from winning the competition. But that is just the beginning of the numerous bizarre and twisted experiences that come Craig’s way. In the season finale, the South Florida Python Challenge is on the brink of conclusion as a hurricane looms on the horizon. Also, Craig contemplates all the decisions he has made.

The potential season 2 is expected to pick up right after the events of the inaugural season. We may get to find out if Craig is anywhere close to living the American dream, and what the future holds for him. Moreover, we might get a detailed look into the lives of Jillian and Isaiah as well as the extraordinary experiences of the group.

Read More: Is Killing It Based on a True Story? Is it Based on Craig Robinson’s Real Life?