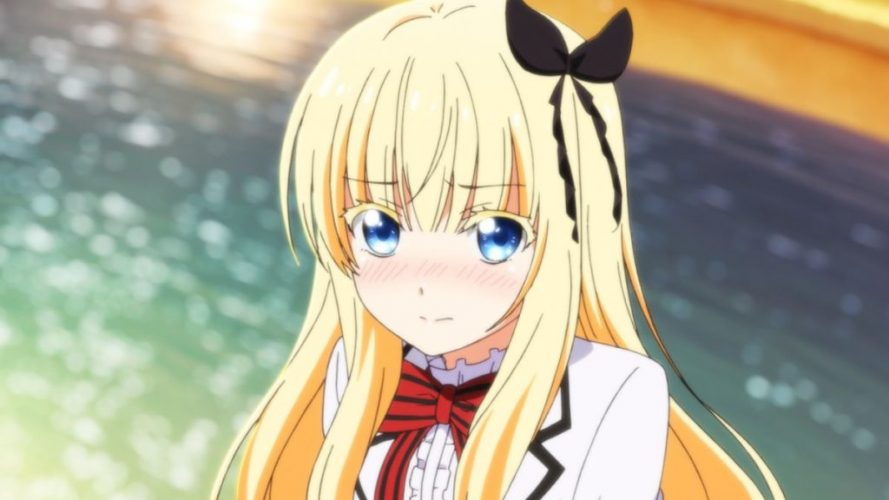 Boarding School Juliet (also known as Kishuku Gakkō no Jurietto in Japanese) is a romantic comedy anime television series which is based on a manga series of the same name. Written and illustrated by Yōsuke Kaneda, the manga series began serialization in the Bessatsu Shōnen Magazine on July 9, 2015, before it moved to the Weekly Shōnen Magazine in 2017. The success of the manga series, which has seen fourteen tankōbon volumes published so far, prompted publisher Kodansha to publish a light novel based on it in 2017.

A year later, famed Japanese animation studio Liden Films announced plans to adapt it into an anime television series and subsequently, Season 1 of Boarding School Juliet premiered on October 6, 2018. The anime adaptation was hailed far and wide for being faithful to the manga series and since the end of Season 1, fans have been eagerly waiting to hear news on a second season. Here’s everything we know about the prospects of Season 2 thus far.

Boarding School Juliet Season 2 Release Date: When will it premiere?

Boarding School Juliet season 1, consisting of 12 episodes, premiered on October 6, 2018 and ran till December 22 of the same year. Season 1 was indeed popular, and topped popularity charts for anime shows released in Fall 2018, along with other anime shows like Zombie Land Saga, Rascal Does Not Dream Of Bunny Girl Senpai, and Goblin Slayer. However, in spite of the show’s popularity, a second season has not been announced yet.

For those who like watching anime shows in English, the bad news is that Boarding School Juliet has not received an English dub yet, in spite of its popularity among Western audiences. However, this does not rule out the possibility of an English dub being made in future, especially if the show continues to perform well in the West. For now, if you want to watch the show, you have to watch the original Japanese version. You can find the same with English subtitles on Amazon Prime Video.

As is evident from its name, Boarding School Juliet is a love story set in the backdrop of difficult times.

The show is set at a prestigious boarding school called Dahlia Academy, which is attended by students of two feuding nations – the “Black Doggies” of the Eastern Nation of Touwa and “White Cats” of the Principality of West. In this backdrop, the show follows the blossoming but impossible love between two students – Romio Inuzuka and Juliet Persia. Whereas Romio is the leader of the dorm of the first-year Touwa students, Juliet heads the dorm of the first year Principality students.

On one hand, Romio and Juliet have to pretend that they are arch-enemies. On the other hand, they are shown to be hopelessly in love with each other. However, their love turns out to be a near impossible endeavour as they risk losing their respective comrades’ allegiances if they reveal their feelings for each other in public. Thus, the show is one about forbidden love and its consequences.

As is evident, there are only two main characters in Boarding School Juliet. Below, we’ve provided you with brief backgrounds on each of them.

Romio Inuzuka: The male protagonist of the show, Romio is the physically strong and hopelessly romantic leader of the first year Touwa students in the dormitory of the Dahlia Academy. In spite of hailing from the Eastern Nation of Touwa, he has been in love with the Principality’s Juliet Persia since childhood, and has secretly protected her during feuds between the students of the two nations. Yet, regardless of his love for Juliet, Romio is rather awkward and is terrible at making his feelings known to her. He is also shown to be poor academically, and struggles with his studies in school.

Juliet Persia: The female protagonist of the show, Juliet is the leader of the first year Principality students in the dormitory of the Dahlia Academy. She is the only descendant of the noble Persia family of the Principality, which stands to lose its noble status as it does not have a male heir. Owing to this discriminatory practice, Juliet grows up vowing to have the strength and intelligence of a man. While she is initially dismissive of Romio and regards him as her arch-enemy, her feelings for him continue to grow over the course of the show. Eventually, she falls in love with Romio and unlike him, has no trouble making her feelings known to him. When they start going out with each other, Juliet poses as a middle school Touwa boy named Julio so that others in the school have no idea about their forbidden romance.