Kiss Him, Not Me Season 2: Premiere Date, Plot, Characters 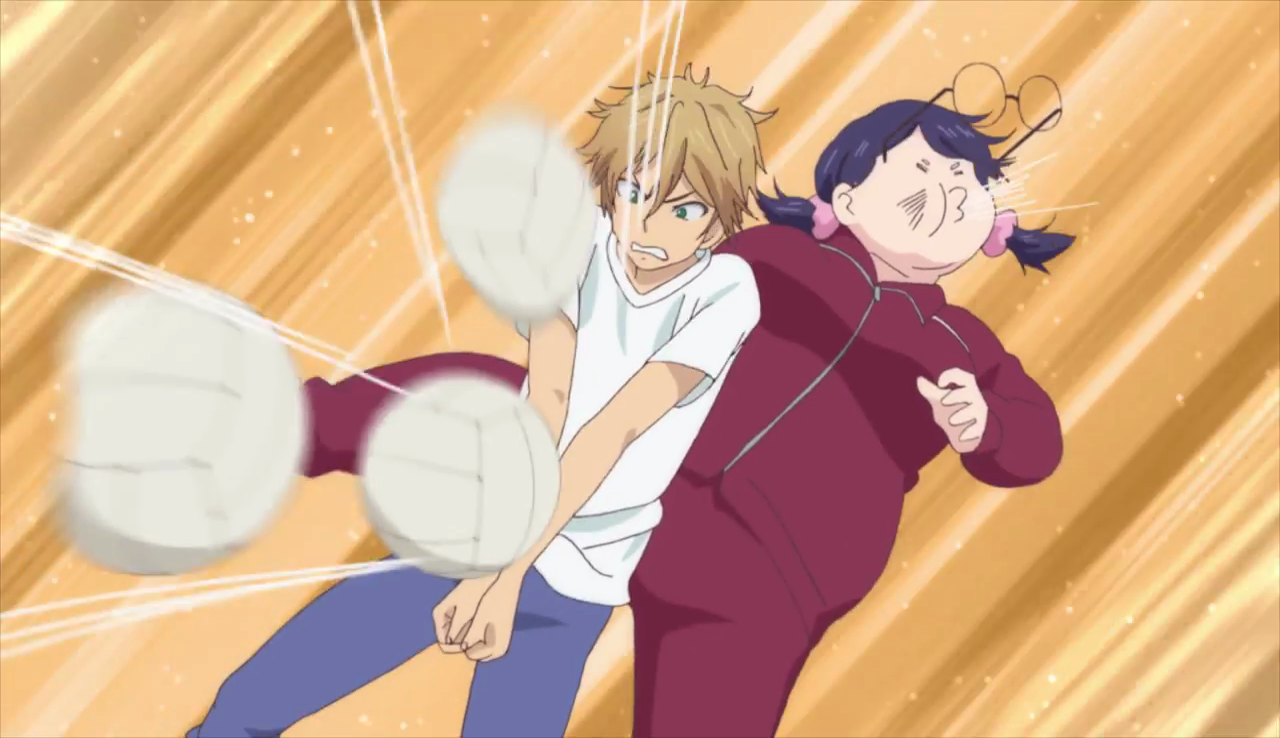 Some shoujo anime shows are just so silly yet innocent, they can take you back to your own childhood. Watching ‘Kiss Him, Not Me’ is like walking into a candy store; it takes you on a sweet ride and is appealing in ways you cannot explain. Animated by Brain’s Base Studio, which is known for creating other similar anime like ‘Baccano‘ and ‘Durarara‘, ‘Kiss Him, Not Me’ is, for the most part, a generic comedy anime that solely relies on the relationships of its characters.

The anime also remains extremely loyal to its manga so it never really loses track of its pacing and perfectly encapsulates the personalities of each of its characters. From what it looks like on paper, most people would not even bother watching its first episode after going through its synopsis. But for anyone who has the slightest interest in fun-filled light-hearted reverse harems, I would highly recommend this one.

Kiss Him, Not Me Season 2 Release Date: When will it premiere?

‘Kiss Him, Not Me’ season 1 premiered on October 7, 2016 and with a total of 12 episodes, it went on till December 23, 2016. Soon after its release, ‘Kiss Him, Not Me’ became quite popular and even its rating on most anime platforms is average. So far, season 1 has covered 8 out of the total 15 volumes of the manga. Since quite a lot of content from the source material has still not been covered by the anime, the creators have a lot to work with for a season 2.

As of now, no official announcements have been made regarding the anime’s renewal but we do believe that it will return in the near future. We can certainly expect some confirmed news about ‘Kiss Him, Not Me’ Season 2 by Summer 2020. Till then, you can check out the shows on our list of other similar high school romance anime shows.

Kiss Him, Not Me English Dub:

The English Dub of ‘Kiss Him Not Me’ is available on Funimation.

Kiss Him, Not Me Plot:

Kae Serinuma, the protagonist, is a noticeably overweight girl who barely gets any attention from her peers. She is a full-blown Otaku who constantly obsesses over BL (Boy Love). While she’s in school, she just sits around and fantasizes about the romantic relationships between the boys of her class. With this strange fetish, she often loses herself in her own imagination and rarely interacts with those around.

While watching one of her favorite TV shows one day, she witnesses the death of her favorite character. This really depresses her and she locks herself in her room for a week. She abandons everything and everyone during this period and even stops eating food. After a week, she finally recovers from her state of gloom and to her surprise, she walks out of her room as a thin young girl. After magically shedding a huge chunk of her weight, she starts to get a lot of attention at school. But to her dismay, instead of attracting the attention of the boys of her class, she would rather sit back and watch them fall in love with one another. With four boys madly in love with her, she must not only learn to deal with all this newfound attention but she must also get a hold on her wild imagination.

Kiss Him, Not Me Characters:

Kae Serinuma is the main female protagonist of the show who keeps to herself and is often lost in her own imagination. Even during her lectures at school, she starts fantasizing about “Boy Love” relationships between her male classmates. That’s one big reason why unlike most of her other classmates, she remains unbothered by the fact that she does not get any attention. After the death of her favorite anime character, she mourns for an entire week and in this process, she ends up losing a lot of weight. To her surprise, she suddenly starts getting attention from all the boys in her class but her life was seemingly much better when she could just sit around and daydream about her BL fantasies.

Yusuke is a member of the soccer club of his school and is one of the four boys who fall in love with Kae. When Kae was chubby, he would still be very kind to her and never treated her badly. But after she loses weight, he really starts to like her. After spending quite a lot of time with her, he realizes that she is an amazing girl and starts to absolutely adore her for who she is.

Asuma Mutsumi is again one of those four other boys who are trying to win Kae’s heart. Mutsumi has long brown hair and small dull eyes. He has soft expressions and every once in a while, he sports a very genuine smile. Asuma’s body language very well expresses how calm and composed he is all the time. He is also street smart and is easily able to wrap his around mysteries. More often than not, just because he is not loud and expressive, his opinion fails to get acknowledged. He is also more or less of a peacemaker who always tries to end conflicts between others. While some judge him for how he is and call him reserved, the ones who know him really believe that he is open-minded and generous.

Hayato Shinomiya is a first-year student and is much shorter than all the other boys who like Kae. Because of his soft features, he is also mistaken as a girl a lot of times. Initially, he seems to be a smart guy who is only determined to work towards his future. But after he starts liking Kae, he becomes rude towards those who show interest in her. He is what one would call a typical tsundere. His mood shifts between two extreme ends of the spectrum where he might seem really nice at times but then there are other moments when he just hates everyone around him.