Will There be a Kissing Game Season 2? 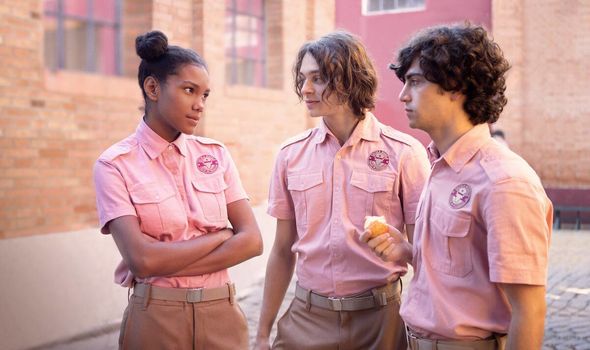 Netflix is back … with its favorite mashup of a teenage drama set against the backdrop of a small village! Titled, ‘Kissing Game’, the Brazilian thriller seems like a re-telling of the eerie scenes prevailing in the world right now. Yes, we are speaking of the contagious coronavirus pandemic — and ‘Kissing Game’ is also about people getting infected by a deadly virus. But here, the infection spreads through kissing!

Directed by Esmir Filho and Juliana Rojas, season 1 of this addictive series, which dropped in July 2020, had only six episodes. After binge-ing on the whole first season in one sitting, fans are left wondering about the show’s near future. Well, here is everything we know about ‘Kissing Game’ season 2.

‘Kissing Game’ season 1 premiered on July 17, 2020, on Netflix. The first season ends by revealing the source of the virus and the parents pledging to get together and save their kids from the highly contagious infection. However, one of the lead characters is on the verge of death and his future is left hanging. If you have watched the show, you would know that the creators had planned the story’s end in such a manner that it can either continue or simply end with one season.

Even if it’s the second option, fans are left satisfied — the big questions are answered. But if the series garners an overwhelming response, it has the potential to spawn a couple of more installments. If it’s the latter case, Netflix should announce a new outing in the upcoming weeks. Once renewed, it’s highly plausible that ‘Kissing Game’ season 2 will release sometime in Summer 2021.

Kissing Game Season 2 Cast: Who Can be in it?

The lead cast of ‘Kissing Game’ consists of a bunch of young talents from Brazil. The primary narrative is told via three main characters, played by Caio Horowicz as Chico, Michel Joelsas as Alex, and Iza Moreira as Fran. Horowicz is best known for his roles in ‘Music for Bleeding Hearts’, ‘Hebe: The Brazilian Star’, ‘Califórnia’, ‘Florianópolis Dream’, ‘Love Snaps’, and ‘The Tower’.

Joelsas is recognized for his appearances in ‘The Year My Parents Went on Vacation’, ‘Ópera do Mallandro’, ‘The Second Mother’, ‘Rotas do Ódio’, and ‘Ardentia’. Moreira is a part of Ford Models Brazil. With Chico’s future left hanging in the season 1 finale, we are unsure if we will see more of Caio Horowicz in the upcoming edition. However, Michel Joelsas and Iza Moreira will definitely make a comeback.