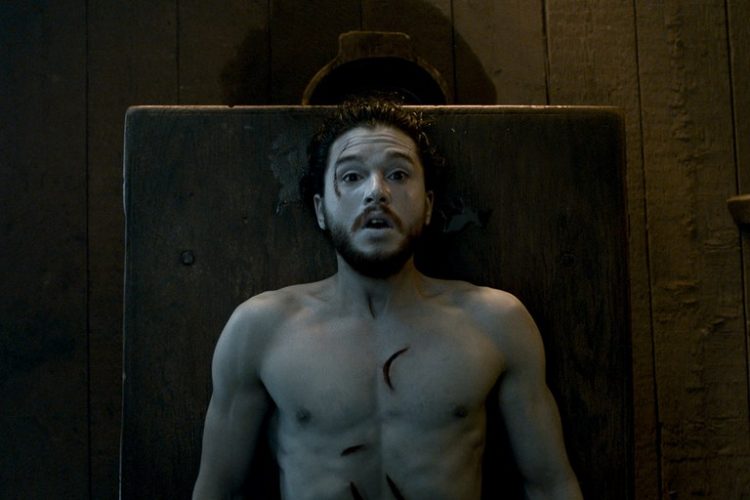 The night before Kit Harington’s ‘Game of Thrones’ audition, he was with a girlfriend at a McDonald’s. The place was crowded and as the couple managed to find a seat, a man began throwing rude and vulgar comments at his girlfriend. Harington stood up and challenged the abuser, who was very tall and athletic built. Obviously, Harington turned up for the audition the next day with a black eye and a damaged face! ”I think that man who punched me in the face may have helped me get the job”, the London born actor said in an interview. He even thanked the rogue who hit him on that decisive night. Because, he was among the cast of ‘GoT’, as Jon Snow, on the next day! He looked tailor-made for Jon Snow, the illegitimate son of Lord Eddard Stark, with his black eye and a slightly swollen face, for the selectors. ”I had a black eye as I’d been in a scrap. But I think it might have helped. You know, ‘Who’s the kid with the black eye?”, he revealed in an interview with Daily Mail.

At the age of 14, he watched a theatrical production of ‘Waiting for Godot.’ The experience planted the seed of an aspiring actor and he decided to pursue acting as a profession. After finishing his acting course at the Central School of Speech and Drama under the University of London, Harington joined the London production of ‘War Horse.’ He bagged two ‘Olivier Awards’ for his stunning performance on stage. In 2011, he made his screen debut with HBO’s fantasy drama series ‘Game of Thrones’ as Jon Snow. His performance as Snow made Harington an instant celebrity with a global fan base. His character Snow is the illegitimate son of the show’s central figure, ‘Ned Stark.’ Snow goes through a complex character arc which consists of several emotional changes and developments. Harington’s Snow appears as a naive but brave young boy in the beginning. But he eventually transforms into a rude warrior commanding a battalion of soldiers.

Within two seasons of ‘GoT’, Jon Snow stole the hearts of the fans with Harington’s consistency and intensity in performance. The character became a fan favorite and Harington’s stature catapulted as an international star. The character of Snow has also earned Harington a number of accolades and promising offers from both movies and TV. In 2012, Harington made his feature film debut with the supernatural horror flick ‘Silent Hill: Revelation 3D.’ He played the lead role of Vincent in the movie which sank without a trace in the box office. After the disastrous debut, Harington took a break and dedicated himself to Jon Snow. He returned to the big screen in 2014 with four major feature films. Even though the historical drama, ‘Pompeii’ was a flop, the animated hit ‘How to Train Your Dragon 2’ saved Harington from the hell of box office setbacks. He voiced the character ‘Eret’ in the movie which was a critical and commercial success.

Harington played the lead role in the war drama ‘Testament of Youth,’ which was received well by critics. But the movie failed to make an impression at the box office. On the other hand, his fourth film in 2014, ‘Seventh Son,’ was panned by critics but went on to become a commercial hit. His other major works include the HBO sports drama ‘7 Days in Hell,’ the British spy drama ‘Spooks: The Greater Good,’ the Western thriller ‘Brimstone,’ and a number plays like ‘The Vote,’ ‘Posh’ and ‘True West.’ Harington also executive produced the BBC drama series ‘Gunpowder.’ At this point, the question that might be circling your mind is what is the next Kit Harington movie or TV show? Well, the good news is that we have a clear answer to that question. Here’s the list of upcoming Kit Harington films/TV shows scheduled to release in 2019 and 2020. We can only hope that the latest Kit Harington movies would be as good as some of his recent ones. 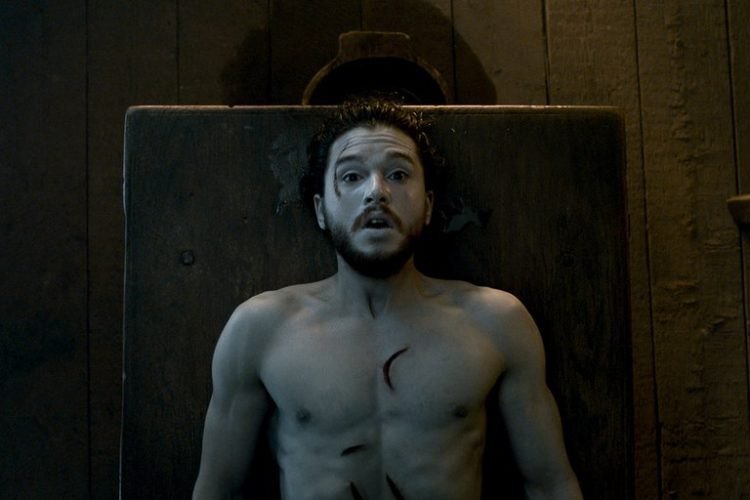 As the final season of HBO’s pathbreaking hit series ‘Game of Thrones‘ approaches, the fans are going to miss their favorite characters and actors. Kit Harington will be Kit Harington again, leaving Jon Snow’s signature long hair for the fans to remember. Fans of Harington’s Snow have been religiously following the growth and changes of his hair. The proof is the amount of time Harington spent answering questions about it. Spending nearly 10 years of his life in the skin of the brooding King in the North is a difficult situation to say goodbye with. In a 2018 interview, Harington quipped he wanted to chop off his signature Jon Snow hair after he finishes filming ‘GoT’. ”I’d like to step away and enjoy the obscurity, cut my hair, make myself less recognizable as the character, and go do some other things with a completely new look and tone”, the actor revealed. And in November 2018, he appeared with shorter hair for the play, ‘True West.’

‘It’s now officially the year that Game of Thrones comes back,’ HBO tweeted early this year. The fans read it as a farewell note. Based on George R. R. Martin’s fantasy series, the hit drama runs for its eighth and final season this spring. On November 13, HBO unveiled the teaser trailer of ‘GoT’ season 8. It doesn’t give out any clues about the grand finale but just confirms that the eighth season will be premiered on April 14, 2019. However, a more recent sneak peek shows Jon Snow, Arya Stark, and Sansa Stark walking through the crypts at Winterfell. The graves of Ned, Catelyn, and Lyanna Stark can be seen in the backdrop. Strangely, they find their own graves at the end of the hall! The fans interpret it as a sign of the end of the Starks with season 8.

In June 2016, HBO officially announced that season 8 would be GoT’s swansong. ”The showrunners have a very specific plan about the number of seasons they want to do”, revealed HBO programming president Casey Bloys. ”If I could get them to do more, I would take 10 more seasons. But we take their lead on what they need to make the best version of their show”, he added. Reports suggest that there will be only six episodes in season 8. Though a number of episodes are cut short, HBO confirmed that all the six episodes for the final season will be of feature length. With one of the most talked about TV phenomenon in history that enjoys a religious fan following coming to an end, the devotees have nothing short to expect but a grand finale and an emotional farewell packed with drama, action, and surprises.