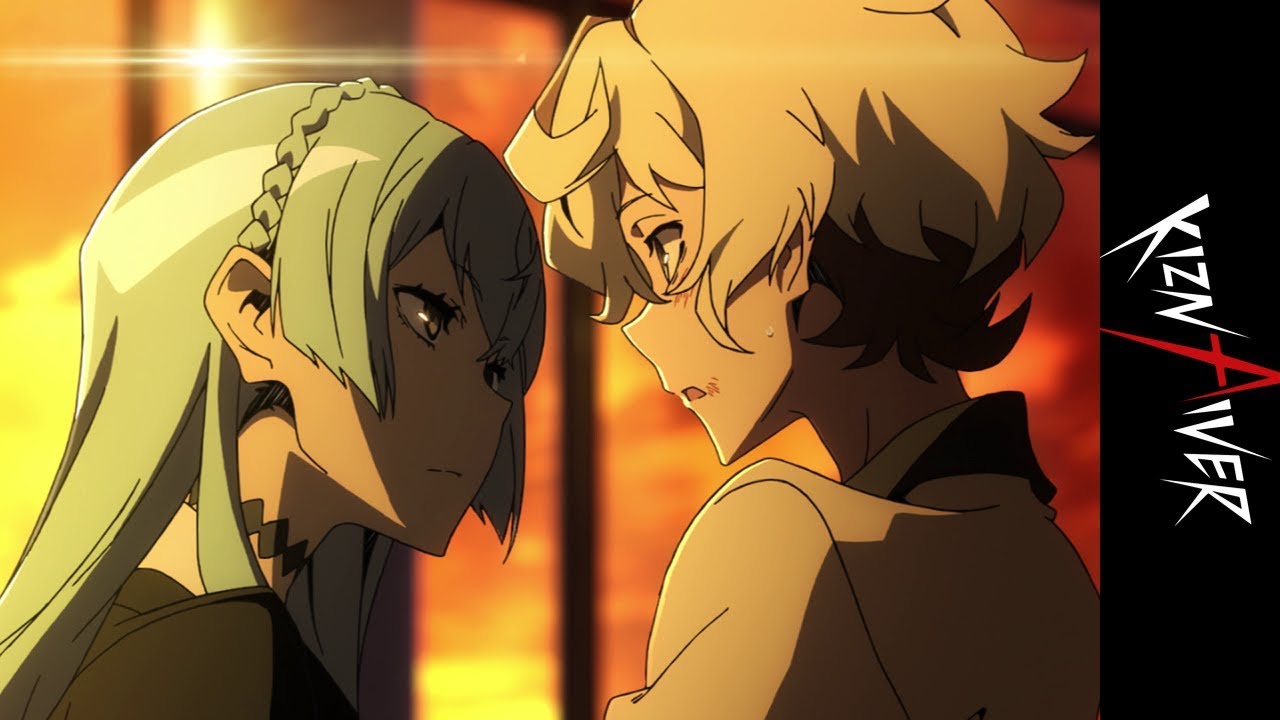 There are two things that can either make or break an anime— the storyline and of course the animation. ‘Kiznaiver’ is one anime that is visually so stunning that you’re almost blinded by it and forget to even focus on other aspects of it. The efforts put in by the Studio can clearly be seen in each and every episode. But sadly, it falls flat with most other elements, especially if we compare it with Trigger’s previous works like ‘Kill la Kill‘ and ‘Little Witch Academia‘. Even the characters of the anime have rich personalities but they are simply way too many of them for a 12-episode show.

At the end of the day, not every anime viewer is looking for a dense plot with highly developed characters and most people are just satisfied with anything that has charm and style to it. ‘Kiznaiver’ delivers both and that’s probably the reason why it manages to be somewhat of an average show overall. If you’re simply looking for a few hours of visual insanity and fun, then go ahead and give this one a shot.

Kiznaiver Season 2 Release date: When will it premiere?

‘Kiznaiver’ season 1 premiered on April 6, 2016 and went on till June 25, 2016. During this span, the anime aired a total of 12 episodes with each one of them being 24 minutes long. Being a recent anime, we can’t just simply dismiss the possibility of its renewal by claiming that it’s too old. Also, ‘Kiznaiver’ has not been adapted from a manga or a light novel which means that its plot is entirely original. So if the creators wish to continue the story of the show, they definitely can without the constraints of the source material. But not everything is in the anime’s favor.

The anime did quite well in the West, but it suffered from a lot of issues in Japan. The viewer count was low and physical sales were way below what the creators had initially expected. Hence, a new season is quite unlikely in the future. Knowing Trigger and their production cycle, they will probably move into a new story arc even if a sequel were to be announced at which point it’ll just be a spinoff.

However, since both Crunchyroll and Aniplex are also involved in the franchise with Kadokawa Shoten also involved in the manga, a second season can never be completely written off. The numbers in the Western parts of the world are quite good and that might just be enough to tilt the favor in going for a second season, but as it stands now, we just have to wait and see. Our best guess is that ‘Kiznaiver’ season 2 release date could be sometime in 2021 or 2022. In the meantime, you should definitely check out ‘Kill la Kill’ which is another anime by Trigger Studio.

‘Kiznaiver’ can presently be streamed online on Crunchyroll.

The plot of ‘Kiznaiver’ takes place in the fictional Sugomori city, a place that radiates innovation and progressive ideas. As a result, it has managed to successfully create and implement new laws that govern their society to the point of attaining perfect societal interactions. In an effort to create these new ideas that reflect on total cognitive input of the entire city, a new project is launched that attempts to share the pain and suffering of individuals with the entire population of the city. They are chosen by the program and people who sign up for it are able to experience and share the pain and suffering of their fellow believers in an attempt to take away some of it.

There are advantages though, as one would also be able to share their own pain and suffering and lessen the amount as it is distributed among others in the program. The system, known as the “Kizna System” is actually a wide-scale experiment with no conclusive proof of the consequences of such progressive behavior and based on the confidence of the masses. This is, therefore, an extremely unstable and vulnerable environment for the people sharing such bonds simply fuelled by the promise of the future.

It is at this point that we are introduced to the main characters of the anime, namely Katsuhira Agata and Noriko Sonozaki. Noriko informs Agata along with a few of their other classmates that they all had been chosen to become ‘kiznaivers’, the ones that are under the “kizna system”. It is important to note here that Noriko herself is an extremely emotionless person who displays the most basic of personalities. It is extremely difficult to read her expressions as she mostly displays a blank face without the slightest hint of terror, sadness, remorse, happiness and guilt. This is one of the few elements that actually help establish the premise of the anime. It’s essentially a pull for the audiences where they all keep waiting to see how the program affects this stoic personality and I found myself quite intrigued by the premise.

If you have watched other anime like ‘Psycho-Pass’, then you will definitely get the drift of this one, even though the environment and the setting are quite different. The portrayal of a large-scale social experiment and then delving into the consequences of the same are what this anime wants to deal with and they waste no time in getting into it.

The main protagonist of the story Agata is another somewhat of a stoic character but calling him emotionless will be a bit too much. He is mostly self-involved paying little attention to his surroundings except for some hilarious interactions with Chidori Takashiro, his childhood friend. This characteristic of his perhaps can be related to his tough childhood and the subsequent middle school stage where he is bullied a lot.

Agata, therefore, attempts to shut off his emotions from the world in order to look confident and unmoving, but deep down he still fears being bullied and is terrified of it. This is highlighted at the terror he felt when Noriko pushed him down the stairs in order to knock him unconscious and leading to him waking up at an unidentified hospital bed. It is here that he learns that he has been chosen along with a select few of their classmates to become a part of the “kizna system”, which is now successfully implanted into his body. She proceeds to explain that all of them are now connected to the system and will be able to share and experience each other’s pain and suffering. It is also here that he learns about the positives of the system, the greatest of them being its ability to transfer pain to others so that the supposedly lethal fall from the top of stairs that should have killed him, didn’t.

Katsuhira Agata: The main protagonist of the story and the unwilling victim to an experiment known as the “Kizna system”, Katsuhira is a self-involved individual who is not concerned with his surroundings. Having been bullied in the past, he has developed a wall around himself in an attempt to protect him from all the assaults barring his emotional connections as well. However, he is jolted back to reality when he is one day pushed down the stairs by Noriko as a part of the said experiment.

Upon waking up at an unknown hospital bed, he finds out that he has been chosen as a ‘kiznaiver’, one of the select few chosen for the experiment. He finds out that they are all connected to a network through cuts in their wrists that allow them to share their pain and suffering with each other, lessening their own in the process. He also finds out that the fall from the stairs would have been lethal had he not been connected to the system which allowed the pain to be shared among others. He proceeds to find out the negatives of the system as well as the group starts interacting with each other, revealing their weaknesses.

Noriko Sonozaki: An extremely emotionless and ruthless personality, Noriko is the one who introduces Agata to the “kizna system”. Playing the role of the female protagonist of the story, her character development is one of the best story arcs in the plot. Personally speaking, it is her stoic personality coupled with the premise of the anime is what kept me glued to the screen, always anticipating about what might come next. She introduces the lot to the systems and its various perks and abilities as well as revealing its weaknesses. She explains that everyone needs to be attuned to each other’s fears and strengths in order to be prepared for what might come their way. She also demonstrates her ability to dominate others around her while they reveal their weaknesses, which might have implicating consequences later in the anime.