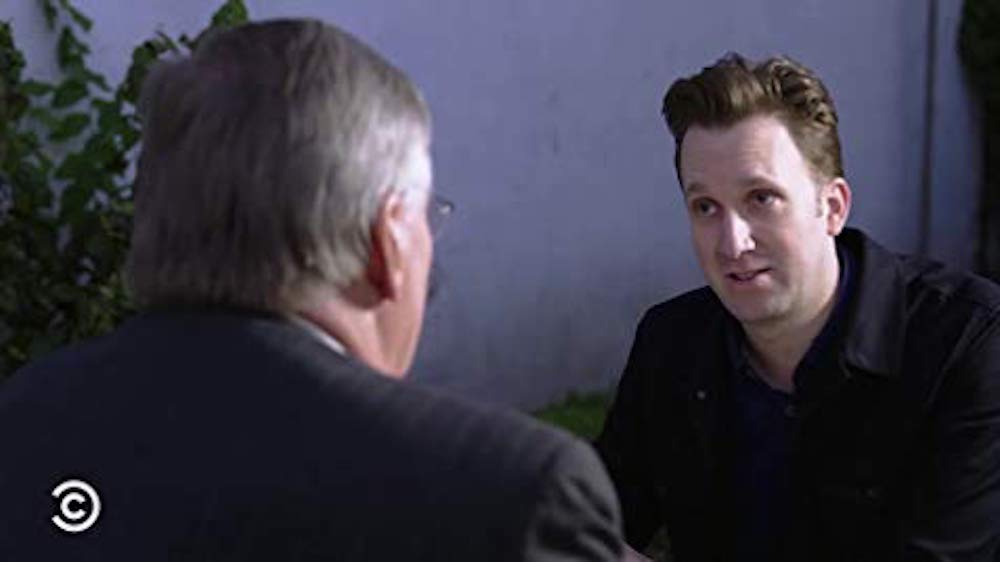 American comedian and political commentator Jordan Klepper attracted our attention when he did the show ‘The Opposition With Jodan Klepper’ on Comedy Central where his satirical commentary on the present political situation in America became a hit. This time, Klepper, in ‘Klepper’, steps out of the comforts of a studio and goes out to the public to have meaningful conversations with them. Klepper himself serves as one of the executive producers of the show along with another famous comedian and political commentator Trevor Noah.  Stuart Miller, Kim Gamble, and Kirsten Ames are other producers on the show. The first season of the show has 8 episodes with the running time of 21 minutes each.

Comedy Central’s development executives Sarah Babineau and Jonas Larsen expressed their happiness with the idea of the show, saying, “When Jordan said he wanted to travel the country to explore our most pressing issues and talk to the people on the front lines fighting for change, little did we know that he would capsize a boat in the bayou or get arrested in Georgia. But we think that his super funny, poignant, and provocative portrait of America, was (almost) worth the bodily harm and criminal record.”

Klepper Cast: Who is in it?

The comedian, talk show host and political commentator Jordan Klepper is the only constant cast member of this show. He goes to various places across the country and talks to communities to figure out their problems. Klepper started out with comedy groups like The Second City and Upright Citizens Brigade. Later he became a household name when he served as a correspondent on the Daily Show which was hosted by John Stewart.

This is the second show Klepper is doing with Comedy Central and the distinctive new approach which he brings to the show has not been without cost. Klepper did fall into some serious trouble while shooting the series. He even got arrested during a meeting in Georgia. After being released on bail, Klepper commented “Yesterday I learned many things. Police cars are not built for lanky giraffe bodies was one. Another, there are good people fighting good fights across this land. In Georgia, they are denying college admission and tuition benefits to undocumented students. These are students who pay taxes, grew up here and want to learn and give back to their community. We need more thoughtful, curious, educated young adults dedicated to making this place better. Education is a human right. Places like Freedom University are fighting the good fight. I was honored to stand with them and the other community faith leaders, teachers, and protestors. Education, not segregation. Sounds like a smart idea. If you think so, let the Georgia Board of Regents know.”

Klepper Plot: What is it about?

This is how the Comedy Central describes the show: “Klepper is a docuseries that follows host Jordan Klepper as he hits the road and leaves the comfort of his desk behind. Whether he’s in a capsized boat with environmental protesters in a Louisiana bayou or waiting to post bail at the Fulton County Jail in Georgia, Jordan is on the front lines of American activism.”

Jordan Klepper steps out of his office into the streets of America and goes around asking questions about the different conditions and problems regular Americans are going through. Klepper visits a community where war veterans are training in wrestling to help them cope up with post-traumatic stress disorder. He also goes to Georgia where there are protests being held in favor of undocumented students and talks with people at a rally protesting against the construction of an oil pipeline. Marijuana laws and problems Native Americans are facing are some of the other important issues that Klepper covers in the show.

It is a very welcome sign that such shows dealing with serious socio-political issues are being made a channel like Comedy Central. Comedy is a major tool against injustice, discrimination, and oppression. It always has been that way since time immemorial. Even the jesters in Shakespearean plays had the license to make fun of the people in power and point out their flaws through comedy. That such a politically aware show is being made by Klepper is really heart-warming.

Klepper Season 2 Release Date: When will it premiere?

Klepper Season 2 premiered on May 9, 2018. The first season of the show comprised of eight 21-minute episodes where Klepper spoke to people about the various problems they face in society. The show is politically aware and a breath of fresh air in a time when such shows are worth dime a dozen on TV.

As far as the next season goes, we don’t have an official announcement yet. Though considering the importance of shows like Klepper in the charged political climate, Comedy Central might be tempted to renew it for another season . Our best guess is that if the show does get renewed, Klepper Season 2 can release sometime in May, 2020. We will update this section as soon as we hear more.

While we wait for an update on Klepper Season 2, check out the season 1 trailer to refresh your memories.