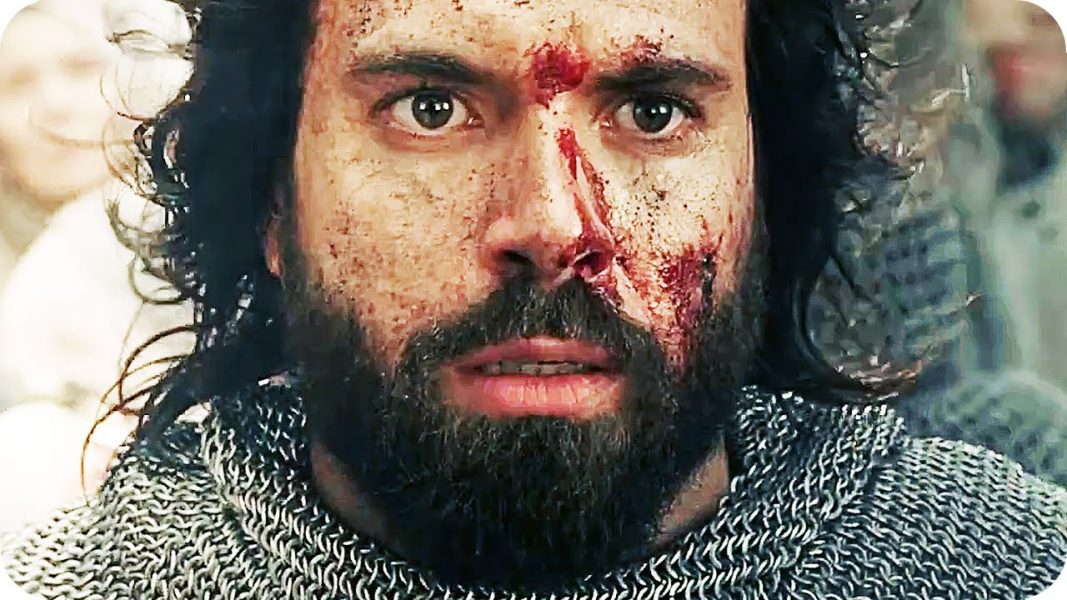 ‘Knightfall’ is a historical fiction drama television series that airs on the History channel. It premiered for the first time in the United States on December 6, 2017. The show has been created and conceptualized by Don Handfield and Richard Rayner. It is distributed by Lionsgate and is backed by production companies including A+E Studios, Midnight Radio, Island Pictures, Motor, The Combine, Stillking Films, and PAKT Media. Michael Wray and Gideon Amir are the producers of the show.

The show has been shot in exotic locations like Prague, Czech Republic Dubrovnik, and Croatia which was helpful in creating the historic atmosphere required for the drama. The 45-minute episodes were choreographed by the cinematographer Christopher Manley.

The series which chronicles the fall and persecution of the order of the Knights Templar, as orchestrated by the then king of France, had viewers engrossed with the historical facts and often stunning visuals. However, critics did not take to the show too well, and Variety outright panned it, saying, “If you set your expectations low, and just want something fairly mindless with acceptable swordplay and a couple of decent performances, you’ll be fine. If you want anything more from this show, you’re likely to be let down.” Commenting on how bearded men and swordfights became a hit among viewers after ‘Game of Thrones‘, comparisons were made between ‘Knightfall’ and other such shows like ‘Vikings‘ which has enjoyed more success among critics and fans. The reason given was, “This is a lumpy, awkwardly paced, derivative show that doesn’t boast much in the way of impressive visuals or engaging characters. Those looking for a little light history will also likely be disappointed; the story’s scattered nuggets about the context and history of the Templars are not typically made compelling in any way”.

Knightfall Cast: Who is in it?

The main cast of ‘Knightfall’ includes Tom Cullen, a ‘Downtown Abbey’ alum, who plays the role of Landry du Lauzon, who is a senior brother of the Knights Templar, and a veteran of the Crusades. Jim Carter, a fellow co-star of ‘Downtown Abbey’, plays Pope Boniface VIII, who acts as a mediating force, somewhat of an incorruptible character in a corrupt medieval world. Padraic Delaney plays the role of Gawain, who is considered widely to be the greatest swordsman of the Templar Order. Simon Merrells appears as Tancrede de Hautville, a loyal and veteran Templar.

The rest of the main cast is the French royal family and their associates, including Ed Stoppard, as King Philip IV of France, who has a problematic relationship with the Templars. Julian Ovenden plays William de Nogaret, Philip’s scheming counselor and right-hand man. A notable addition to the cast has been Mark Hamill, most famous for playing Luke Skywalker in the ‘Star Wars’ movies, who joins as Talus, the Templar veteran of the Crusades who had spent over ten years in captivity and is now made in charge of training new initiates in the order.

The rich main cast is bolstered by several supporting characters, and we expect to see a lot of them return, and ultimately head towards the inevitable ruining of relations with the French royal family, and the persecution and fall of the Templars.

Knightfall Plot: What is it about?

‘Knightfall’ recounts the tale of the fall, persecution and the inevitable end the Templars met when they were executed by being burned at the stakes. Set in the 14th century, it takes a close look at the duties of the Templars, the way they operated and dealt with the powerful members of the aristocracy and the church, who ran society. Even in the final days of the Knights Templar, the most prized object on the show that draws the intrigue and attention from viewers is the Holy Grail. Known long to possess magical properties, the show makers intentionally leave things ambiguous.

The show goes deep into the clandestine world that was inhabited by these warrior monks. For those unaware, the Knights Templar were one of the most powerful, mysterious and wealthy military orders in the Middle Ages. They had one job, which was the protection and defense of the Holy Grail, considered to be the most prized possession of Christianity, and believed to possess secrets that might be too much for mankind to bear. However, the Knights themselves have often been tempted to turn to the grail, hoping to solve their personal problems, among which was Gawain, who hoped the Grail could heal his injury and return him to his fighting condition.

Anyhow, the show chronicles the battles the Templars raged in the Holy Land, and the complexities of the relationship they had with the King of France, and the eventual betrayal that led to the Templars being disbanded once and for all. If medieval history is your thing, with plenty of court politics and fight sequences, then ‘Knightfall’ will definitely be your cup of tea. Hopefully, in the upcoming season, the show continues in a similar light, and we witness the deteriorating political relationships that the Templars have, as they struggle to keep the oath of protecting the grail, with so many powerful parties all looking for it. Hopefully, the upcoming season brings dollops of drama, politics, and action, which are the pillars this show rests on.

Knightfall Season 3 Release Date: When will it premiere?

‘Knightfall’ Season 2 premiered on March 25, 2019. While Season 3 has not been announced yet, there is a good reason to believe that History channel will continue with this show, banking on the interest viewers hold for medieval history which has been replete with heroes. Season 3 is likely to release sometime in 2020, and our best guess is that it will come out in the later part of the year, since recreating a medieval atmosphere must take quite an amount of time during the production process.

‘Knightfall’ Season 3 does not have an official trailer yet. However, you can check out the trailer for Season 2 here, to get a better idea of what the show is about.